Pepe Escobar sms up Trump's obeisance to the Saudis 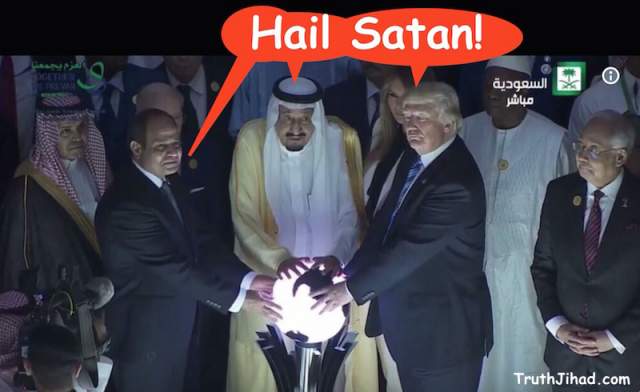 The absurdity of Trump calling for a "battle of good and evil" against terra terra terra in the totalitarian theocracy home/ ideological matrix of ALL manifestations of Salafi-jihadi dementia was not enough.

He had to call for the "isolation" of Iran, described as "responsible" for terrorism; he pushed for regime change; and he set his sights on remixed, neocon-style, hardline confrontation.

The Wahhabis got away scot free - and made a ton of deals.

No wonder the Wahhabi/Zionist/Ziocon galaxy is exulting. Yet for anyone who knows a thing or two about how terra terra terra and GWOT really works, and who pulls the strings, this speech is not only diplomatically counterproductive; it's a monumental, plain stupid bunch of lies.

Posted by seemorerocks at 10:48