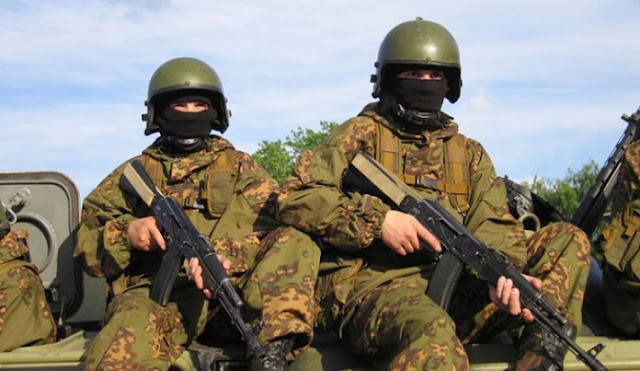 The Russian military personnel will take the role of advising the Syrian government troops in southern Syria, while also helping to deter any potential response from the U.S. and Jordanian forces that have carved a niche in the Al-Sweida and Homs governorates.

According to some media activists in southern Syria, the Russian forces are planning to build a base along the Al-Sweida Governorate’s border with Jordan; however, this could not be confirmed by Al-Masdar News.


Rumors have also surfaced regarding the deployment of the 31st Brigade of the Russian special forces; they are allegedly meant to engage the enemy forces and help the government troops seize the Iraqi border-cross
Posted by seemorerocks at 14:24