The noose is tightening for alternative news source 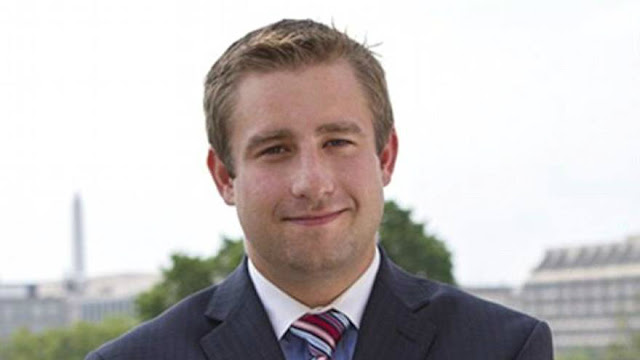 Twitter has suspended WND for its Seth Rich reporting.
A few days ago The Duran ran a post on the latest developments in the Seth Rich story citing WND, and its revelation that none other than former DNC Chair Donna Brazile had been exposed as the high ranking Democrat official calling DC police to inquire about how far a Private Investigation into the murder of Seth Rich had progressed.

Now in a stunning WND exclusive, Twitter has suspended WND for its Seth Rich reporting…Deactivating their account over the story about Donna Brazile’s involvement.

The full spectrum paranoia being displayed by the liberal left and the Deep State with regards to anything “Seth Rich” will only server to strengthen speculation that this story runs much higher and much deeper than just a simple botched robbery.
As a reminder, WND reported…

“The high-ranking DNC official that called the police after I inquired about Rich’s case was Donna Brazile,” veteran homicide detective Rod Wheeler told WND. “Why shouldn’t I reveal who it was?”

To promote the story, WND tweeted…

A couple of days ago, WND ran a story entitled “Bombshell: Donna Brazile Warned Off Private Eye On Seth Rich Murder.”  The story was sourced back to on-the-record quotes provided by Detective Rod Wheeler who was hired by the Rich family shortly after their son’s suspicious murder in July 2016.  Among other things, Wheeler said that it was former Democratic National Committee interim chairwoman Donna Brazile who allegedly called police and the Rich family and demanded to know why a private investigator was “snooping” into Rich’s death.

Unfortunately, Twitter seemed to take issue with the story and sent a message to WND demanding that they “Delete Tweet.”

WND refused to remove the tweet, and rightly so. WND was reporting news…the post was well balanced and fully sourced. There was no violation of any of twitter’s “abusive behavior” rules.
In an act that can only be seen as politically influenced, twitter decided to censor WND, freezing their account.

“We have determined that you have violated the Twitter Rules, so we’ve temporarily limited some of your account features.  While in this state, you can still browse Twitter, but you’re limited to only sending Direct Messages to your followers – no Tweets, Retweets, or likes.”

Twitter refused to highlight which of their rules (which can be found here) had been violated when asked by WND.  After a quick review, we must admit that we would have a hard time identifying which rule was ‘violated’ as well.

Here is a list of Twitter’s “Abusive Behavior” rules. Can you figure out which rule WND violated?
Zerohedge rightly points out that twitter did not take such action after the many fake news posts were promoted by the likes of CNN, the WaPo, or the NYT, including the very fake and very disgusting Trump “hotel room” dossier…

But that’s not really the point now is it?  Perhaps the reason we can’t find the ‘rule’ that was violated is because Twitter doesn’t overtly publish their policy which demands the censoring all media which conflicts with their ‘progressive’ worldview.

Or maybe Twitter simply deemed the story to be ‘fake news’?  If so, perhaps Twitter could share their evidence that negates the on-the-record quotes reported by WND.  Or, maybe Twitter just assumed that an upstanding citizen like Brazile, a woman who destroyed her own integrity by sharing debate questions with Hillary’s campaign and subsequently lying about those actions on every media outlet in existence, would never do such a thing.

Moreover, if Twitter is now in the business of censoring ‘fake news’ then perhaps they can explain why our friends at CNN, the New York Times and the Washington Post seem to be able to publish numerous ‘fake news’ stories, on a daily basis, without consequence?  Remember that whole ‘Golden Showers’ dossier that CNN pumped relentlessly over Twitter that was subsequently debunked with very minimal efforts.

Here is the Zero Hedge story

I disagree that Superstation95 is a "fake news" site. I have frequently got up-to-date material that is not available elsewhere.

What they are, like InfoWars is biased. Bias is something that a discriminating reader can deal with.

I have found, almost without exception that western readers (especially Americans) are absolutely incapable of reading between the lines such as what Russians and East Europeans are very adept at.

"What was it like living under communism as opposed to the west? We KNEW we were being lied to" 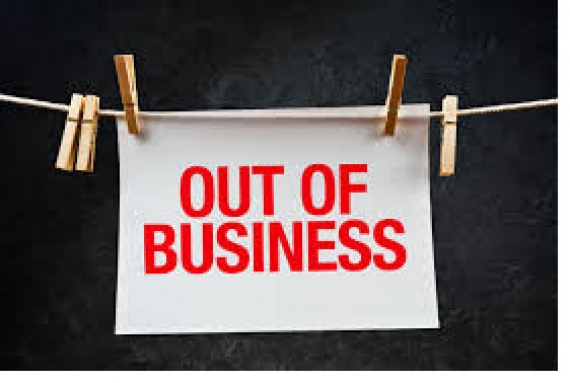 SuperStation95.com came online in October, 2015 and skyrocketed to over two million visitors p/mo. quickly.  As the US Presidential Election got heated, sites like ours which opposed Hillary Clinton got smeared as "Russian Propaganda" and "Fake News."  A Washington Post story on November 24, widely disseminated these scurrilous attacks.  The allegation of "Russian Propaganda/Fake News" was completely false, but that didn't matter to WaPo, which admitted they never investigated the claims by a new, unknown group, who lobbed the Fake News accusation.  WaPo ran the story nonetheless and like a sledge hammer, our visitor count began plummeting.

Later, WaPo backed-off the story, by adding the following disclaimer:

The Washington Post on Nov. 24 published a story on the work of four sets of researchers who have examined what they say are Russian propaganda efforts to undermine American democracy and interests. One of them was PropOrNot, a group that insists on public anonymity, which issued a report identifying more than 200 websites that, in its view, wittingly or unwittingly published or echoed Russian propaganda.

Useful idiots (like Snopes.com, RawStory.com, and others)  who supported Hillary Clinton, made tremendous use of the WaPo story, even after WaPo eased-off their un-investigated report.  The radical leftists hurled the "fake news" allegation as often as they could.  It seemed to us they were taking revenge for Hillary Clinton's election loss by trying to discredit sites that did massive damage to Hillary's campaign through the reporting of WikiLeaks email revelations, which our site and others reported widely.
Visitor counts to this web site began dropping immediately after WaPo ran that story and have now dropped so low, the revenue from this site can no longer support its existence, nevermind pay staff and for office space.
We have provided to all our employees who have now lost their jobs, the names and home addresses of the WaPo reporter(s) who did the story, in case those employees want to have a personal word with those folks.
We thank all the people who visited this site and helped propel our growth because they knew we were credible, accurate, and - many times - FIRST with breaking news.
We're sorry we have to go, but such is the case.
Listeners in New York City will hear that FM Station 95.1 - a separate business from this web site -- is broadcasting Christian religious content.
Goodbye and best of luck to all of you.

Is Fox News about to lose its last remaining "old school" anchor holdout?

According to Philly.com, Hannity is taking "a couple days off amid a growing advertiser boycott" over Hannity's pursuit of the Seth Rich story - an parallel to Bill O'Reilly's final days - and so far, seven advertisers are said to have pulled out of Hannity’s show.

Cars.com was the first advertiser to announce it was pulling ads, telling Buzzfeed News on Wednesday afternoon that “we’ve been watching closely and have recently made the decision to pull our advertising from Hannity.” It was followed by exercise bike company Peloton (which just closed a $325M Series E round financing), Leesa Sleep; mattress retailer Casper, insurance company USAA; home security equipment maker Ring and Crowne Plaza Hotels, all of which announced they would be redirecting their ad buys from Hannity’s shows.
Meanwhile, the Five host Kimberly Guilfoyle, who has confirmed speaking to the White House about potentially replacing press secretary Sean Spicer, will be filling in on Hannity on Thursday and Friday. 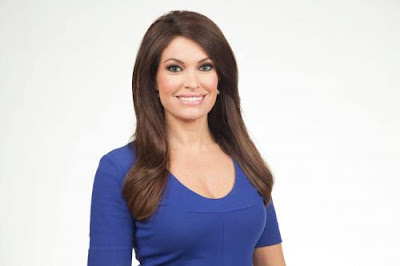 According to Philly.com, it is unclear if Hannity will still host his syndicated radio show on Thursday and Friday, which airs at 6 p.m. in Philadelphia on 1210 WPHT.

In any case, as noted above, so far the timeline of events surrounding Hannity is strikingly similar to how events unfolded for former Fox News host Bill O’Reilly, who following a New York Times report that revealed O’Reilly paid five former Fox News personalities $13 million to settle claims of sexual and verbal harassment, took an abrupt vacation amid a growing exodus of advertisers from his show. Despite assurances from the network that the vacation was pre planed, Fox News fired O’Reilly eight days later.

In interviews with Philly.com, Fox News contributor Julie Roginsky slammed the network, calling it “really egregious” to allow Hannity, Gingrich and others to discuss the death of Seth Rich.  “We know the facts. Wikileaks was in collaboration with the Russians,” Roginsky said.“How do we know this? Because the entire intelligence community said that the Russians were the ones who hacked into these emails. This is not in dispute.”

Well, actualy it is because 5 months later the so called entire intelligence community hasn't presented one schred of evidence yet as Ron Paul has repeatedly, patiently, and lofically pointed out.

What is not in dispute, however, is that if Hannity were to also leave Fox - the last of the original anchor line-up that boosted Fox News to the top of the ratings charts - the Nielsen chart of Rupert Murdoch's organization, already in tailspin, will move from the upper left to the bottom right, to quote Gartman, as traditional viewers continue to bail for alternative outlets.


A Shadowy Corporate Lobby May Be Quietly Trying to Ban Protesting Across the U.S.


So many anti-protest bills have been passed since Trump’s election that the ACLU has launched its own interactive map just to track the legislation. At the writing of this article, at least 25 bills have been introduced across 18 different states.


Unsurprisingly, the North Dakota State legislature has the most anti-protest bills of all the States, with six introduced since November. What is striking about the Statewide legislation, however, is not the quantity of the bills, but the similarities between them

HARVARD STUDY: TWO THIRDS OF AMERICANS BELIEVE MAINSTREAM MEDIA IS ‘FAKE NEWS’
“Much of the media is now just another part of the partisan divide in the country."

A Harvard University study has confirmed that a majority of Americans across the political spectrum believe that the mainstream media publishes ‘fake news’.

The survey found that a whopping 65 percent of voters do not trust the media, and concur with President Trump that the likes of CNN and the Washington Post push false information.

The poll indicated that 80 percent of Republicans, 60 percent of independents and 53 percent of Democrats all share the opinion. The results were provided exclusively to The Hill.

The authors of the study also noted that it seems to be the media’s obsession with attacking Trump over anything and everything, even though most topics are non-issues, that is driving the backlash.

“Much of the media is now just another part of the partisan divide in the country with Republicans not trusting the ‘mainstream’ media and Democrats seeing them as reflecting their beliefs,” said Harvard-Harris co-director Mark Penn.

“Every major institution from the presidency to the courts is now seen as operating in a partisan fashion in one direction or the other.” Penn added.
The latest poll comes on the heels of another Harvard study that discovered the media is overwhelmingly bias against Trump in its coverage.

The Shorenstein Center on Media, Politics and Public Policy collated statistics from media coverage ranging across 10 mainstream television news networks, as well as print newspapers, and found that some of those media organisations broached stories about Trump with a negative tone in up to 98% of reports.


Several recent polls have found huge distrust in the media, including a Gallup survey from September that found only 32 percent of Americans trusted the media.
Posted by seemorerocks at 14:24