Great Barrier Reef can no longer be saved, Australian experts concede
'In our lifetime and on our watch, substantial areas of the Great Barrier Reef and the surrounding ecosystems are experiencing major long-term damage' 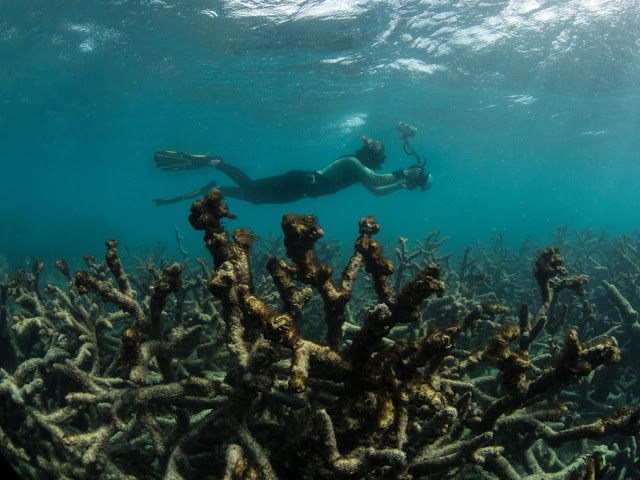 The Great Barrier Reef – a canary in the coal mine for global warming – can no longer be saved in its present form partly because of the “extraordinary rapidity” of climate change, experts have conceded.

Instead, action should be taken to maintain the World Heritage Site's 'ecological function' as its ecological health declines, they reportedly recommended.


Like coral across the world, the reef has been severely damaged by the warming of the oceans with up to 95 per cent of areas surveyed in 2016 found to have been bleached. 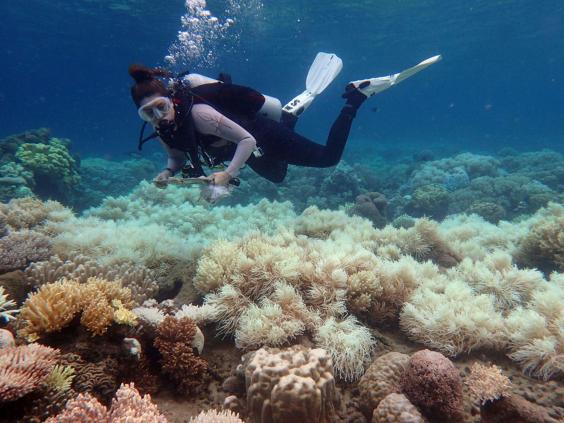 Bleaching is not always fatal but a study last year found the “largest die-off of corals ever recorded” with about 67 per cent of shallow water coral found dead in a survey of a 700km stretch.

Now experts on a committee set up by the Australian government to improve the health of the reef have revealed that they believe the lesser target of maintaining its “ecological function” is more realistic.

In a recent communique, the expert panel said they were “united in their concern about the seriousness of the impacts facing the Reef and concluded that coral bleaching since early 2016 has changed the Reef fundamentally”.

“There is great concern about the future of the Reef, and the communities and businesses that depend on it, but hope still remains for maintaining ecological function over the coming decades,” it said.
“Members agreed that, in our lifetime and on our watch, substantial areas of the Great Barrier Reef and the surrounding ecosystems are experiencing major long-term damage which may be irreversible unless action is taken now.
“The planet has changed in a way that science informs us is unprecedented in human history. While that in itself may be cause for action, the extraordinary rapidity of the change we now observe makes action even more urgent.” 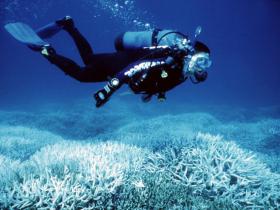 It recommended that reducing greenhouse gas emissions “must be central to the response”.


“This needs to be coupled with increased efforts to improve the resilience of the coral and other ecosystems that form the Great Barrier Reef. The focus of efforts should be on managing the Reef to maintain the benefits that the Reef provides,” it added.
While the committee's communique did not expressly give up hope that the reef could be saved in its current form, the Guardianreported that two experts on the committee, speaking anonymously, revealed they had recommended introducing the goal of maintaining "ecological function" at a recent meeting.

And the Great Barrier Reef Marine Park Authority explained what that would mean.
“The concept of ‘maintaining ecological function’ refers to the balance of ecological processes necessary for the reef ecosystem as a whole to persist, but perhaps in a different form, noting the composition and structure may differ from what is currently seen today,” the authority said.
Professor Ove Hoegh-Guldberg, who sits on the expert panel, told the newspaper they were trying to manage reefs in a “rapidly changing world”.
“So managing to restore the reefs of the past – the way they were prior to the big insults of the 80s, 90s and 2000s ... maybe we need to be looking at this in a different sense,” he said.
“What are the key ecological functions? Essentially, what roles do they play that are important to humans?”
The expert committee's views could lead to the reef beingdeclared a World Heritage Site "in danger", a finding that the Australian government has resisted

Posted by seemorerocks at 14:10