Another Aircraft Carrier Strike Group Sent To The Korean Peninsula

In an unprecedented move in US Naval history, President Donald John Trump has now committed a third Aircraft carrier strike group to operations off the Korean peninsula.

The US Navy, in an unprecedented move, is sending a third carrier strike force to the Western Pacific. The USS Nimitz Carrier Strike Group 11, will leave Naval Base Bremerton, Washington state on Thursday to join the strike groups centered around the Carl Vinson and Ronald Reagan parked off the Korean coast.
Three aircraft carriers in the region suggests President Donald Trump is going to violently force the North Korea issue soon. Naval intelligence sources have told both Voice of America and a Japanese newspaper that the deployment of the Nimitz is meant to serve as a warning to North Korea.
The Trump administration deployed the strike force to put pressure on Pyongyang to refrain from more nuclear and missile tests amid mounting concern that it will soon acquire the capability to launch intercontinental ballistic missiles that can strike American high value targets.
There is plenty to warn the North Koreans about. They are apparently ready to conduct their sixth test of a nuclear device. The device, in all probability, has already been buried in a tunnel at the Punggye-ri test site in the northeastern part of North Korea.
Satellite imagery indicates that all initial preparations have been completed for another North Korean nuclear test. Currently, the North in recent days has been launching ballistic missiles at the rate of about one a week in what is obviously an accelerated program to reach a goal Washington does not want to find out about the hard way.
And this is where the Nimitz comes in. The carrier was scheduled to deploy to the Middle East, but now it has been rerouted to the Western Pacific because of the tensions on the Korean peninsula.
“I served in the US Navy from 1986 to 2015, and I do not remember a time that the US has ever deployed three aircraft carrier strike groups to the Korean peninsula,” James Fanell, former director of Intelligence and Information Operations for the US Pacific Fleet, told News Front Saturday. “If I were Kim Jong Un, I’d move deep underground.” That would be a good place for the North Korean leader.
Should Kim think Trump is bluffing with the Carl Vinson, the Ronald Reagan, and the Nimitz and he proceeds with his launches and detonations, the American president will find himself in an uncomfortable position. Bringing in three carrier groups and not using them sends a bad signal that would be obvious to others-like Russia and China. 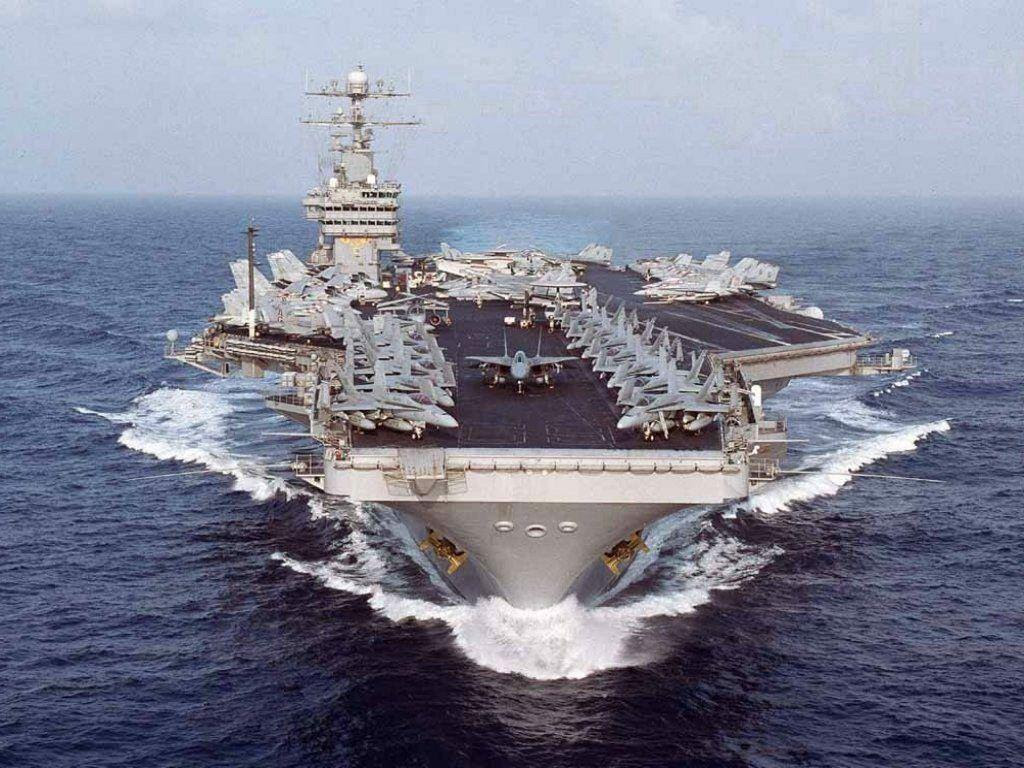 Posted by seemorerocks at 19:15