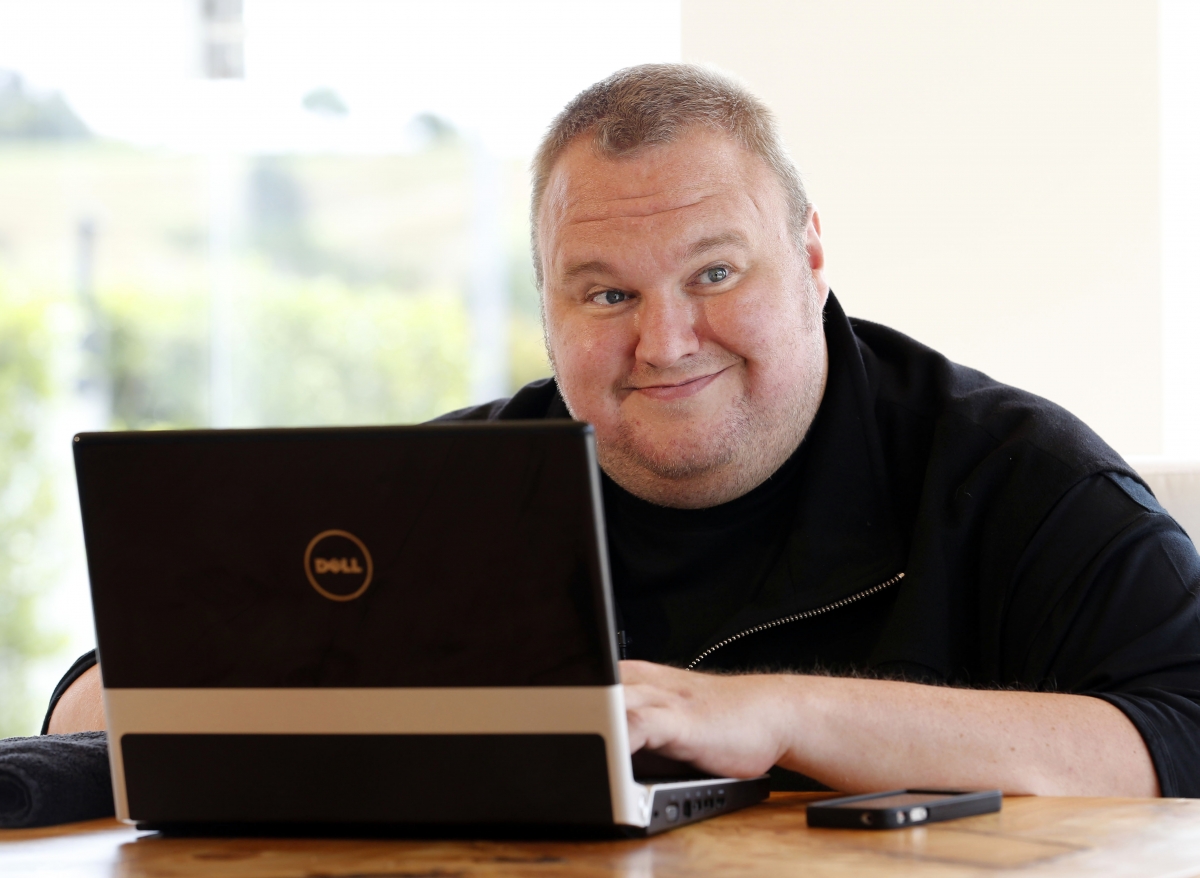 Internet entrepreneur Kim Dotcom is currently embroiled in a row over claims he might have hacked into the email of murdered Democratic National Committee (DNC) staffer Seth Rich.

1. As you know, you and I have previously corresponded after I reached out to you to offer my assistance with the GoFundMe campaign on behalf of the family of Mr Rich (family). I understand from our communications that you are representing the family in relation to the ongoing investigation into Mr Rich's death and I am writing to you in that capacity.

2. In particular, I am writing regarding recent statements about me that have been reported globally (including in New Zealand) and attributed to the family. As set out in more detail below, some of these statements are false and defamatory.

3. The purpose of this letter is to formally request that the family and their representatives cease from making such statements about me going forward. This request is made in the spirit of us constructively moving forward and allowing the investigation into the DNC leak to progress without delay so that there can be an informed decision on whether it had any involvement in Mr Rich's death, as many fear.

4. However, if these statements do not cease, it will be necessary for me to take further action. It is ironic that the family complain of others potentially making statements that they fear (without actually knowing) will be incorrect and then make incorrect statements about me themselves.

5. I remain prepared to assist in the investigation, as I have said. While I want to show understanding to the family in this difficult time, I also maintain that what I have said is true and will be substantiated upon investigation. While that may be difficult for the family to accept, in time I expect it to play a valuable part in revealing the truth. However, that is a matter for the current investigation. I simply wish to make sure that the investigators have the benefit of my evidence.

6. I have said that I will share what I know, and why, with the relevant authorities if the appropriate arrangements can be made. That is what I understand from our
communications the family also want. The family, once fully informed, can then make up their own mind, as will the investigation. However, that will not happen by ignoring the evidence of witnesses like me who are prepared to speak up, or by seeking to discredit such witnesses by pre-emptively attacking their credibility. I simply ask that the family listen, before attacking.

7. The statements in question include:


(a) variations on the statements below reported in the Washington Post article 'The lifeand death of the Seth Rich conspiracy theory'; and

(b) allegations in the letter I understand the family sent to Fox News to the effect that Ihave previously used false evidence.


8. Both are without any factual basis, for the reasons set out below.

When Seth Rich's Gmail account received an alert this week from Mega.com, attempting to start a new account on a website created by the New Zealand-baed Internet businessman and convicted hacker Kim Dotcom, his family knew that something was off.Over seven frenzied days, Dotcom had become a leading purveyor of the theory
that Rich, a staffer at the Democratic National Committee who was shot dead near his home in Northeast Washington last summer, had supplied DNC documents to WikiLeaks and was killed as a result. Multiple security analysts and an FBI investigation have tied the release to hackers with ties to Russia. D.C.police have said repeatedly that they think Rich was slain in a random robberyattempt.

According to experts and Rich's family, the emailed invitation from
welcome@mega.nz appeared to be an attempt to gain access to Rich's email. Joel Rich, who maintains his late son's Gmail account, did not click the link. Meanwhile, Dotcom was promising on Twitter to prove that the younger Rich had been in contact with WikiLeaks — and Fox News host Sean Hannity was telling his 2.37 million Twitter followers to be ready for a revelation.

The latest revelation — that a hacker from New Zealand may have been trying as recently as this week to hack into Rich's email — offered fresh evidence that the conspiracy theory is false. Dotcom, it seemed, may have been willing to create a fake archive of emails from Rich to "prove" his role in the DNC hack.

10. The clear inference the reader is invited to draw from the above is that I attempted to hack Mr Rich's email account. This is simply not true and is made without any genuine foundation. As you know, the email correspondence between us can be checked and contains no such threat.

11. It is alleged that Mr Rich's email account received a verification email from mega.nz. That may be so. But that does not mean that any attempt was made to hack his email account. Literally anyone could have gone to Mega.nz and registered an account there using Mr Rich's gmail address, which was publicly known. That would then have resulted in Mega sending a verification email to that address. If someone had registered Mr Rich's email at Dropbox for example, Dropbox would likewise have sent a confirmation link. That has nothing to do with hacking.

12. If there has been an attempt to hack Mr Rich's email account, I know nothing of it and there is no connection to me. There is no credible basis in fact to link me to any attempted hacking of Mr Rich's email. If the family genuinely believe they can establish a link, which I do not accept, then by all means disclose that and I will respond to it and rebut it openly. I would welcome this. Once the allegation is shown to be without foundation, the focus could once again return to the DNC leaks and Mr Rich's death.

13. The suggestion that I am attempting to plant evidence into Mr Rich's email account would appear to be an attempt to discredit any evidence I may give before I have a chance to give it. That those who seek to speak the truth are, as I have been, subjected to a smear campaign to try to discredit them indicates to me that the truth is known and not welcome.

14. The family's letter to Fox News includes the following false statements about me:


(a) "In March, Kim circulated a letter purporting to show a conspiracy against him".

(b) "New Zealand law enforcement officials investigated the letter thoroughly and
discovered without a shadow of a doubt that the letter was a forgery".

(c) "[He has] in the past, been caught using fabricated email evidence to forward his own agenda and confuse people".

(d) "[He is] known to have pushed false evidence in the past".


15. These statements are incorrect because:


(a) I did not, in March or at any other time, circulate a letter purporting to show a
conspiracy against me. The alleged "letter" and "fabricated email evidence"
referred to is an alleged email from Kevin Tsujihara (Chief Executive of Warner
Brothers) to Michael Ellis (Asia-Pacific president of the Motion Picture Association
of America) (Email). The Email came to light in 2014. I did not publish, and never
used, this email as, once it was provided to me, I was concerned as to whether it
was reliable.

(b) I did not circulate the Email. Rather, the New Zealand Herald obtained a copy of the Email and published it. For my part, I have publicly and transparently stated
that the email was easy to discredit because it did not have headers and I declined to use it for that reason. It is a matter of public record that the Email was not in fact used or disclosed by me. This is of course the opposite of what the statements in the family's letter contend.


16. Accordingly, there is no factual basis for the statements in the letter. To the contrary, the facts clearly indicate that I was not prepared to, and did not, use evidence that could not be verified. To suggest otherwise is misleading and defamatory.

17. The statements above appear to have been a calculated "pre-emptive strike" on my reputation and credibility. The sad irony is that, as my conduct since receipt of the family's email clearly shows, I was, and remain, prepared to accommodate the family's wishes. Indeed, for respecting their wishes and making no further public comment, I have been subjected to considerable criticism online and in the global media. However, I was prepared to weather this criticism in the interests of accommodating the family's concerns.

18. It is unfortunate that matters have come to this as my objective is the same as the family's – to see that the truth comes out and justice is done. What appears to have been overlooked is that the easiest thing for someone in my position to do in this situation would be to say nothing at all. However, that would not have helped or been right.

19. As should be clear from my conduct, and the emails we exchanged, I do not wish to cause any distress for the family. But nor can I sit idly by without communicating what I know to the appropriate authorities. I will, through my legal team, progress the necessary arrangements with the authorities.

20. As I have repeatedly stated, while this process is ongoing, I do not intend to make further public comment. However, I now find myself in the invidious position where, out of deference and respect to the family, I have declined to make further public comment but now find my reputation and credibility under attack from the family. If I am forced to respond publicly to these incorrect and unfair allegations, it would have the opposite effect of what the family has asked me to do and I have sought to accommodate.

21. I therefore request that, in the meantime, the family refrain from repeating the false statements described in this letter. I have not taken the step of commencing defamatio proceedings in relation to the above statements although I would be entitled to do so in New Zealand. I reserve all of my rights and remedies in this regard. My preference is that the family and I move forward together. If, after learning what I have to say through the appropriate channels (as requested by the family), the family choose not to accept it, that is a matter for the family. I seek only to pass on what I know so that the truth can be fully and openly investigated and then reported on. Why that should cause me to be unduly attacked raises more questions than it answers. My view is that the truth is not something to be feared.

22. If, however, the statements are repeated, I will have no choice but to consider the formal legal options available to me. I hope this will not be necessary, hence this correspondence.

23. Please consider this request made in good faith and confirm by return that the family and its agents will cease from further linking me to the alleged attempted hack of Mr Rich's email and other unsupportable allegations.