Floods leave many dead in Ghana 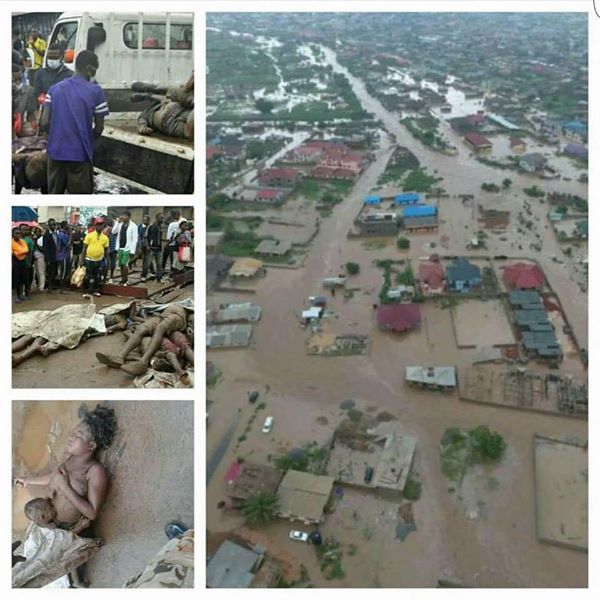 It's been 7 days now, Ghana is flooded, OUR people are dying every minute and there's no media coverage, there's no Facebook option to change our profile pictures to that of Ghanas flag, there no ‪#‎prayforGhana‬ trending

I got in so much hot water when I spoke about the Paris tragedy when it happened.. I refused to post about the Orlando shooting as well yet I watched my friends change their Facebook profiles to support the Orlando Victims.

Floods leave many dead in southern Ghana
Deadly downpours cause widespread flooding along the Cape Coast as the West African wet season intensifies. 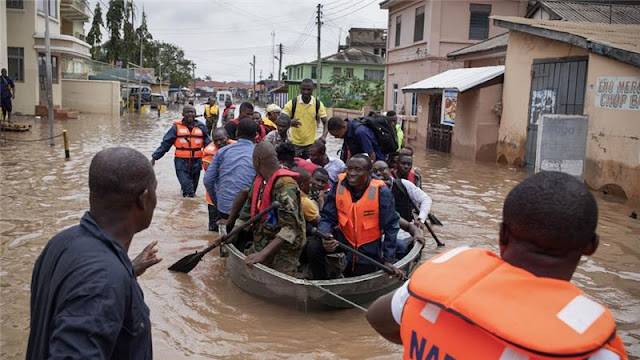 Four days of heavy and steady rain has left at least 10 people dead in the south of Ghana. The streets of Accra have been left under water after the torrential downpours caused widespread flooding earlier this week.

The nation's capital was hit bit 185mm of rain on Sunday, which is more than they would expect for the entire month of June. This is the wettest month of the year with an average rainfall of 178mm.

Since the weekend a further 50mm of rain has fallen exacerbating the severe problems already faced. President John Dramani Mahama has surveyed the areas concerned. He was reported to have driven through several neighbourhoods on a motorcycle.

"In all we have 10 to 12 who lost their lives during this rainy season."

The rains come too late to save the nations struggling coca crop. The region's Harmattan winds have been blamed for likely poor yield.

The Harmattan is the cold, dry wind that blows across West Africa from the Sahara during the winter months. It does have a tendency to sap the moisture from the soil and can spoil the cocoa seeds.

The rains finally arrived in March. Since then they have been insufficiently light and patchy until recently.

This current spell of heavy showers is set to continue well into next week.

The rainy season is not expected to ease significantly until early July.