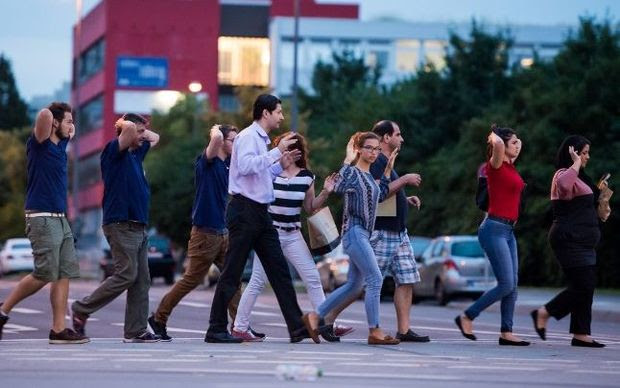 A manhunt in the German city of Munich is underway after gunmen went on a shooting rampage in a shopping mall.

Munich police said on Twitter that eight people had been killed in the shootings and there were an unknown number of casualties.

The Bavarian capital is under a state of emergency as police hunt for the gunmen, with special forces deployed in the city.

A police spokesman said up to three gunmen were on the run after the initial shooting.

People have been told people to stay in their homes or seek shelter indoors while the shopping mall shooting emergency remains ongoing.

Munich police said they suspected it was a terrorist attack. 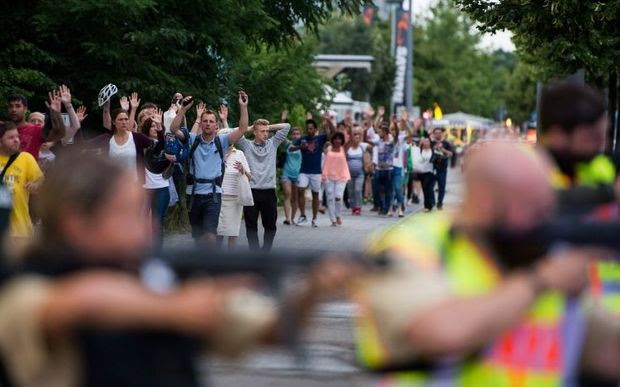 Munich newspaper TZ has reported that one of the gunmen may be dead.

"We have received information that is as yet unconfirmed that one of the perpetrators is dead, the area around the body has been closed off because it is not clear if the person has explosives on him," the newspaper said on its website.

A Munich police spokeswoman said no suspects had been arrested yet, she said.

"We believe we are dealing with a shooting rampage," the spokeswoman said.

A spokesman for the Munich police said up to 100 people witnessed the shooting attack. Police are urging people not to publish any photos or footage they may have of the attack, and instead send them to police.


Germany cannot confirm that the shooting attack in Munich in which at least nine people were killed on Friday was an act of terrorism, Chancellor Angela Merkel's chief of staff said.

"We cannot rule out that it is linked to terrorism but we can't confirm it either, but we are also investigating in this direction," Peter Altmaier said on German television.

He added that the security cabinet would hold a meeting midday on Saturday to assess the situation.

German Foreign Minister Frank-Walter Steinmeier said the motive for the attack was not yet clear. 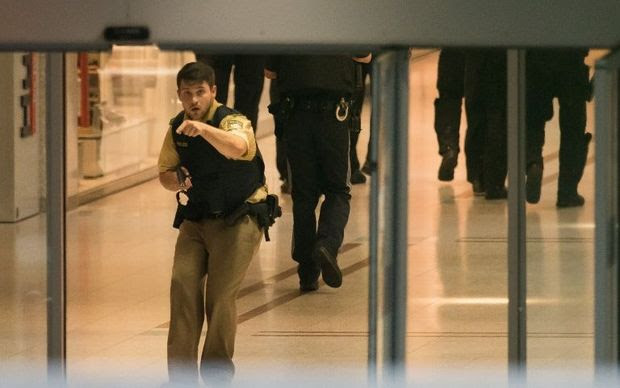 "The motives for this abhorrent act have not yet been completely clarified - we still have contradictory clues," Steinmeier said in a statement.

The hashtag #opendoors has been set-up to help those unable to leave the city find a safe place to shelter.

There is no information about a possible motive for the attack.

Security forces have been on alert after a teenage migrant stabbed and injured five people on a train in Bavaria on Monday.

The authorities had warned of the danger of further attacks....[ ]