Putin's after the voting machines now 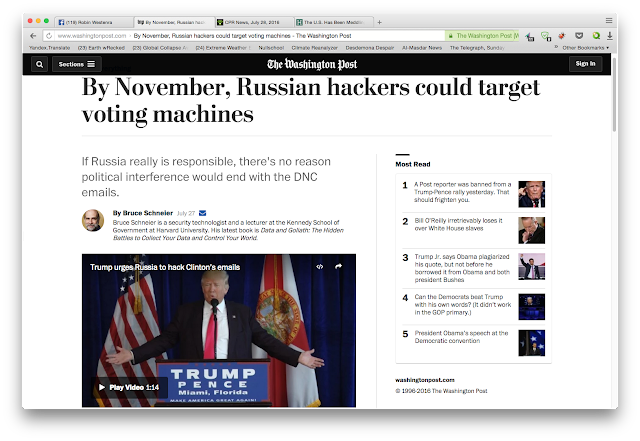 Russia was behind the hacks into the Democratic National Committee’s computer network that led to the release of thousands of internal emails just before the party’s convention began, U.S. intelligence agencies have reportedly concluded.... This kind of cyberattack targets the very core of our democratic process. And it points to the possibility of an even worse problem in November — that our election systems and our voting machines could be vulnerable to a similar attack.

If foreign governments learn that they can influence our elections with impunity, this opens the door for future manipulations, both document thefts and dumps like this one that we see and more subtle manipulations that we don’t see.....

Retaliation is politically fraught and could have serious consequences, but this is an attack against our democracy....

Even more important, we need to secure our election systems before autumn. If Putin’s government has already used a cyberattack to attempt to help Trump win, there’s no reason to believe he won’t do it again — especially now that Trump is inviting the “help.”

Actually what this article is about is voting machines. 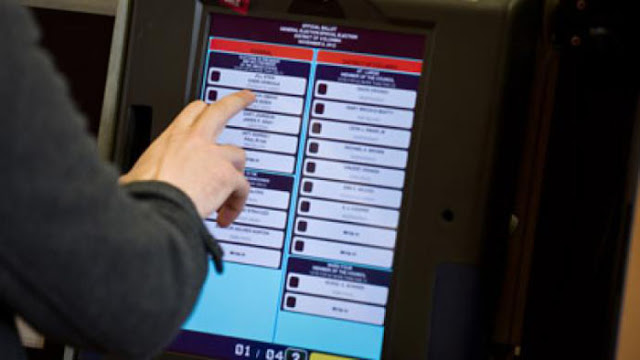 Over the years, more and more states have moved to electronic voting machines and have flirted with Internet voting. These systems are insecure and vulnerable to attack.....

We no longer have time for that. We must ignore the machine manufacturers’ spurious claims of security, create tiger teams to test the machines’ and systems’ resistance to attack, drastically increase their cyber-defenses and take them offline if we can’t guarantee their security online.

Longer term, we need to return to election systems that are secure from manipulation. This means voting machines with voter-verified paper audit trails, and no Internet voting. I know it’s slower and less convenient to stick to the old-fashioned way, but the security risks are simply too great.
All this is worthy of Stalin’s Russia or Hitler’s Germany!
This article's headline points out the inconvenient truth while buying the line of Putin interfering in the political process 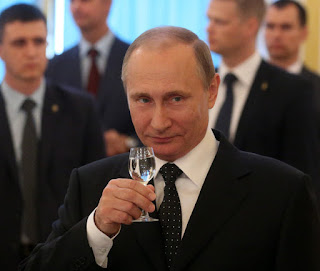 The U.S. Has Been Meddling In Other Countries’ Elections For A Century.It Doesn’t Feel Good