Now why would they do that? 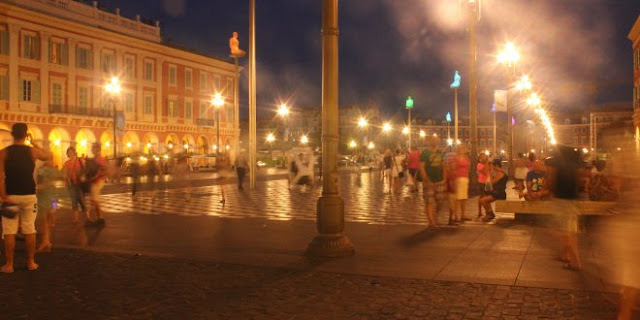 A report in 21st of July edition of Le Figaro newspaper states that France’s anti-terrorist executive ( sous-direction anti-terroriste- SDAT) has ordered Nice’s urban surveillance authorities to destroy all CCTV footage of the Nice Attacks on Bastille Day that rocked the city on the 14th of July 2016.

Although SDAT have cited articles 53 and L706-24 of the prosecution procedure and article R642-1 of the penal code, authorities in Nice interviewed by Le Figaro say that it is the first time they have ever been asked to destroy evidence at a crime scene – something they point out is illegal.

The explanation given by the French Ministry of Justice is that they don’t want ‘uncontrolled’ and ‘non-authorised (non maîtrisée) diffusion of the images of the terrorist attacks. The Judicial Police have noted that 140 videos of the attacks in their possession show ‘important pieces of the inquiry’ (éléments d’enquête intéressants). The French government claims it wants to prevent ISIS from gaining access to videos of the attacks for the purposes of propaganda. They also claim that the destruction of evidence is intended to protect the families of the victims. The comments section of the Le Figaro article is replete with outrage and disgust by the fact that the French government, instead of preserving evidence for the purposes of a thorough, independent investigation, is in fact behaving rather more like the chief suspect in the attack – ordering the destruction of vital evidence.

An article in France’s l’Est Républicain newspaper attempts to reassure the public of the French government’s bona fides with the title ‘No, the footage of the attack has not been deleted’. The report asserts that the Ministry of Justice have not ordered the destruction of evidence but just the deletion of the images from the cameras in Nice. This reassurance might be enough to placate those who are loathe to question the narrative of the war on terror. But, as the recent booing of French Prime Minister Manuel Valls in Nice showed, the French people are waking up.

Now France’s Judicial Police and anti-terrorist authorities want to destroy evidence of the attacks. In most crime cases, those who destroy or seek to destroy evidence are usually trying to cover something up. I have already pointed out some of the inconsistencies in the story we have been told about the Nice massacre. I have not claimed nothing happened or no one was killed but rather that the video evidence so far presented does not match the story. Perhaps new video evidence proving the government’s story will emerge. Let’s hope so! If researchers and journalists with a proven record of peace advocacy and a passion for truth and honesty in reporting were to gain access to those videos, ISIS would be weakened not strengthened.

But we would be naive to believe the French government intends to weaken ISIS, given the incontrovertibly proven fact that they support the child-murdering head choppers in Syria. While some will find their comfort zones and systems justification syndrome perturbed by this information, many more will simply fall back to sleep.Falling asleep is easier in the short term but in time people will realise that the mattress is being pulled from under them, so that when they wake up in terrible discomfort, it will be too late. It’s time to wake up!

Gearóid Ó Colmáin is an Irish journalist and political analyst based in Paris. His work focuses on globalisation, geopolitics and class struggle.