I have occasion to wrote of Robertscribbler one last time 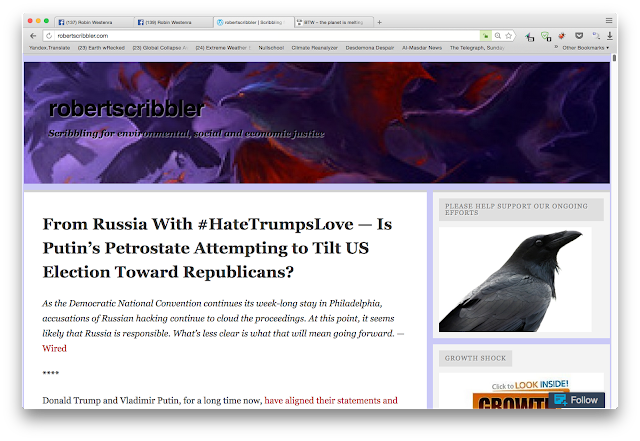 I have just finished listening to Prof. Stephen F. Cohen and JohnBatchelor talking about neo-McCarthyism in the United States.

In their program they talk about the atmosphere of smears, not only against the Russians in every sphere but now against one of the presidential candidates, Donald Trump.

They sound a warning saying that this time round the attack is coming,not from the Right, but from the Liberals – the war party of Hillary Clinton and the neo-cons that have now thrown their weight behind her election campaign.

I fail to think of two more rational, clear-thinking and reasonable people to warn about the rising tide of what is actually fascism in the West.

I have made my own position clear that I believe Mr.Trump to be the perfect candidate for the United States as it is at the moment. Despite the seeming insanity if you listen to what he says he has an unnerving ability to be a lot closer to the truth than his liberal.neo-conservative rivals.

The distinction between these two candidates has been so well enunciated by Swiss Marc Faber of the Doom Gloom Report that I quote it frequently.


My interest, as an outsider is not so much on Mr. Trump's impact on America (and his language is full of the hate that so characterises much of what was once a decent society).

My concern is with the fate (indeed, the survival) of the world.

For it is the dual threat of

I have had reason to argue with Robertscribbler and what I would have regarded as unjustified optimism in the face of his own arguments.

I am quite happy to live with anyone with a contrary position so long as they also display some tolerance and "agree to disagree".

Unfortunately, Robertscribbler has no similar inclinations and has banished from his comments page anyone who departs in even a mild way from his own position.

Now he has, through posting the article, From Russia With #HateTrumps Love — Is Putin’s Petrostate Attempting to Tilt US Election Toward Republicans? placed himself in the group of liberal neo-cons that is now arguing for a direct form of neo-McCarthyism.

He is in fact aligning himself with what Stephen Cohen calls the "war party", the neo-cons that are threatening the world with war.

Rather than calling for detente are ratcheting up a conflct with Russia that started with the US and not with Russia.

I could easily deal with each one of his arguments, line-by-line and deconstruct what I regard as a vile smear but I have little time or inclination to do so.

Whereas I have regarded the writer of the Robertscribbler blog as someone who is deluded and also has an unpleasant personality I have to change my estimation as he has identified with the very worst people on the planet.

Certain red lines for me cannot be crossed and he now has just done so,

So, however well he writes and chronicles the rapid decline of the Living Planet there are other sources.

Mr Robert Marston Fanny (aka Robertscribbler) will not be appearing on the pages of this blog any more.

If you want to read his article GO HERE

Unfortunately we live in such 'interesting' times that we are surrounded by lies and people who have come out with positions about the threat of abrupt climate change have recanted whether under threat or to defend their academic or other positions.

I am also sorry that I have had to write articles about the writer of the Robertscribbler blog.

Here are some recent articles. 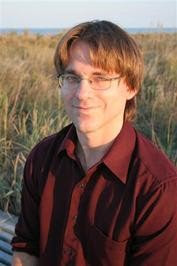 Paul Beckwith's video and the response (and calling out Robertscribbler)

Delusion and self-delusion about climate change
Posted by seemorerocks at 18:35