US support for "moderate" terrorist groups in Syria 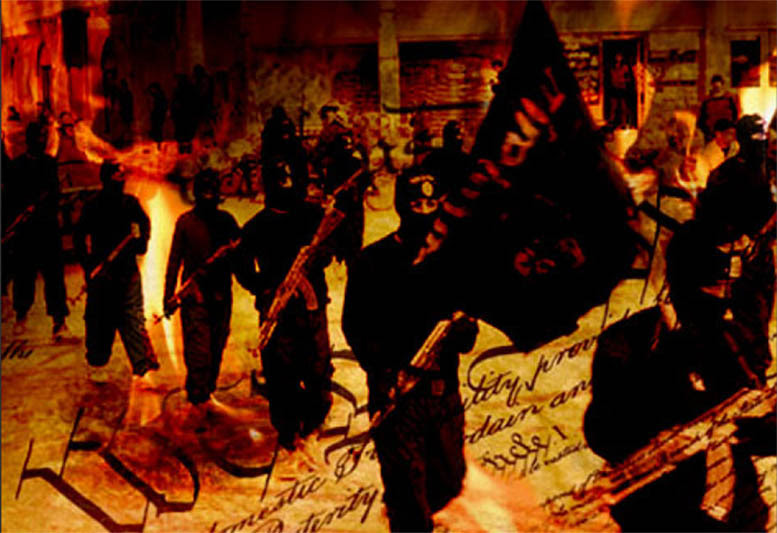 While the United States attempts to back away from its association with terrorist group Nour al-Din al-Zinki, the “moderate” terrorist organization whose members recently videotaped themselvesbeheading a young boy and discussing whether or not to boil his body afterwards, previous reports coming from the mainstream media reveal that Obama, Kerry, Clinton and crew will not be able to cover their tracks so easily this time around. That is, if they even care to.

This is because reports coming from Business Insider in 2015 reveal that the United States had indeed supported and armed Nour al-Din al-Zinki in the lead up to the heinous act. What’s even more damning, however, is the fact that the group was considered one of the U.S. “vetted” organizations, a designation that was touted as a sure way to avoid arming “extremist” terrorists like ISIS or al-Qaeda.
The lie of vetting and “moderation” is now thoroughly debunked if, for no other reason, than the public beheading of a child.

But there is more! Not only has the United States “vetted,” endorsed, and armed Nour al-Din al-Zinki, it has armed them with TOW missiles, a type of guided missile that is capable of piercing and damaging tanks, armored personnel carriers, and other forms of vehicles found on the battlefield. These missiles are especially dangerous for a number of reasons including the fact that they can be used from a considerable distance.

Since 2013, the CIA has been training and equipping various moderate rebel elements in the Syrian civil war in an effort to undermine the regime of Syrian President Bashar al-Assad and force him to the negotiating table.

Among the range of munitions and supplies that the CIA has funneled to the various brigades of the Free Syrian Army and other moderate groups through Saudi Arabia, Jordan, and Turkey are TOW anti-tank missiles.

These weapons have helped decimate Syrian armour and pushed a recent regime offensive against rebel-held territory to a standstill in reported “tank massacres.”

For instance, on October 8, a Syrian armoured offensive suffered massive casualties as, rebels armed “with US-made TOW missiles … [and] other guided rockets … caused the destruction … of over 15 armoured cars, vehicles, and tanks,” according to the Syrian Observatory of Human Rights.

What is striking is just how many CIA-vetted groups now exist throughout Syria receiving TOWs.

According to Syrian observer Hasan Mustafas, no fewer than 42 vetted groups now receive TOWs from a Saudi supply originally provided by the US. These weapons are funneled into Syria through Military Operations Command (MOC) posts in Turkey and Jordan that are co-operated by Western and local intelligence agencies.

The various groups are well documented due to the nature of TOW provisions. Saudi Arabia can not deliver the US-supplied TOWs without prior CIA approval. Additionally, Mustafas notes, the various vetted groups must apply to receive the TOWs. They are then provided with small batches of arms.


Bender provides a list of the groups who received the TOW missiles but, among them, is the name of Nour al-Din al-Zinki, the child-beheading and carcass-boiling “moderate” rebels that allegedly representing freedom and democracy.

Still, State Department Spokesman Mark Toner is stating that the beheading of the boy might only cause the United States to “pause” and reflect upon its relationship with the group, meaning arming and supporting it.

At the end of the day, the horrific atrocity that was committed by Nour al-Din al-Zinki was really nothing more than several more pints in a massive ocean of blood created by the United States, Israel, the GCC, and NATO. Still, it stands as yet another example of why this treacherous and immoral war against Syria must be ended immediately.

The list of terrorist organizations “vetted” and provided with TOW missiles as reported by Business Insider is as follows: