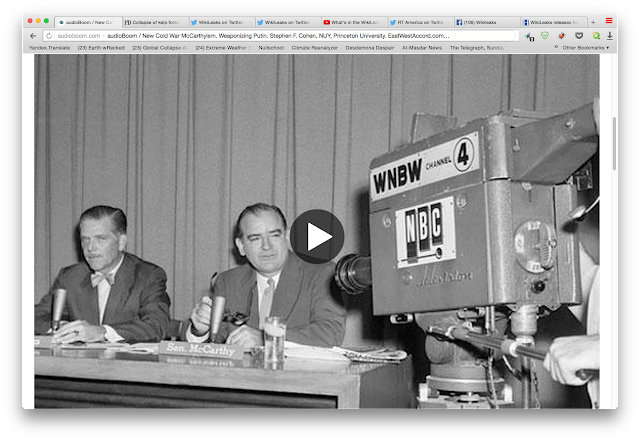 “…Now the question has emerged in the United States election campaign whether Mr. Putin has opted — directly or covertly — to throw Russia’s support behind Mr. Trump. The conclusion by cybersecurity experts that Russian intelligence agencies breached the Democratic National Committee and released thousands of emails on the eve of the party’s convention prompted accusations from Democrats and some Republicans that Mr. Trump was a kind of “Siberian candidate,” bolstered from abroad to undermine the nation.

“Given Donald Trump’s well-known admiration for Putin and his belittling of NATO, the Russians have both the means and the motive to engage in a hack of the D.N.C. and the dump of its emails prior to the Democratic convention,” Rep. Adam Schiff of California, a Democrat who is the ranking member of the House Permanent Select Committee on Intelligence, said in a statement on Monday.

“That foreign actors may be trying to influence our election — let alone a powerful adversary like Russia — should concern all Americans of any party,” he added….”


To listen to podcast GO HERE