As The Duran previously reported the Russians rejected Kerry's offer of a place in a US led anti-ISIS coalition in return for letting Assad go. 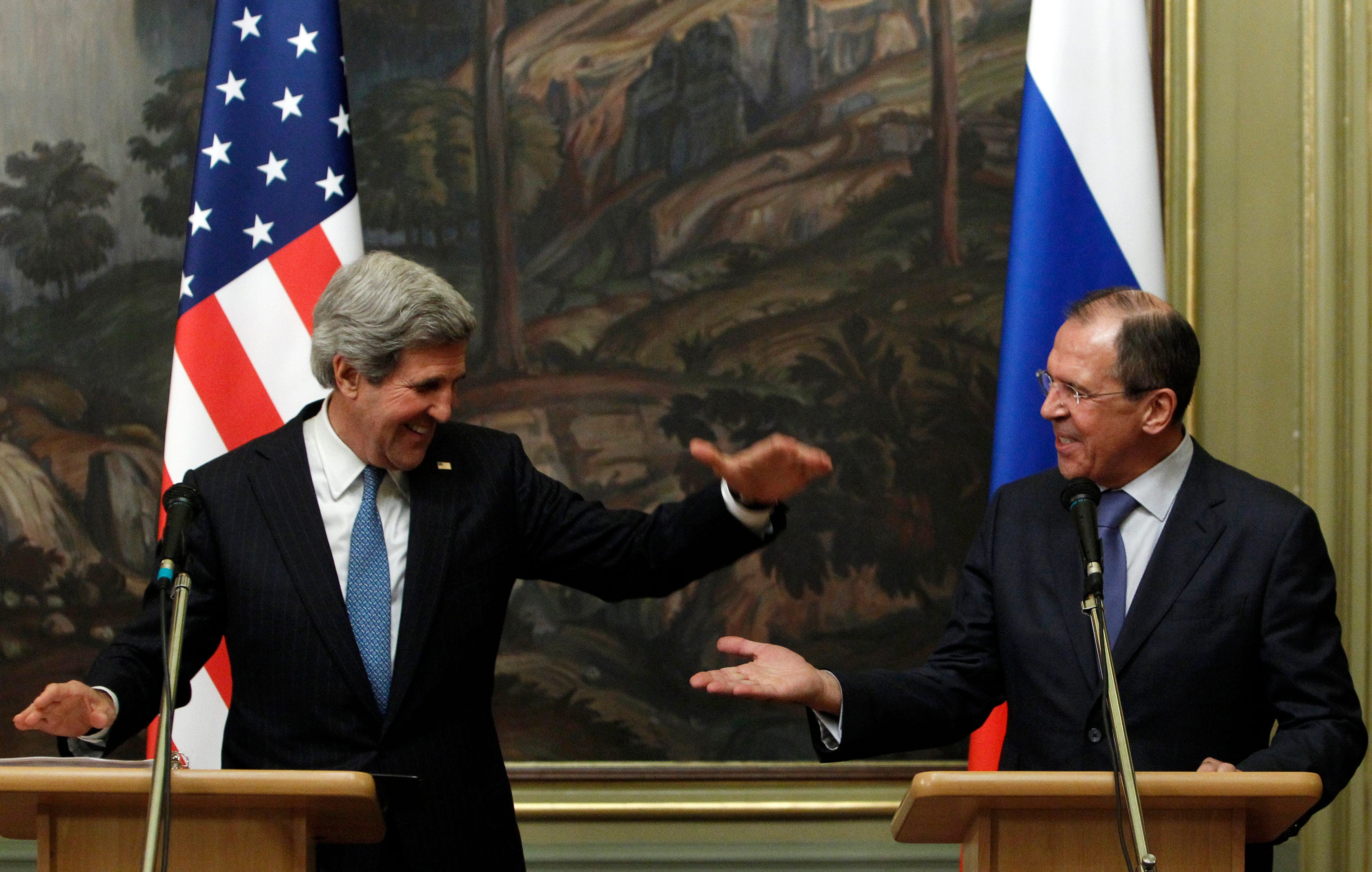 
Russian Foreign Minister Sergey Lavrov has now confirmed publicly what we said previously: the talks in Moscow with US Secretary of State John Kerry were a failure.

This is what we said about the proposal Kerry took with him to Moscow:
“…….it seems that the US offered to join with the Russians in a joint military campaign in Syria against Al Qaeda and Daesh.  Prior to going to Moscow Kerry also let slip that some of what he called “subgroups” affiliated to Al Qaeda would be targeted as well.  However in return the Russians were apparently expected to accept US leadership of the military campaign, cease bombing rebel groups in Syria aligned with the US, and agree to the eventual removal of President Assad.”

What we said about this proposal was

“If that is in outline what Kerry was proposing then it is not difficult to see why the Russians would reject it. Essentially what Kerry seems to have offered them was yet another plan to overthrow President Assad, this time with their assistance, in return for a place in a US led military coalition.”

Lavrov has now confirmed that that is exactly what happened.  Speaking at a Russian national youth education forum

Sputnik reports him saying the following:

“They say that we could join their efforts in the fight against terrorism […] but first we need to agree that we remove Assad from power.”

Sputnik reports Lavrov saying that Kerry told the Russians that Assad had lost the support of the “vast majority of Syria’s population”.  According to Lavrov, the Russians responded that it was for the Syrians – not the US or the Russians – to choose Syria’s leader in a democratic way.

In other words the Russians rejected Kerry’s offer.  To underline the point Sputnik reports Lavrov condemning the whole US regime change policy as it has been applied to the Middle East:

“What is happening in the Middle East, in North Africa is a direct result of a very incompetent, unprofessional attitude to the situation. In an attempt to maintain their dominance, our Western partners have acted like a bull in a china shop.”

This has been the consistent Russian position since the start of the Syrian conflict in 2011.

In truth the story of the diplomacy of the Syrian conflict has been a continuous repetition of the same happening:  the US pushes the Russians to agree to have President Assad removed.  The US make various offers or threats to the Russians to buy or force their agreement.  The Russians respond that President Assad’s future is a strictly Syrian internal matter, which they will not involve themselves in.  The US walks away, baffled and angry.

The same thing happens again and again, Kerry’s talks in Moscow with Putin and Lavrov being just the latest example.

The US are not the only ones to have made the same pitch to the Russians only to get the same result.  In July 2013 the head of Saudi intelligence Prince Bandar bin Sultan bin Abdulaziz Al Saud flew secretly to Moscow where he also made various offers and threats at a private meeting with Putin to get the Russians to agree to the removal of President Assad.  To his bafflement and anger the Russians said no – as they always do.

In truth the inability of the US and its Western and Arab allies to accept that Russian opposition to their regime policy in Syria and elsewhere is for real, and that the Russians cannot be bullied or bribed to change it, is one of the oddest things about the whole Syrian conflict.  Despite the fact the Russians have gone repeatedly out of their way to explain their policy, the US and its allies seem incapable of believing that the Russians are really serious about it.  They always seem to think that the Russians are really just playing some cynical game, and that if they are made the right sort of offer, or put under the right sort of pressure, they can be brought round and made to agree to let Assad go.

By now – five years after the conflict began – it ought to be obvious that that isn’t going to happen.  Kerry’s trip to Moscow and the long hours of fruitless negotiations he had there however shows that the US still can’t bring itself to accept the fact.