I’ve been giving the Donald more space than he deserves.


Something Is Going Seriously

Arizona’s primaries aren’t even done yet, and there’s already legal action being taken as a result of incompetence or possibly even intentional sabotage.

Leaders from the Arizona branch of the Democratic Party have confirmed that its lawyers are officially making an inquiry after multiple Democratic voters showed up to the polls only to find that they were listed as independents, Republicans, or had no party affiliation at all.

Many voters wound up having to wait in line under the hot Arizona sun only to find that they were ineligible to vote for the candidates of their choice. To add insult to injury, the polling locations have been so poorly planned that many voters had to wait in line up to four hours before finding out that their information had been improperly filed. 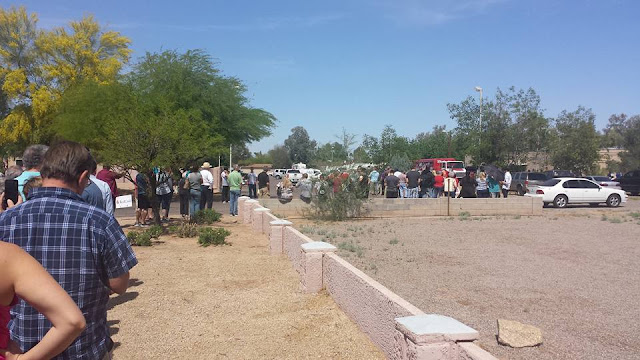 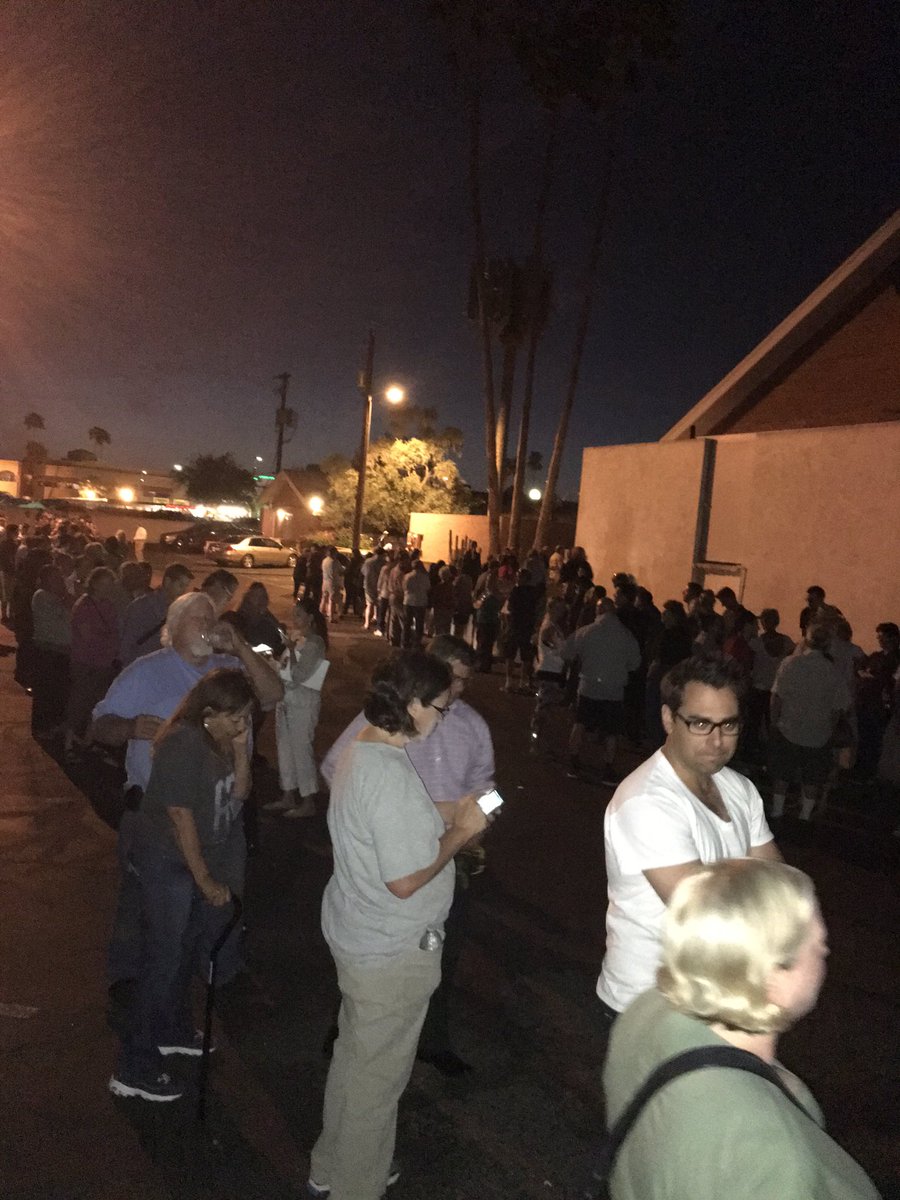 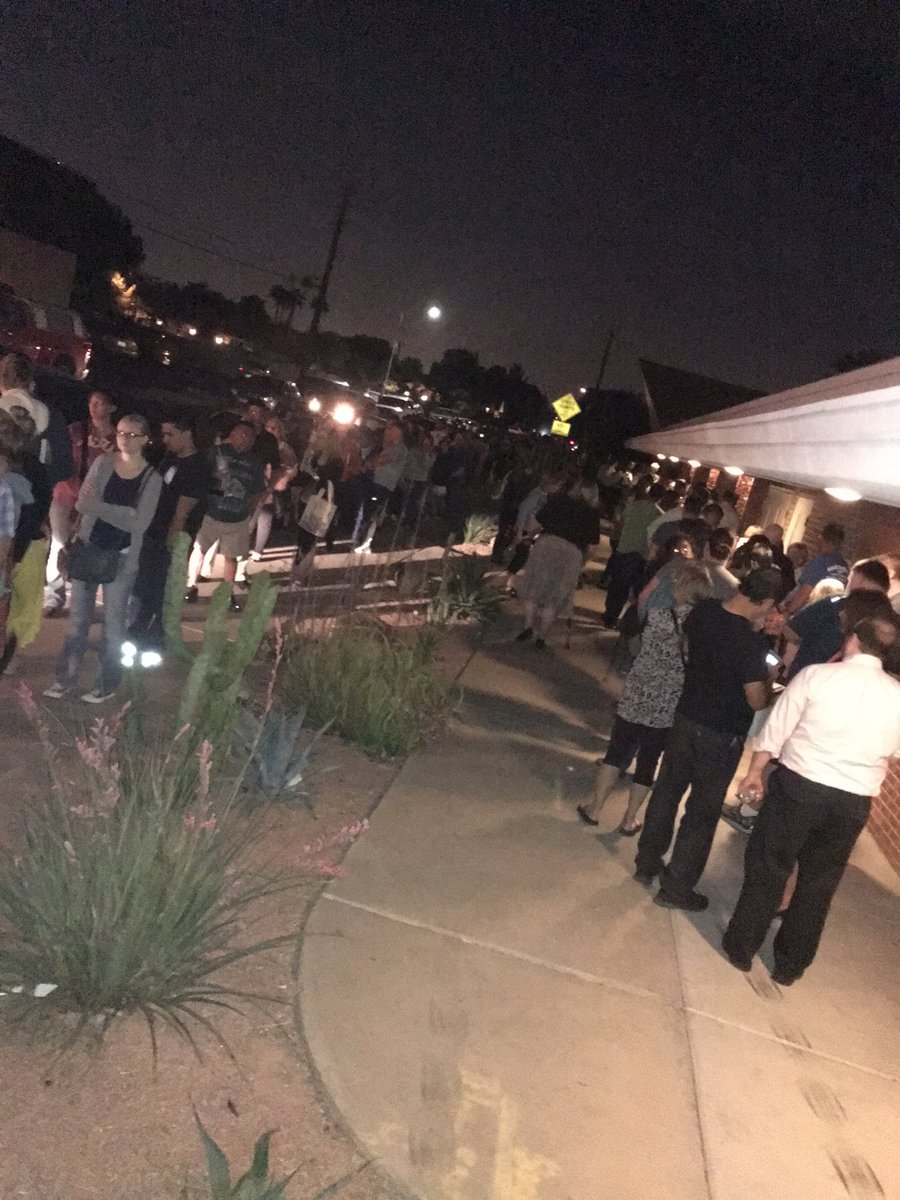 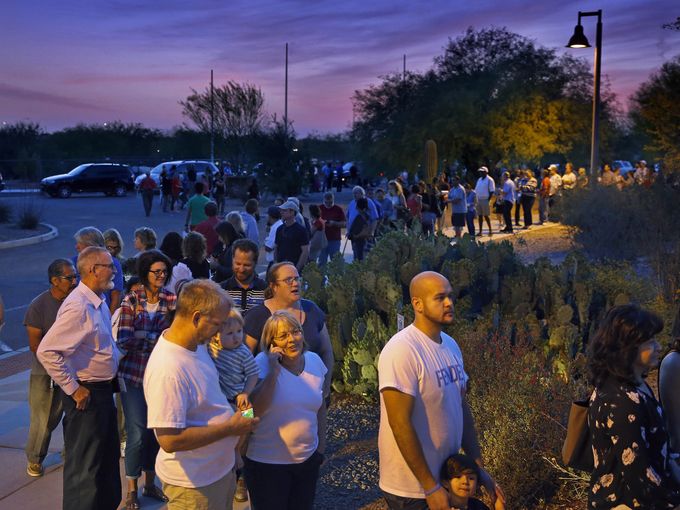 Joe Dana, a reporter with 12 News in Phoenix, tweeted that despite 500,000 more primary voters in 2016 than 2012, Maricopa County polling places had dwindled considerably for this election:

Poll workers have been giving out “provisional ballots,” according to 12 News. It’s unclear at this time as to whether these ballots will actually count in the Arizona primary, and whether intentional or not, it could result in the disenfranchisement of Arizona voters. Some frustrated residents are taking to YouTube and social media to voice their frustrations.


No word has been given as to whether there was a pattern as to which kind of demographics were experiencing this kind of treatment, and no explanation has been given regarding what caused this bizarre error.

“We’ve been getting calls all day from lifelong Democrats who have been registered as independents,” Enrique Gutierrez, communications director for the Arizona Democratic Party, told US Uncut. “One woman even said she’d been registered as a Libertarian.”

When asked how this might affect the election, he responded that it would be close, and that they were doing their best:

Bernie Sanders is taking a proactive approach, asking voters to help monitor the situation on the ground via his Twitter account.

Bernie SandersVerified account‏@BernieSanders
Arizona, we need your help! After you vote today, ask the clerk for the turnout at your precinct and report it: http://bernie.to/ReportAZvoting

Some similar stories have surfaced during the primaries of earlier voting states, and accusations of voter fraud or infringement of voting rights run rampant on any election day. We will continue to monitor the situation in Arizona and update as necessary.

Bernie Sanders Is Currently Winning the Democratic Primary Race, and I’ll Prove It to You

Nobody cares how well a politician does at the ballot box when he or she is running for an office unopposed. What matters is how a politician performs in contested primaries and general elections, as when it really matters — like it will, for instance, this November — you can be certain of a contested election.

With that said, let’s make an important observation: Bernie Sanders has tied or beaten Hillary Clinton in a majority of the actively contested votes this election season.


Bernie Sanders is just as mad as his supporters about the Arizona primary election process, which is being widely regarded as a total fiasco.

He said there was no excuse for a failure of this magnitude.

Despite expecting huge turnouts, the infamous Maricopa County actually cut the number of polling locations from 200 to 60, which meant there was only one polling site for every 20,000 voters. Many Democratic voters also arrived to vote only to discover they were improperly registered and given “provisional ballots” which may or may not have counted for anything.

“In the United States of America, democracy is the foundation of our way of life,” Bernie said. “People should not have to wait five hours to vote, and what happened yesterday in Arizona is a disgrace.”

The voting was so disgraceful, many are calling for officials to hold primary again, properly run this time. Bernie ended his comments on the Arizona primary by saying he hopes that this fiasco has raised the bar for elections moving forward.

“I hope that every state in this country learns from that and learns how to put together a proper election where people can come in and vote in a timely manner and go back to work.”