This story is significant because the BBC, the channel that generates more lies than almost anyone is acknolwedging reality for the first time - that the Syrian Arab Army is taking on Daesh - and winning.

I have not seen this reflected anywhere else in the media.

Syrian government forces have reached the edge of the ancient city of Palmyra after driving back Islamic State (IS) militants, officials and activists say. 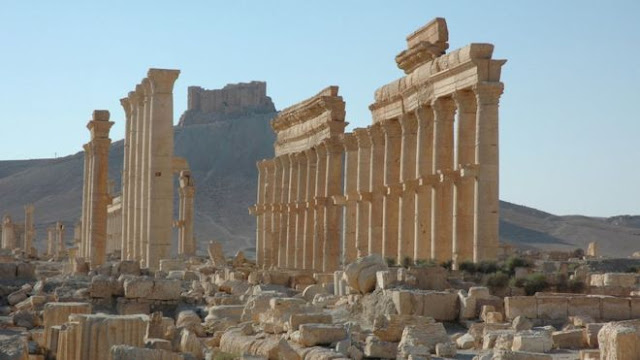 BBC,
23 March, 2016
Syria's state news agency said the army and allied militia had taken control of hills overlooking the city - a Unesco World Heritage site.
IS seized the ruins of Palmyra and the adjoining modern town in May.
It subsequently destroyed two 2,000-year-old temples, an arch and funerary towers, drawing global outrage.
The jihadist group, which has also demolished several world-renowned pre-Islamic sites in neighbouring Iraq, believes that such structures are idolatrous.
Unesco, the UN's cultural agency, has condemned the destruction as a war crime.

The state news agency, Sana, reported on Wednesday that troops, backed by pro-government militiamen, had seized high ground to the west and south-west of Palmyra and moved towards the "Palmyra Triangle" road junction after "eliminating" IS militants in the area.
One soldier was quoted as saying that the army had cleared about 120 explosive devices from the Palmyra Triangle as it approached the junction from the west. 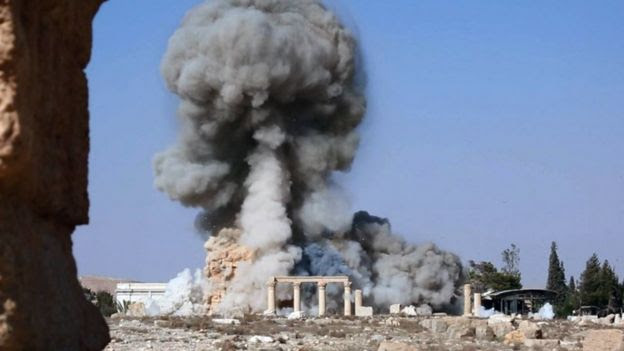 IS militants blew up the 2,000-year-old Temple of Baalshamin at Palmyra in August


Palmyra: Blowing ruins to rubble
Why IS destroys ancient sites
Sana said government jets had also targeted IS convoys on the road between Palmyra and Sukhanah, 60km (37 miles) to the north-east, destroying dozens of vehicles and leaving many militants dead.
The Syrian Observatory for Human Rights, a UK-based monitoring group which relies on a network of sources on the ground in Syria, reported earlier on Wednesday that government forces were only 2km from Palmyra's southern outskirts and 5km from its western edge.
The governor of Homs province, Talal Barazi, welcomed the advance and said troops were also closing in on the IS-held town of Qaryatain, 100km to the south-west.
Syrian government forces launched an offensive to retake Palmyra at the start of the month, backed by intensive Russian air strikes. 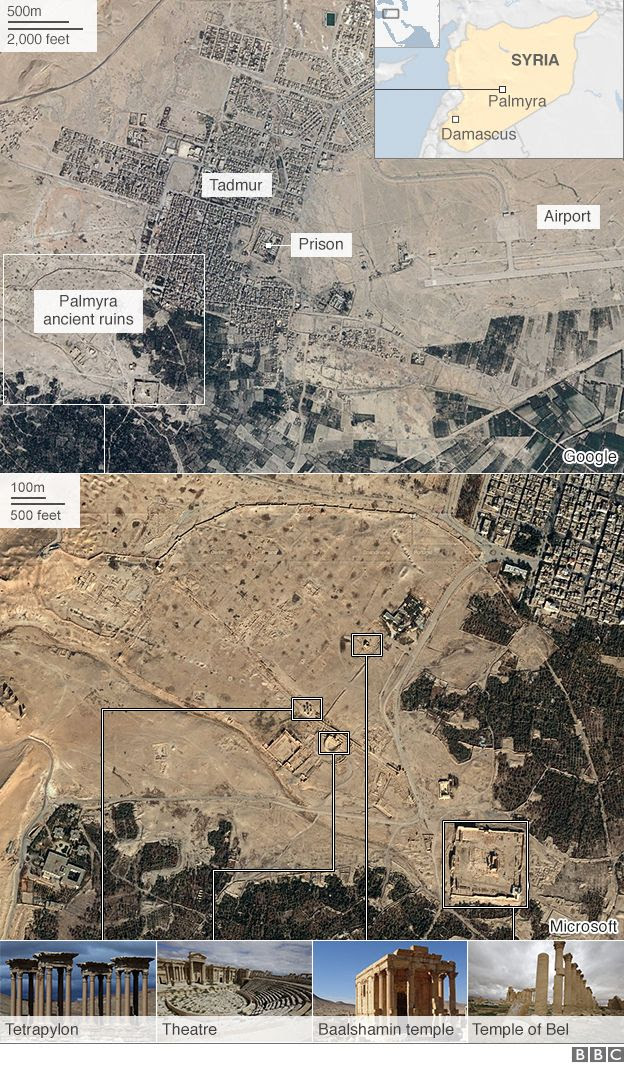 Last week, the Russian military said its aircraft were flying up to 25 sorties a day over Palmyra to help liberate what President Vladimir Putin has described as a "pearl of world civilisation".
Palmyra is also situated in a strategically important area on the road between the capital, Damascus, and the contested eastern city of Deir al-Zour.
Recapturing Palmyra would be a significant victory for the government and Russia, which withdrew most of its forces last week after a six-month air campaign against opponents of President Bashar al-Assad that turned the tide of the five-year civil war in his favour.
The advance on Palmyra comes as representatives of the government and the main opposition umbrella group attend UN-led talks in Geneva aimed at finding a political solution to end the war.


The talks have been boosted by a nationwide cessation of hostilities brokered by the US and Russia that has largely held since it began on 27 February.
IS and its rival jihadist group, al-Nusra Front, are excluded from the truce.
The reduction in violence has also allowed aid to be delivered to besieged areas.
On Wednesday, the International Committee of the Red Cross said more than 70,000 people trapped in the Houla region, north of the city of Homs, had received their first delivery of food and medicine in months.