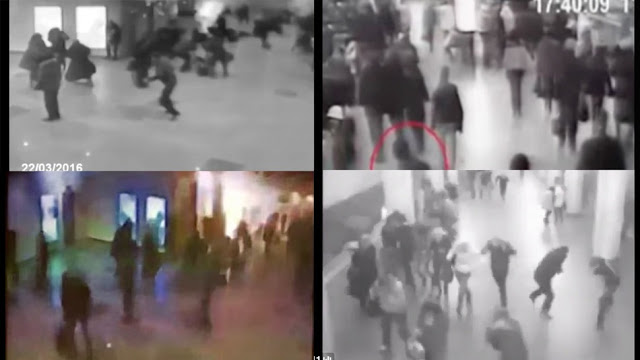 Many people are sharing CCTV video footage, claiming it's from Tuesday's attacks in Brussels. However, these videos were actually captured previous explosions in Moscow and Minsk, the capital of Belarus.

One video, seen below, was recorded at Moscow's Domodedovo International Airport on Jan. 24, 2011, when a suicide bomber killed 37 people.

People on social media shared it on Tuesday and said it showed the blasts at the Brussels airport.

Other videos, all showing different angles of the April 11, 2011, bombing of the Minsk Metro, are also being misrepresented as depicting the Brussels blasts that killed 15.

The false reports started when a Twitter account for a magazine in Lisbon, Portugal, tweeted the videos, which Storyful identified as a "key" link in the chain of misinformation.

A number of international news organizations, including CNN, then cited the account, @OnlineMagazin, as a source. 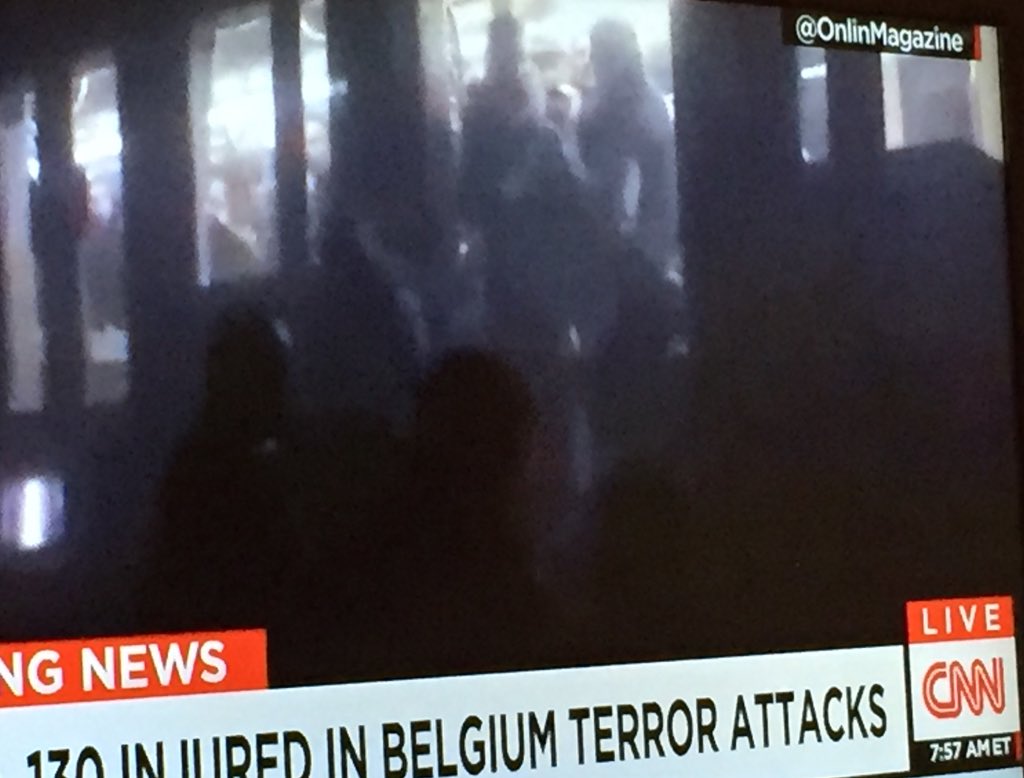 "Unfortunately, dramatic videos like these tend to get shared by hundreds of people, simply because they don't have the knowledge or expertise to verify," said Storyful journalist Joe Gavin.

"However, it is worrying when professional journalists and news organizations are doing the same," he said.

First Draft‏@firstdraftnews
Officials have not yet released CCTV footage of today's #BrusselsAttacks. These B&W vids are old or highly suspect

At least 26 people were killed on Tuesday and more than 130 injured, when blasts tore through the departures hall of Brussels' international airport and, later, a metro station in the heart of the city.

Residents there have been told to shelter in place as the authorities evacuate the dead and injured and brace for further attacks.

This is the orginal not shown on Mashable

This is probably more accurate

The published video footage was fake as documented by a blog posting on Media Part.

The video pertains to a terror attack at Moscow’s Domodedovo airport on 24 January 2011 (posted on youtube in November 2013).

The report of DHnet.be on the Brussels airport attack used the video of the Moscow 2011 attack with the date of the Brussels attack: (22/03/2016) pasted onto the Russian video.

Both the DH and Le Libre reports have since then been removed: 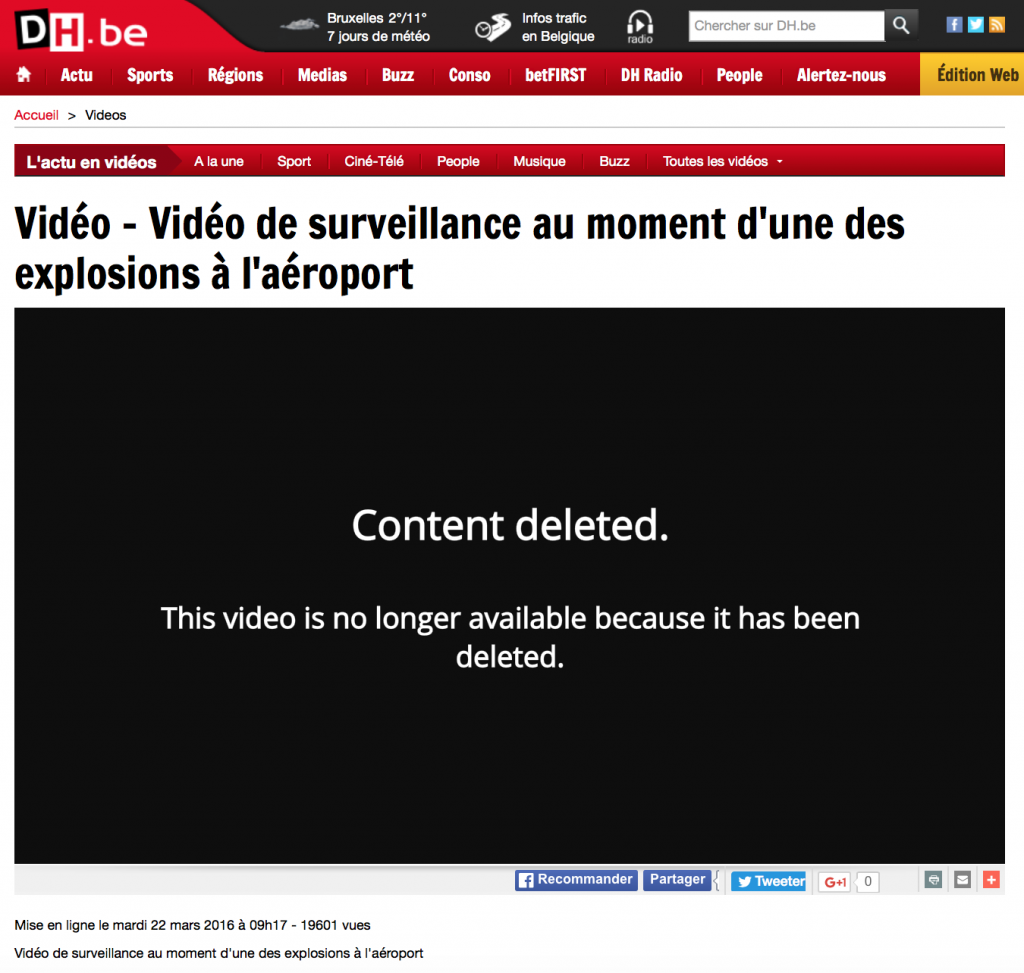