ANZ and the crisis in Australia's mining industry

ANZ's bad loans to miners are just 'tip of the iceberg', analysts say 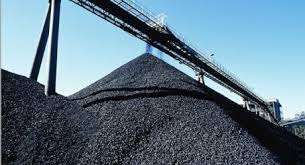 An announcement today that ANZ is absorbing a bigger than expected loss as a result of lending to the mining industry is likely to be the tip of the iceberg as coal and other fossil fuels go into structural decline, according to some financial analysts.

ANZ announced to the Australian stock exchange on Thursday that over the past month, conditions have changed such that expected costs associated with lending to the mining and resources sector would increase from a projected $800m to more than $900m.

The bank said the change was caused by the “evolving position with a small number of Australian and multi-national resources-related exposures”.

The bank did not disclose which companies or loans caused the writedown, but Tim Buckley, a former Citibank analyst who is now with the anti-fossil fuel Institute for Energy Economics & Financial Analysis, said there were two new developments that could be linked to the move.

The first was the warning by coal giant Peabody Energy that it was on the brink of bankruptcy after finding itself unable to pay an interest payment of US$70m.

Buckley said if ANZ had lent to Peabody – which would not be known unless the company filed for bankruptcy – that would have put a dent the bank’s balance sheet.

And on Wednesday the Australian Financial Review reported the owners of a coal export facility in Queensland, WICET, was struggling with its loans because of falling coal prices, and may be seeking a debt-for-equity swap, where the company exchanges debt for a pre-determined amount of equity or stock. A report in the AFR said ANZ was set to lose money on a loan associated with WICET’s coal export facility.

Buckley said ANZ had previously been a lender to both these companies and it would not be surprising if they were still involved with them.

“These are likely two triggering events,” he said. “We know ANZ was exposed to both these corporates and both have seen defining negative financial stress events in the last week or two. Have they traded out? Who knows? That’s not public information, but we know they were exposed to both.

“I’d say this is the absolute tip of the iceberg. There are hundreds of billions of dollars that are being invested in new fossil fuel assets and infrastructure assets associated with that.”

Buckley said the risks associated with those investments were now coming to the fore, as foreshadowed last year by the governor of the Bank of England, Mark Carney.

Julien Vincent from the financial activist group Market Forces agrees: “The coal industry is in structural decline, and it’s taking the bank industry with it, which means it’s taking shareholder value and customer value along with it.”

“It means other banks are in the same position, and there are probably a whole bunch of other debt products that haven’t been put in this category but wouldn’t be far away.

“We often think, ‘Oh look what’s happening to ANZ,’ but we’re all exposed to ANZ through our super or direct shares or by being a customer. The same goes for the other banks.”

In February Guardian Australia reported analysis showing the big four banks, including ANZ, had signed off on $5.5bn of loans to the fossil fuel industry in Australia. Many commentators have warned these assets will become “stranded” if the world moves to avoid dangerous climate change, and keeps many of the known fossil fuel reserves in the ground.