Renewable energy demands the undoable
Switching to renewable energy as fast as the world needs to will require changes so massive that they are unlikely to happen, scientists say. 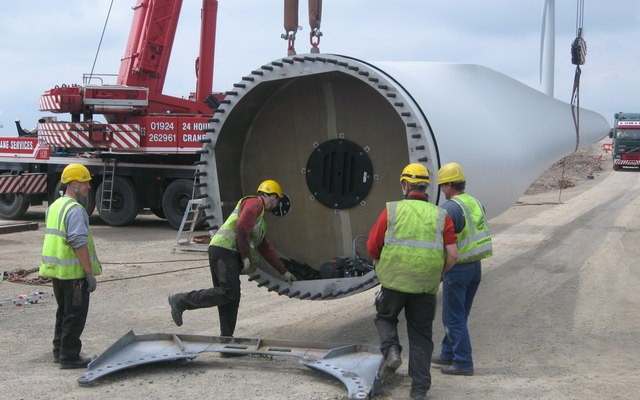 LONDON, 27 March, 2016 – The world is increasingly investing in renewable energy. Last year, according to UN figures, global investment in solar power, wind turbines and other renewable forms of energy was $266 billion.
This was more than double the investment of $130bn in coal and gas power stations in 2015. It sets a new investment record and brings spending on renewable energy since 2004 to a total, adjusted for inflation, of $2.3 trillion.

And, says the United Nations Environment Programme’s report on Global Trends in Renewable Energy Investment 2016, that same push added 134 gigawatts (one gigawatt is reckoned enough to supply the needs of 750,000 typical US homes) of renewable power worldwide.

But right now, the report says, renewable energy sources deliver just 10.3% of global electrical power. Neither the report’s authors nor anyone else thinks that is enough to slow climate change driven by rising global temperatures as a consequence of greenhouse gas emissions from fossil fuels.

In the last century, this has already climbed by 1°C. In Paris in December 2015, 195 nations agreed on a global plan to limit global warming to a figure no more than 2°C above the long-term average for most of human history.

This will be difficult, according to Glenn Jones, professor of marine sciences at Texas A&M University in the US.

“It would require rates of change in our energy infrastructure and energy mix that have never happened in world history and that are extremely unlikely to be achieved,” he says.

In 2015, the world installed the equivalent of 13,000 five-megawatt wind turbines. But to contain global warming to a figure less than 2°C nations would have toramp up renewable investment by 2028 to the annual equivalent of 485,000 such wind turbines.

“That’s a 37-fold increase in the annual installation rate in only 13 years just to achieve the wind power goal,” Professor Jones said.

“Fifty per cent of our energy will need to come from renewable sources by 2028, and today it is only 9% . . . For a world that wants to fight climate change, the numbers just don’t add up to do it”

He and a colleague argue in the journal Energy Policy that during each hour of every day 3.7 million barrels of oil are pumped from wells; 932,000 tons of coal are dug; 395 million cubic metres of natural gas are piped from the ground; and 4.1 million tons of CO2 is released into the atmosphere.

“So the question becomes, how will they be fed and housed and what will be their energy source? Currently 1.2 billion people in the world do not have access to electricity, and there are plans to try to get them on the grid. The numbers you start dealing with become so large that they are difficult to comprehend,” Professor Jones says.

“To even come close to achieving the goals of the Paris Agreement, 50% of our energy will need to come from renewable sources by 2028, and today