The BBC's coverage of this is bit of a story in itself. Adjusting to a new reality


Syrian government forces have entered the ancient town of Palmyra seized by Islamic State (IS) militants last year, state TV has said.
Observers say troops have advanced into a hotel district south-west of the city, a Unesco World Heritage site.
Officials launched an offensive to retake the city earlier this month, backed by Russian air strikes.
The city is situated in a strategically important area between Damascus and the contested eastern city of Deir al-Zour.
IS seized the ruins of Palmyra and the adjoining modern town in May. It subsequently destroyed two 2,000-year-old temples, an arch and funerary towers, provoking global outrage.
The jihadist group, which has also demolished several world-renowned pre-Islamic sites in neighbouring Iraq, believes that such structures are idolatrous.
Unesco, the UN's cultural agency, has condemned the destruction as a war crime.
State media showed warplanes flying overhead, helicopters firing missiles, and soldiers and armoured vehicles approaching Palmyra.
The UK-based monitoring group, the Syrian Observatory for Human Rights, said forces advanced into the hotel district and reached the start of a residential area but were moving slowly because of mines planted by IS, AFP news agency reported.
Regime forces were also making incursions from the northern part of the city, the agency added.
There were unconfirmed reports of casualties on both sides.

Crisis in seven charts
IS militants 'lose 22%' of territory

Bolstered by Russian-made weapons, the Syrian Army is on the verge of taking back the historic city of Palmyra from Islamic State, which has occupied it since last May, according to RT’s sources within the command of the government forces.

“The army is less than 1km from the citadel, which means that the Syrian government is within hours of retaking the city,” Alaa Ebrahim, a Syrian journalist, told RT after talking with a high-ranking officer. “Once they control the castle, retaking Palmyra will be a formality.”


The government has been advancing from three directions in recent days, and despite sending reinforcements to the symbolic stronghold, Islamic State (IS, formerly ISIS/ISIL) began broadcasting messages through loudspeakers in the city, urging sympathetic civilians to flee.


“The multi-directional attacks have forced ISIS to spread its units over a large area of land, consequently undermining its ability to stop the advance,” said Ebrahim, who was reporting from Damascus, straight after having returned from the theater of battle.


The counter-offensive had been supported by Russian airstrikes, and Ebrahim said Russian weapons were also making a difference on the ground. 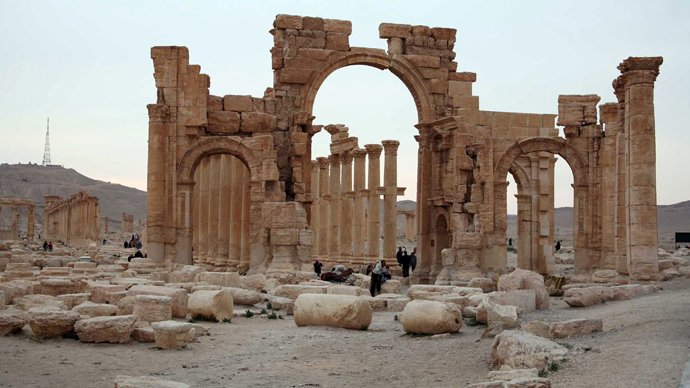 “This battle witnessed the use of new communication devices and artillery units in the Syrian Army that have been supplied by Russia, and I have seen with my own eyes that these weapons are making a substantial difference, ensuring greater accuracy and superior firepower than ISIS is capable of.” 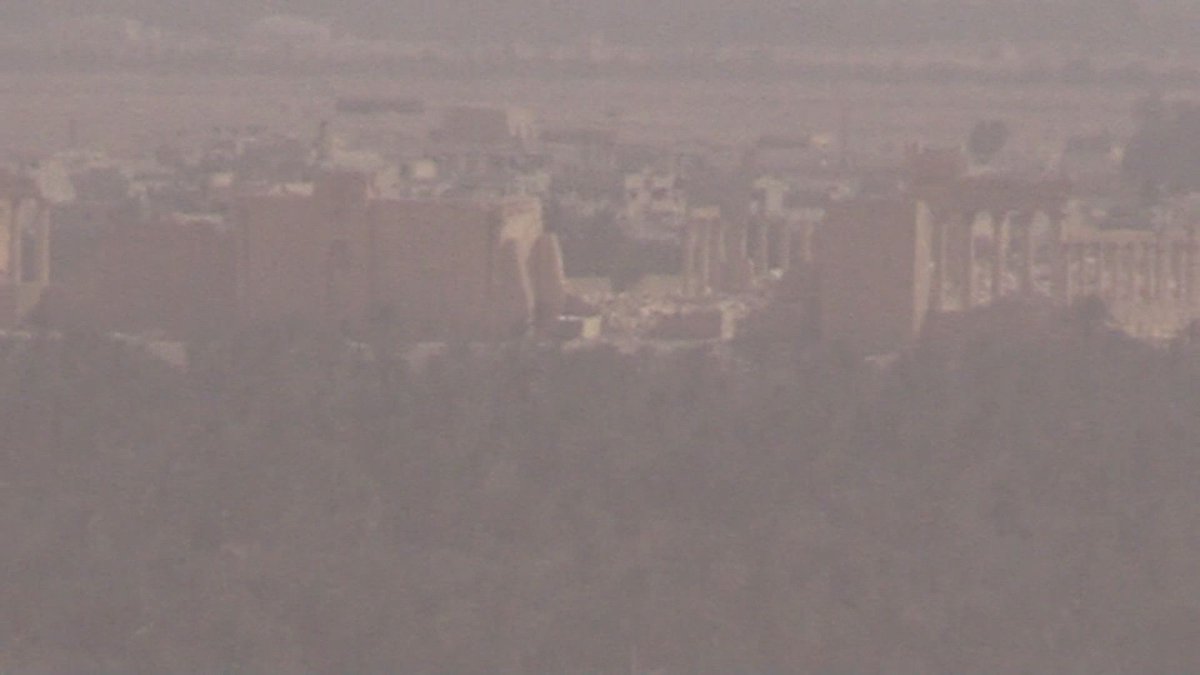 Palmyra is a UNESCO World Heritage Site, formerly known for housing some of the best-preserved monuments of antiquity anywhere in the world. Since capturing it, the jihadists have blown up the 2,000-year-old Temple of Bel, and the Arch of Triumph, and have used the Roman-era amphitheater for filmed public executions.

The Syrian advance has been partially enabled by a ceasefire concluded at the end of last month between the main warring factions in the country, which excluded Islamic State. US Secretary of State John Kerry, who is visiting Moscow to discuss the agreement and Russia’s official withdrawal from the conflict, said the ceasefire had resulted in a reduction of violence of up to 85-90 percent.