It has been some time since we have had an update on the conflict in Ukraine. 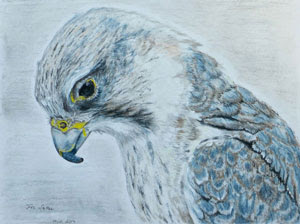 Retirees in Kiev were attacked by youngsters from the Right Sector death squad Azov, fought back, beat the fascists up, chased them away and held a meeting. It looks like people finally realized that if they don’t fight, they won’t survive.
On March 17th, people came on the demonstration called “People said Yes to Soviet Union” and were attacked by the neo-Nazi thugs. The meeting started with a speech of Natalia Vitrenko, a Doctor of Economy and a former deputy of Rada.


From recently declassified by the US State Department transcripts of the talks of Gorbachev with the leaders of the Western countries. This is what he said on September 6, 1991 to the Minister of Economy of France Pierre Beregovoy.
M. S. Gorbachev. “About Ukraine, we need to mention Ukraine separately. With all that You are hearing from Kiev, don’t draw hasty conclusions. It should be noted that amongst people of Ukraine there is a strong movement for the Union. In Ukraine there have been some dramatic events recently, but we managed to stop their development. Although Ukraine declared its sovereignty and independence, it should remain a full member of the Union. I want to tell You confidentially, not for the press, the following. Once Kiev announced the Declaration of independence, the delegation of Donbas miners arrived here. Keep in mind that Donbas, the South of Ukraine, and Crimea is eleven million of Russians. By the way, the day before, Crimea declared its sovereignty. Breaking the ties between Russia and Ukraine would be drama for both republics, especially Ukraine. Therefore, we believe that these relationships mustn’t be cut, but taking into account the desire for independence, of course, it’s necessary.”
It’s my deep conviction that the post of the Prime Minister was an “award”for Pierre Beregovoy for his role in unlawful dissolution of the Soviet Union. In May 1993, soon after becoming a president he was found with a bullet hole in his cranium. Miracle, they didn’t notice an ice pick.
Meanwhile, the official Kiev is still fighting with the Russian language. Genadiy Balashov a mini-oligarch and the leader of libertarian party “5.10” the same who called to shoot everyone wearing St. George ribbon in 2014, came out with the initiative to transfer Ukrainian language into Latin alphabet.
The process of reengineering the Russian ethnicity in Ukraine continues.
For those who like history, historical pictures of Soviet time Kiev, 1960-1965. It truly was a city-garden with blooming flowers and chestnut trees.

1. Logic: following the attempt to burn Russian embassy in Kiev

Yakob Levin: Pity that it’s just an attempt
Tatyana: Pity that it wasn’t an Israeli Embassy
Yakob Levin: Any scum that raises a hand against Israeli Embassy, will regret this for a long time.
2. Mom, where do the Nazis come from?
Here is the brief History of a Nazi who claims to be a Ukrainian nationalist and patriot. Meet: Bogdan Butkevich.
Once upon a time there was a country called the Russian Empire. And there was a man, Rafail Gohman, who lived in this country. When he came of age, he married a local girl name Leya Butkevich, and Rufail took his wife’s last name. They had several children one of them was named August. August had a son named Georgiy. In 1944, he was drafted and was fighting in Europe where he was captured by the Germans. He survived, and after the war he returned back from Germany, got married and had a son he named Konstantine, who lived in beautiful and plentiful Kiev on Vozduhoftorskaya street. (Air fleet street) Konstantine got married and had a Nazi… I mean a son named Bogdan Butkevich. Bogdan Butkevich is one of the most outspoken Ukrainian nationalists, a follower of Stephan Bandera, who in spare time is a devoted follower of Chabad Lubavichi ultra-nationalist terrorist Jewish organization.
That’s what I mean when I tell you that these people are pretending to be us. Bogdan Butkevich claimsthat he speaks from “all Ukrainians” demanding to kill all the Russians in Donbass.
3. Here is a blog of an Iranian who lives in Russia now. Look at these pictures. These are images of white Christian Americans, Germans, French, British people conducting unspeakable cruelty and crimes in Algeria, Europe, American States, India 70-60 years ago.
4. The US Embassy in Turkey warned the US citizens about the possible terrorist attack two days prior to March 13 explosion.
5. “Russians, be prepared. It looks like they are going to hang Ukraine on us.” [source]
6. Ukrainians are destroying the ecology of their country with unprecedented speed [source]
Novorossia Donetsk Lugansk
1. On March 23, a real “Stalingrad” took place in Avdeevka according to the Ukro-media [source]
2. Dancing with death in small-town Donetsk, by Mark BARTALMAI, the Vineyard of the Saker-German, March 9, 2016
3. March 20th during the Service in Odessa cathedral, Mitropolit Agafangel (Savin) of Odessa
called for the unity of the Orthodox Churches. He said, “We strongly reject the imposed path leading society to legalize same-sex marriage and other sinful concepts that directly contradict our faith. And we will never accept these “Western values”, as they are incompatible with Orthodoxy. Let us try harder to pray to our Lord Jesus Christ through the prayers of the Queen of Heaven and the host of the saints to God to grant us the strength to overcome this temptation, and for our Holy Church to stand among the waves of heresies and schisms, while maintaining the purity of the Apostolic faith”. [source]
Russia
1. The Hidden Story of Crimea’s Economic Success [source]
2. Morshansk, a town in Tambov Oblast, got a new Police officer [source]
3. New RU government’s consumer protection site [source]
4. Preliminary numbers of birth and death in Russia in 2015. Natural growth of population was 32,100 (30,400 — в 2014 г.)
Contrary to popular believe, it’s not the Muslim areas, but Central (+4%) and North West Russia (+2.7%) had births increase. Sevastopol that had always lagged behind Crimea, in 2015 had higher than Crimea birth rate.
5. This season Russia sells the record amount of grains ever [source]
6. Russian scientists are testing new anti-cancer medication based on principle of boosting immune system
7. Russia’s Investigative Committee reports about the results of search and seizure that took place in the house of Natalia Pelevina, one of the organizers of violent anti-government protests on Bolotbanya Square (Center Moscow) in May 6th, 2012. Pelevina is a executive secretary for the Independent Human Rights Council, a member of ultra neo–liberal Party of national freedom (PARNAS) and a member of the of the Federal Political Council of PARNAC. She is also a director of the US State department funded NGO Democratic Russia Committee.
Among documents that the Investigative Committee retreated was financial reports proving that “May 6th Committee” has been financed by NED.
8. How the Shot Russian Opposition Leader Boris Nemtsov Accumulated One Billion Dollars [source]
9. Mayor of Yekaterinburg Roisman came out for a demonstration of 400 pro-junta Ukrainians. [source]
10. Info-graphic The main submarines and surface combatants in the USSR and in Russia 25 years apart
11. Russian communists came to the US Ambassador John Tefft for support in upcoming elections [source]
12. The US Ambassador john “Color revolution” Tefft feeds cookies to communists [source]
John F. Tefft, a Russia hater who served as US Ambassador to Ukraine, Georgia and Lithuania and promoted the invasion of South Ossetia while in Georgia, the current crisis and the resurgence of fascist forces in Ukraine and the rabid Russophobia and demonization of Russia in Lithuania.
13. Sausages trump patriotism everywhere, but Russia [source]
14. Russians have less money, but more trust in their government, says John Helmer. [source]
15. It’s their grief, not our

“It Is Federica Mogherini.

“She began crying right at the press conference on the terrorist attack in Brussels.
“I’ve never seen tears European official, when terrorists killed our children in Beslan, when terrorists bombed our houses, and subway stations, when they downed our planes, when our people were burned alive in Odessa, or Ukrainian fascists are killing our children in Donbass. They were mostly grinning, sometimes expressing sympathy, but never forgetting to say that it was this “regime” to blame.

“Where am I going with this?

“It is time for us to realize that they don’t consider us to be human. We are for them, as some Africans, or the Chinese, are not human. They say: “Well, died, what is there to grieve? Let’s go on with Halloween and have fun. It’s just some Africans, Russians, Chinese… In a framework of freedom of speech we will make cartoons out of their tragedy.”

“We must know the most obvious thing – they don’t consider us as “their own”. There is no such thing as a “white brotherhood”, or a unique “European universal values”. They have their own people, and they have their own grief.