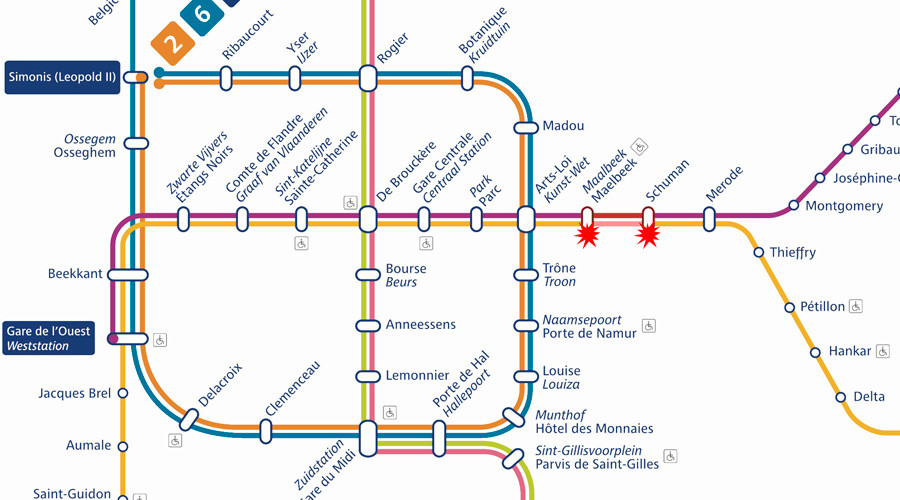 A blast has been reported at the Maalbeek metro station in Brussels, which is just meters away from the Gare de Bruxelles-Schuman railway station. The explosion comes less than an hour after a bombing at a Brussels airport killed at least 17 people.

Large amounts of smoke have been seen coming out of the metro station in the Belgian capital. Brussels’ transport authority says all metro stations in the city are being closed, Reuters reports. 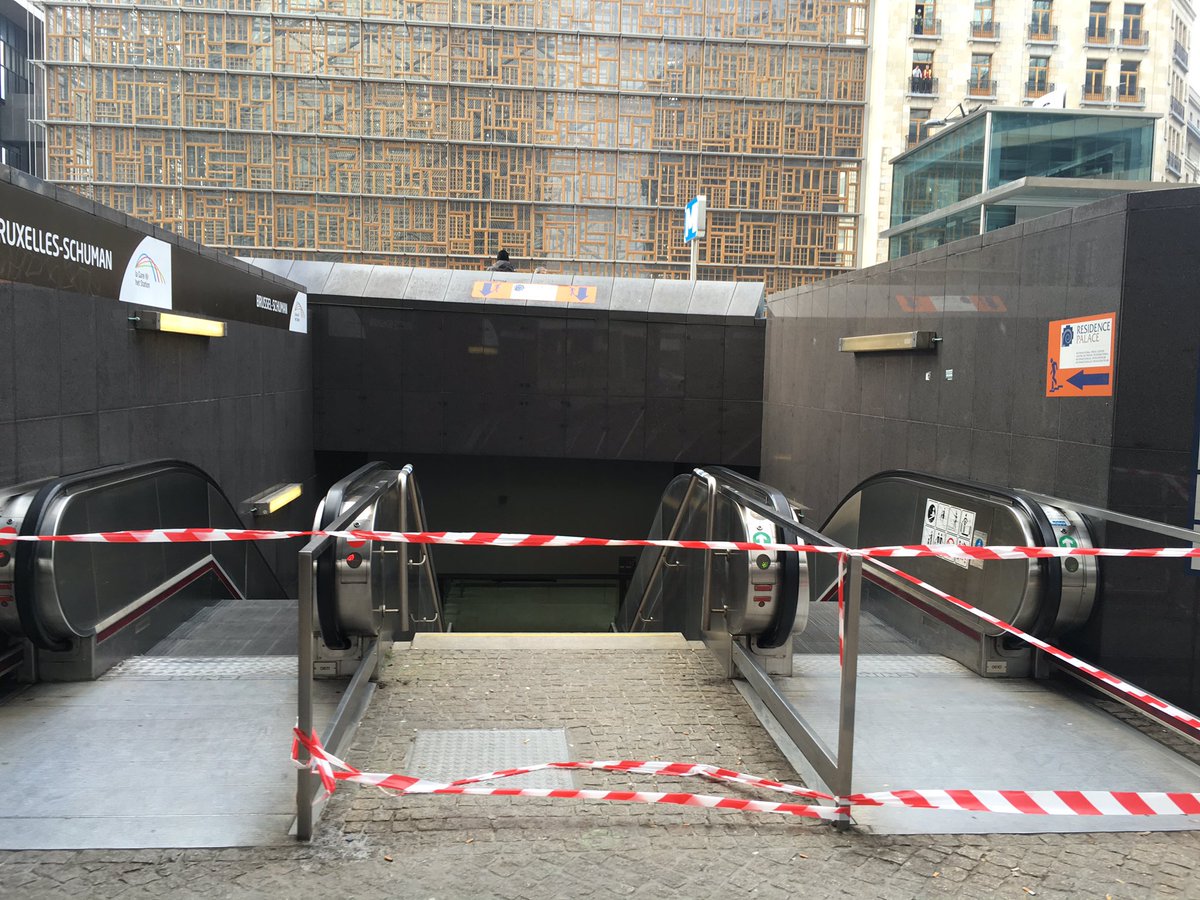 The Maalbeek station is also near a number of important EU buildings such as Berlaymont building, which houses the EU Commission and the Council of the European Union.

Dusan Jakovljevic‏@DJakovljevic
Lot of commotion outside of Schuman metro station. Hope everybody is OK. 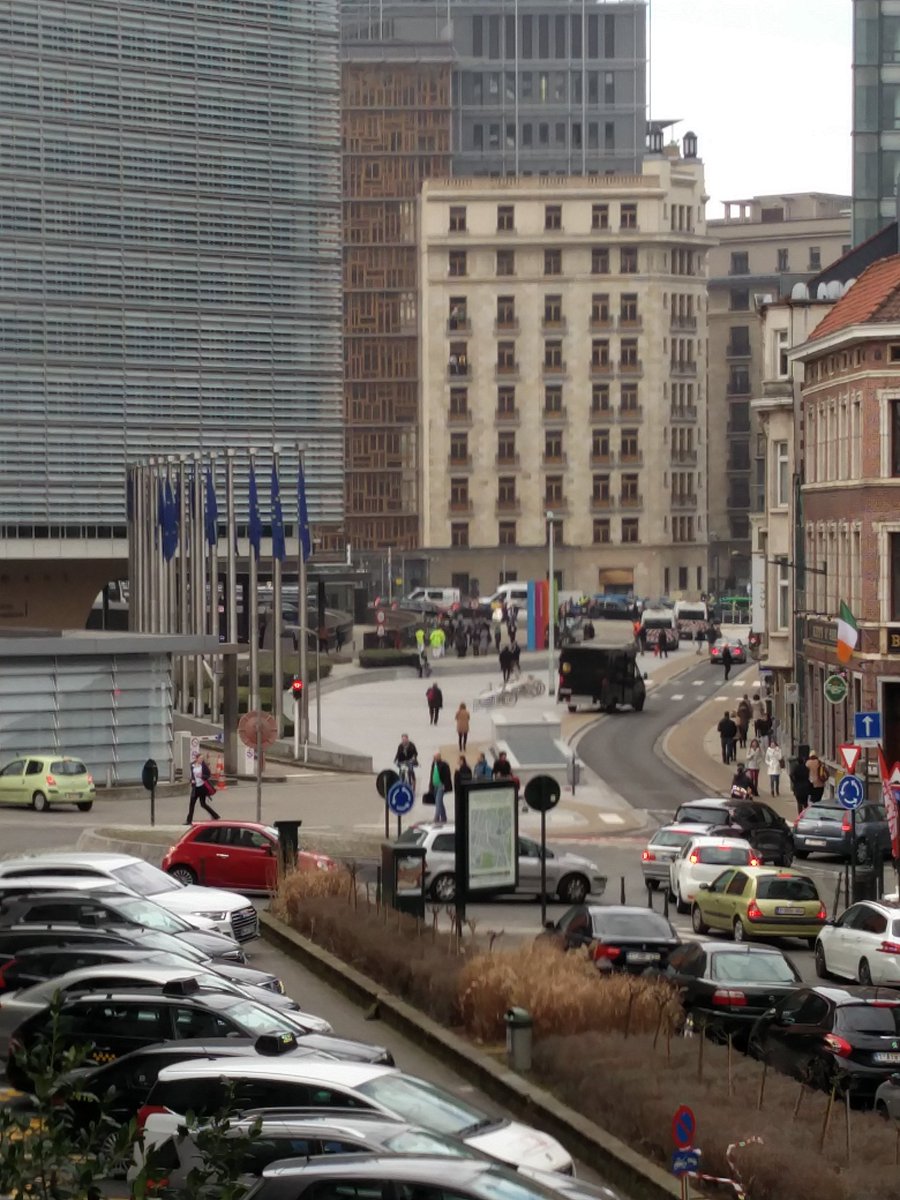 9:40 PM - 22 Mar 2016
Belgian authorities have raised the security alert to the highest level following blasts at the Zaventem Airport and Maalbeek Metro station.

Evan Lamos‏@evanlamos
Just arrived at Schuman station after walking on the tracks. 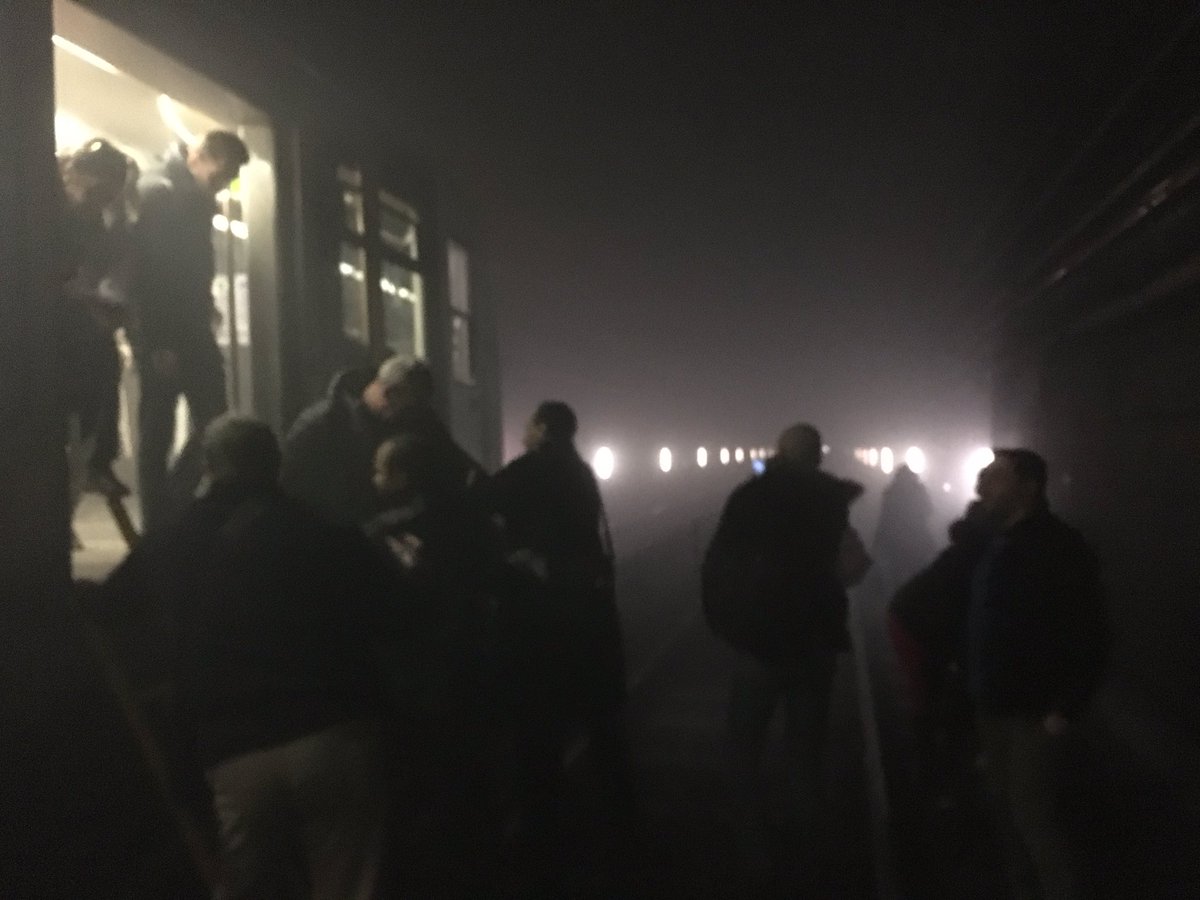 Brussels police have told Sputnik that Zaventem’s great hall was targeted in the blast, but they couldn’t confirm the number of the victims in the attack.

“There was an explosion, but we cannot say more," a police spokesperson said.

Reports also suggest that first there was a shot fired in the departure hall, then something was called out in Arabic, and only afterward, two explosions rocked the facility. 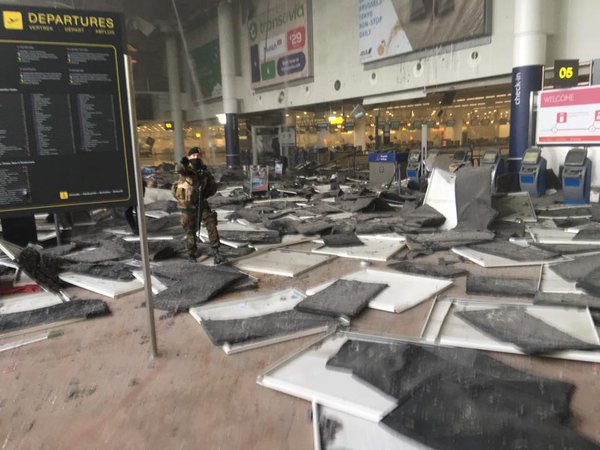 Reports are coming in that one of the explosions took place near the American Airlines check-in desk. A government source confirmed to VRT broadcaster that it was an attack, while Anke Fransen, spokeswoman for Brussels Airport, said there were multiple injuries. "We can confirm that there have been two explosions in the departure hall. We called the emergency services on the ground – they [are] now provid[ing] first aid to the injured."

Niels Caignau, flight watcher at Swissport, told Radio 1 that he heard an explosion at around 8:00 a.m. local time.

"The windows outside the departure hall are completely shattered. Many people have run out with tears in [their] eyes. We were advised to stay indoors." 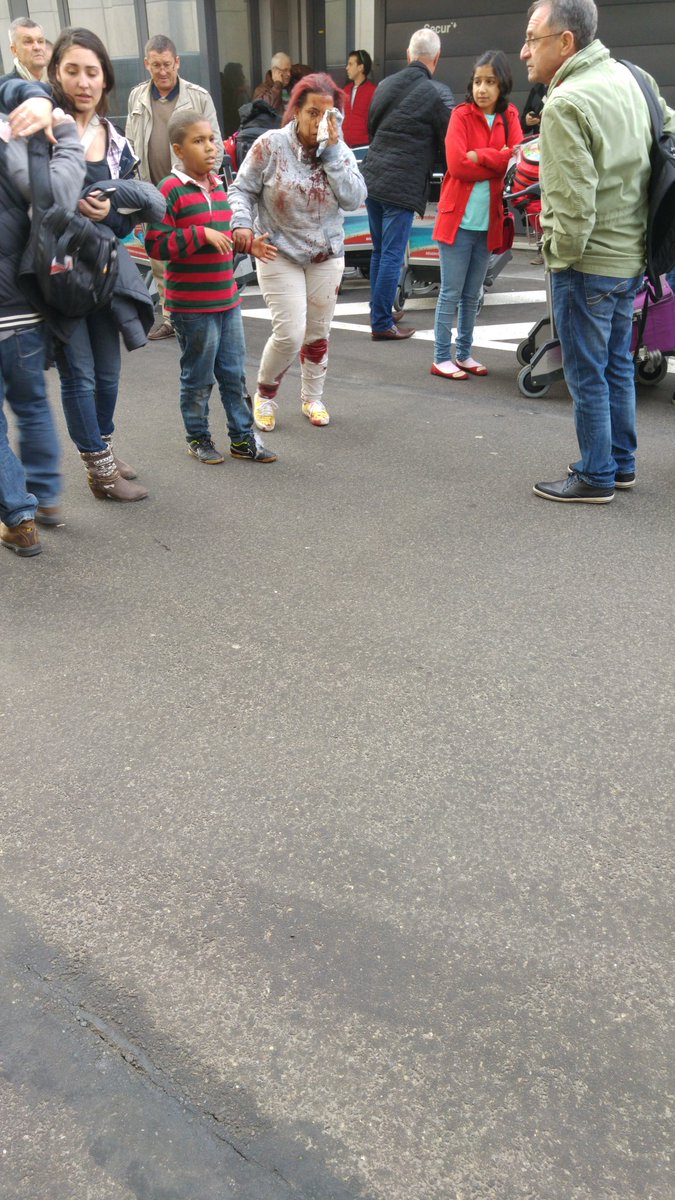 Other explosive devices have been discovered at the airport, RTBF correspondent Laurent Henrard cited firefighters as saying. 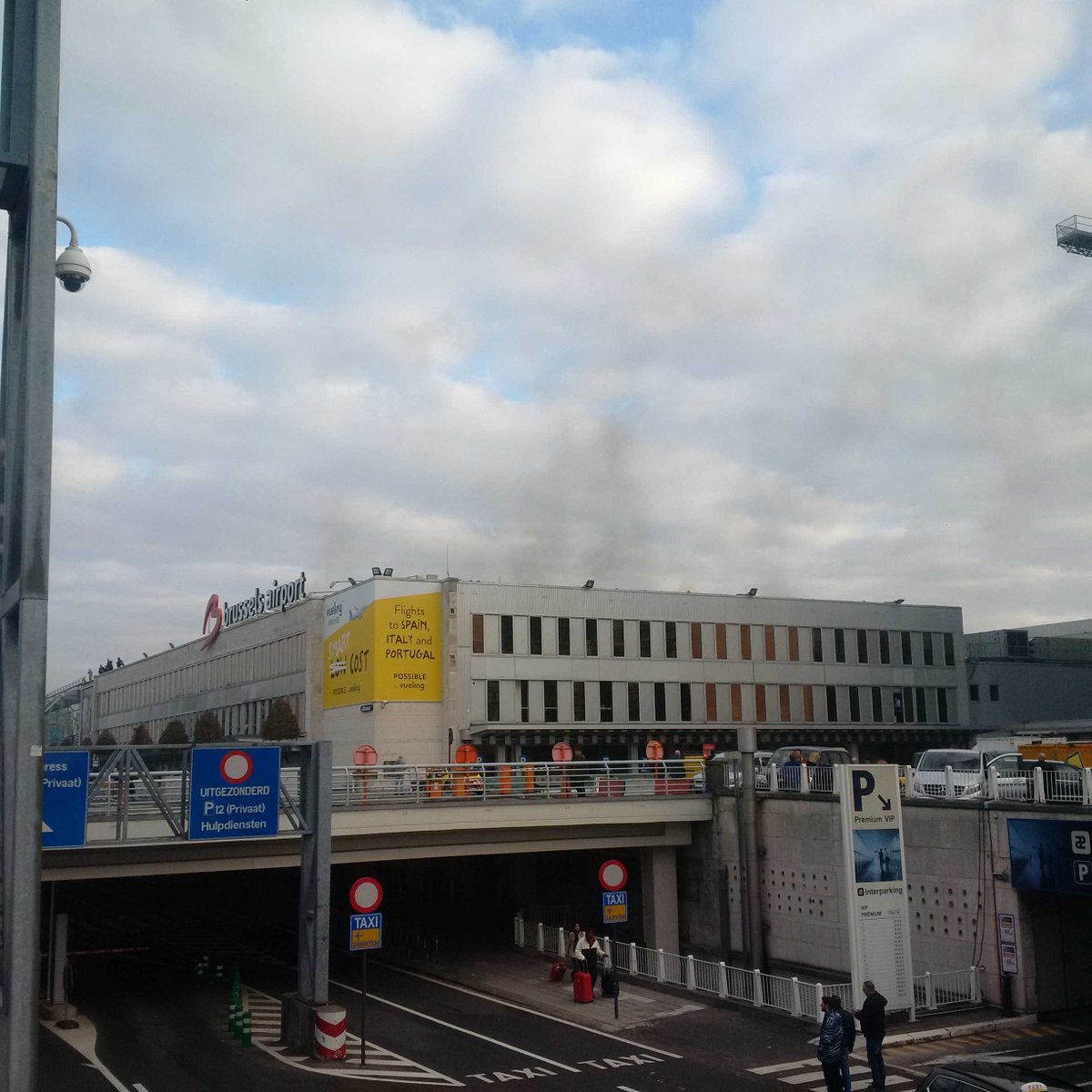 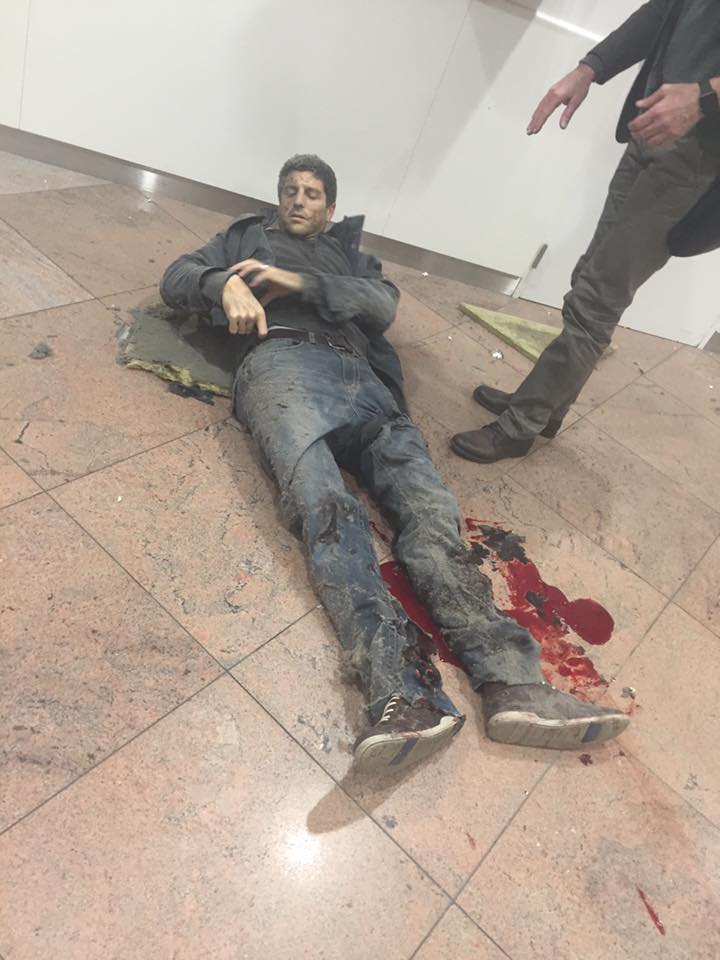 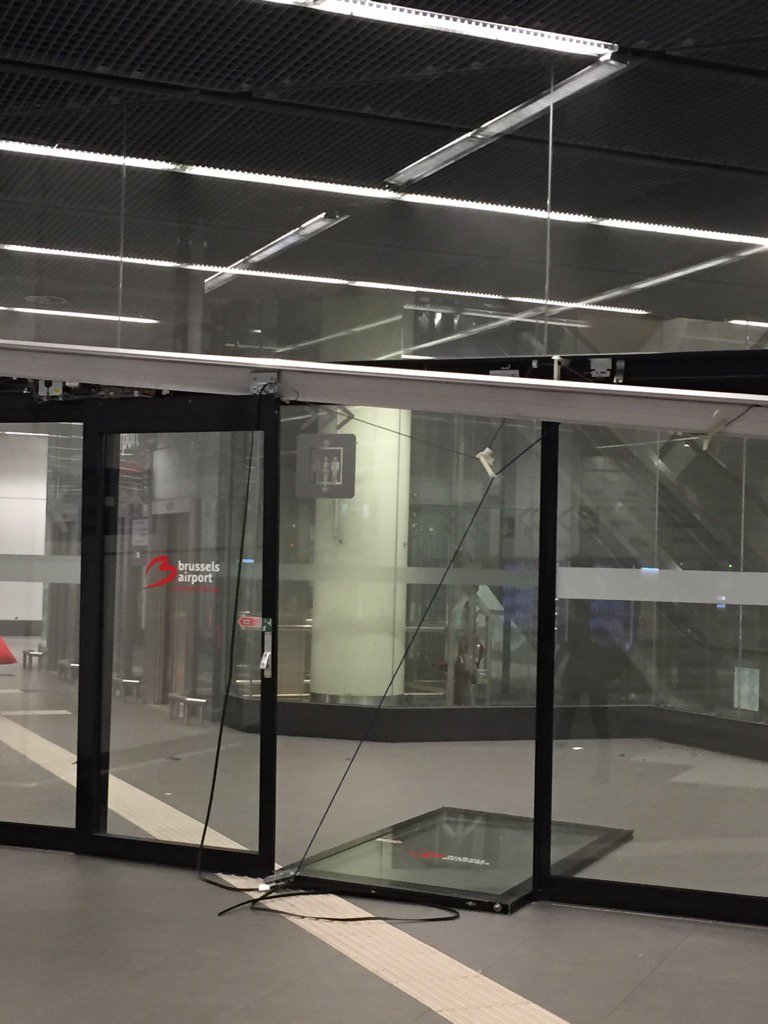 No planes are landing at Brussels Airport which is in lockdown, and planes are being diverted to Antwerp. Planes are circling over the city of Liege.

Sky News Middle East correspondent Alex Rossi, who was at the airport en route to Tel Aviv, has tweeted that he could "feel the buildings move."

Plane Finder‏@planefinder
After reports of an explosion at Brussels airport flights are holding with no arrivals https://planefinder.net/airport/BRU 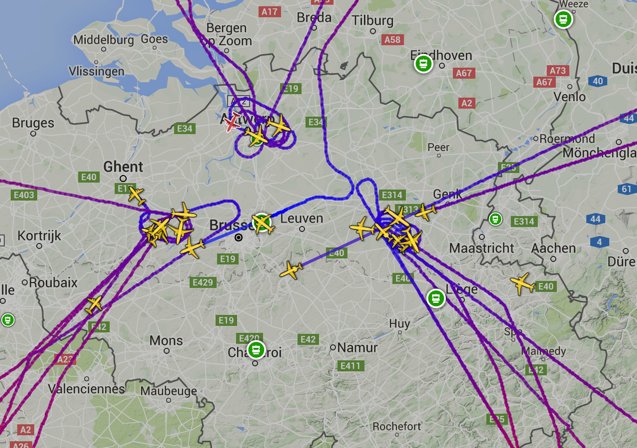 At least one blast reportedly occurred in the airport’s departure hall.


BREAKING: Explosion at the Explosion at Zaventem airport in #Brussels, airport Being evacuated now. Reason unknown 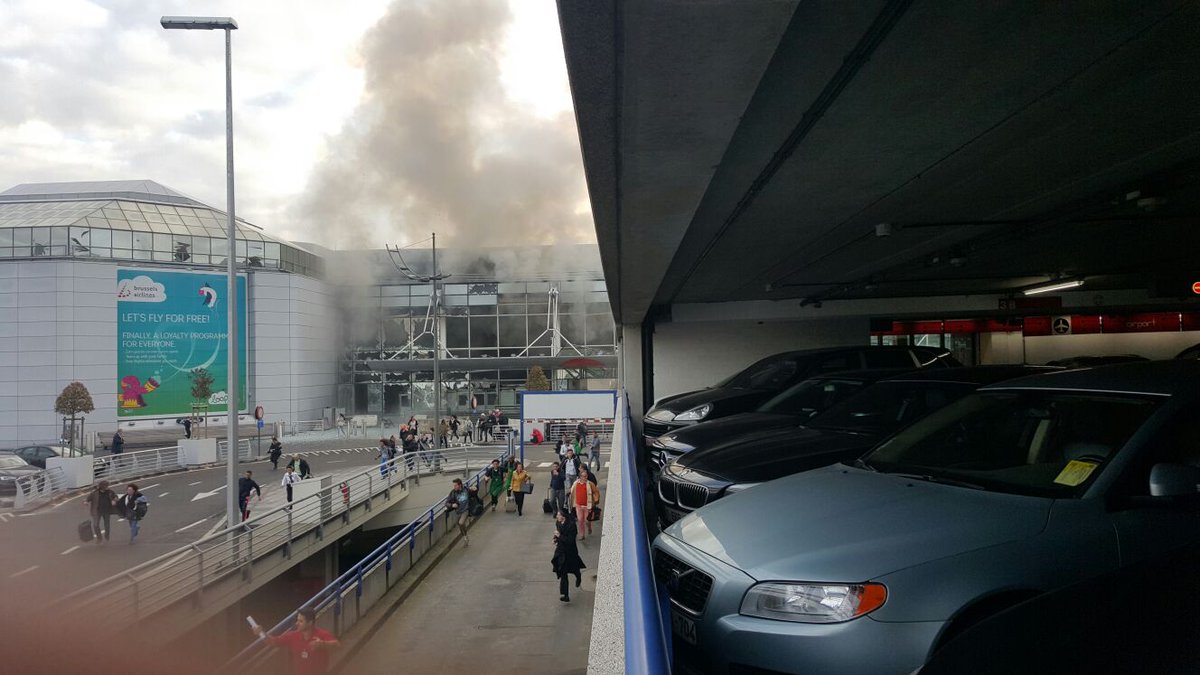