NZ Herald,
23 January, 2015
Germany has begun confiscating money and family jewellery from refugees to pay for the cost of their stay, in a practice the United Nations said contributed to "xenophobia and fear".
The policy has already been implemented in Denmark, where it prompted comparisons to the Nazis' seizure of gold and valuables from Jews and others during the Second World War.
MORE: Denmark's new plan to deter migrants: Seize their valuables

"Asylum-seekers are searched on arrival in reception centres for documents, valuables and money," said Joachim Herrmann, the Bavarian interior minister.
Cash and valuables can be seized if they amount to more than euros 750. In the southern state of Baden-Wurttemberg, any assets in excess of euros 350 are seized.
The German government's Integration Commissioner said the police were acting in accordance with the law. By confiscating valuables, the states says they are implementing federal laws that require asylum-seekers to use up their own resources before receiving state aid.
"Anyone who claims asylum with us must use up his own income and assets before being given benefits as a matter of principle," said Aydan Ozoguz. "This includes family jewels."
Ulla Jelpke, an MP from the Left Party (Die Linke), criticised the move. "Those who apply for asylum are exercising their basic rights [under the German Constititution]. That must not - even if they are rejected - be tied up with costs," she said. Moves to confiscate asylum seekers' property to pay for the services they receive have stirred controversy elsewhere in Europe.
The United Nations Human Rights Council spoke out yesterday against a proposed law in Denmark that will allow refugees' property to be confiscated. The US was among a number of countries to express concern over the planned legislation at the UN Human Rights Council yesterday (Thursday).
Under the proposal, assets in excess of 10,000 krone will be seized, but wedding rings and other items of sentimental value are exempt. In Switzerland assets in excess of 1,000 francs are confiscated.
Germany and Denmark have defended the policy on the basis that the same rules apply to their own citizens when they claim benefits.
"The Danish welfare state is based upon the very simple principle that the state will provide and pay for those unable to take care of themselves, not for those who are able," said Kristian Jensen, the Danish foreign minister. "This simple principle applies for Danes seeking unemployment benefits, as well as to asylum seekers."
Mr Ozoguz said: "As an asylum-seeker you shouldn't be better off than a benefits claimant."
Germany is to extend temporary border checks to regulate the flow of asylum-seekers until at least mid-February, the country's interior minister said yesterday.
Thomas de Maiziere said the checks were unlikely to be lifted in the near future. Germany suspended border-free travel under the Schengen agreement in September.
Meanwhile, Slovenia announced it would keep out all migrants apart from those planning to seek asylum in Austria and Germany.
- Daily Telegraph UK

No German – no money: Austria to fine refugees for refusal to integrate

Migrants wait to access Austria at the border near the village of Sentilj, Slovenia. © Leonhard Foeger / Reuters

Refugees who refuse to attend special integration training courses in Austria as a part of a new program may see their social benefits cut, Austrian Foreign Minister Sebastian Kurz said.

“Those who are not willing to learn German, who do not want to be part of the labor market, who are not ready to attend an integration course, will face social benefits cuts,” Kurz said at the economic forum in Davos, adding that “it is an absolutely necessary next step.”

“The migrant inflow should be reduced but those, who do have the right to get asylum, should be integrated into society,”the minister dded. 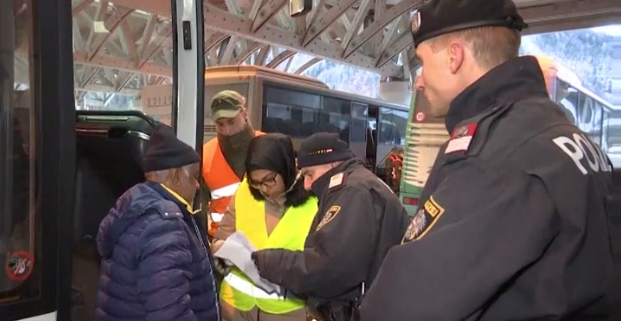 11:23 PM - 17 Jan 2016
His words were reiterated by Markus Wallner, the head of Austria’s western Vorarlberg region. “Here can eventually be no avoidance behavior. Specifically, if someone avoids attending the values training course, [his] social benefits should be reduced,” he said, as quoted by Austrian public broadcaster ORF.

Eight-hour ‘value and orientation’ training courses aimed at teaching refugees Austrian laws and social norms are a part of the broader integration program developed and agreed by the government and the heads of the Austrian regions on January, 20. The first courses providing places for 400 refugees each will start in February with the program envisaging two courses to be held each month.

The courses will cover the basic values embodied in the country’s constitution, equal rights and equal treatment of men and women as well as other democratic principles. The courses are organized by the Austrian Integration Fund with the total budget of the project amounting to €5 million ($5.4million). 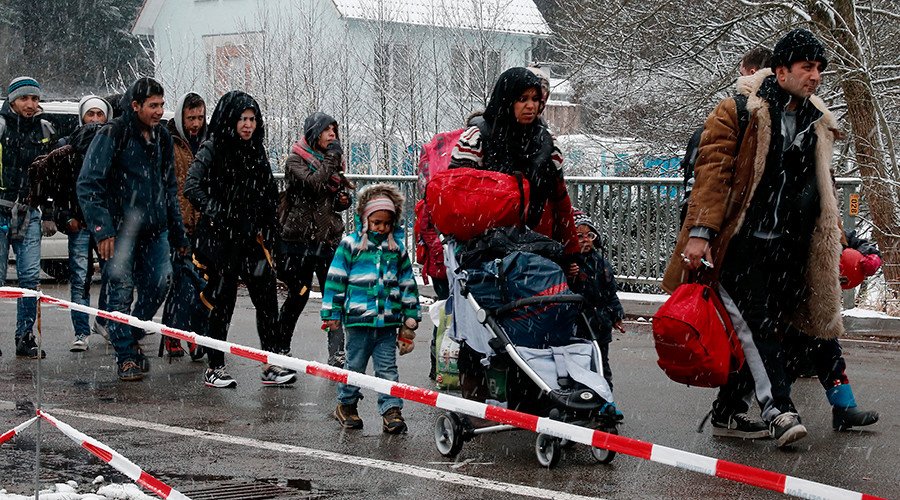 The courses are going to be taught in Arabic, Farsi/Dari and English. According to Wallner, the monthly number of courses could be increased in case of necessity. “We will see, how it will work in the first quarter [of the year], and can extend the offer if necessary,” he said, as quoted by OE24.

Other measures envisaged by the new integration program include German classes and finding jobs for the approved asylum seekers, which could be a significant challenge due to the low qualification of most refugees. Only about 50 percent of the refugees already accepted by Austria will be able to find work in the next five years, Kurz said citing the data presented by the country’s labor market service (AMS).

“Let’s not delude ourselves. We have an intensive long lasting integration process ahead of us,” the minister said as quoted by OE24. 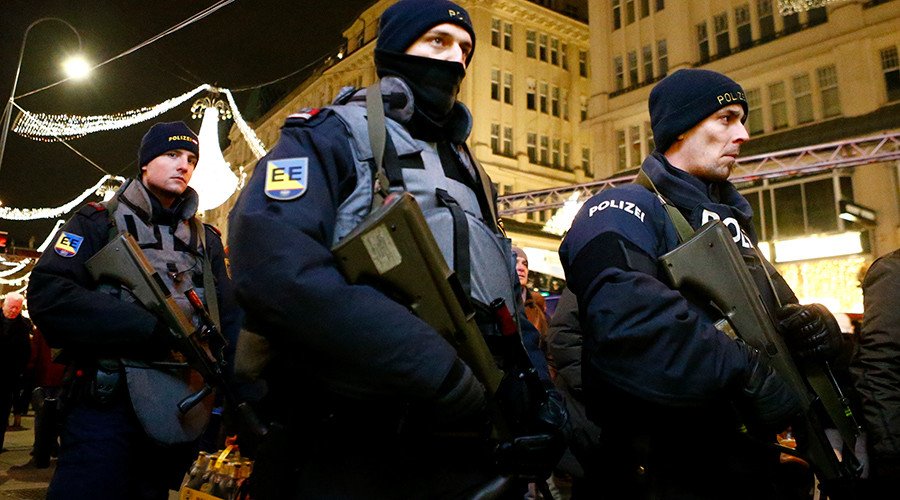 At the same time, both Kurz and Wallner expressed their support to idea of introducing a cap on the number of refugees saying that Austria’s capabilities are already overstretched. Both politicians advocated also stricter border controls.

Wallner claimed that cap on the refugee number is consistent with the Geneva refugee convention and refugees can be denied entry into the country as they already come from a secure third land. Kurz stressed that border controls have already become a “reality in Europe” adding that not only Austria, but Germany and Sweden should take in all refugees.

“We must clearly demonstrate, how many [refugees] we can accept and when our capabilities are pushed to the limit,” he said, adding that Austria’s capabilities are now “seriously overstretched.” 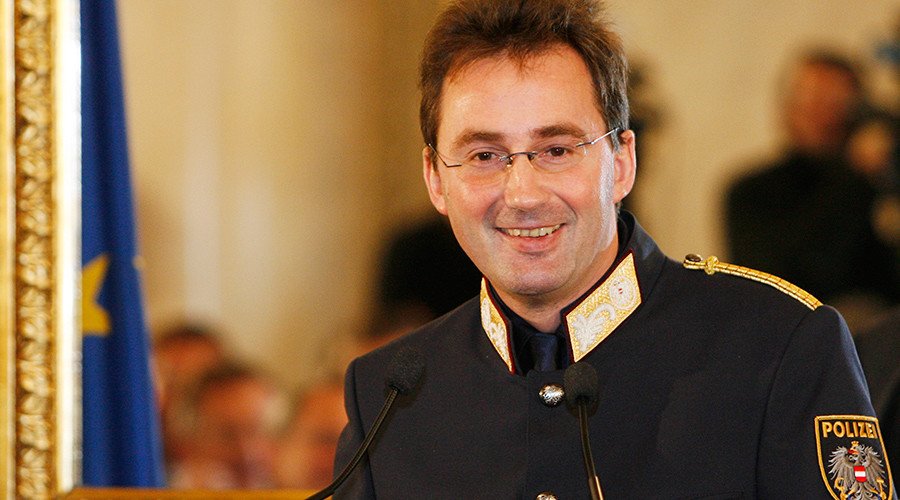 On January, 20, Austrian Chancellor Werner Faymann announced a plan to introduce a cap on the number of new arrivals that puts the number of potential asylum requests the country could approve in 2016 at 37,500. In the next four years, Austria plans to take in a number of refugees amounting to no more than 1.5 percent of its population.

According to Sebastian Kurz, Austria, with its population amounting to fewer than 8.5 million people, has so far accepted the second highest number of refugees per capita in Europe, topped only by Sweden.