The National Rural Fire Authority is warning of extreme fire danger in the South Island over the next two weeks.

Dry conditions have forced nearly half the South Island's fire authorities to ban all outdoor fires.

Authority manager Tim Mitchell said people vastly underestimate how fast fires could travel, especially when conditions were dry and windy, and how much damage they can do. 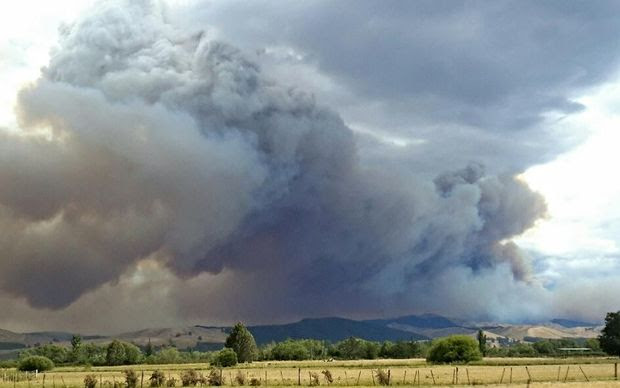 He said the recent Wairau Valley fire destroyed 1200 hectares of trees worth $30 million and the cost of putting it out is likely to reach $2 million.

Mr Mitchell said rain on the South Island's east coast last week made no dent in the danger, and recent hot weather and strong winds had dried out any remaining moisture.

He said people should be careful when using any equipment that could cause a spark.

Posted by seemorerocks at 17:37