Nothing to see here – move on! 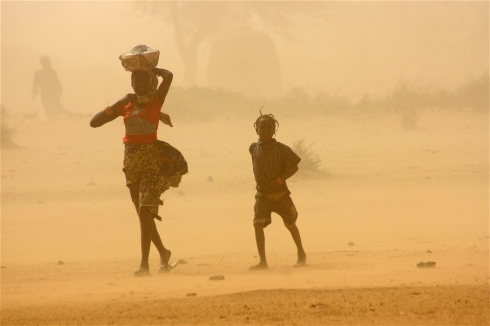 As the latest Superman movie - which shows the superhero's home planet being destroyed by the unsustainable use of its natural resources - hits theatres, a new report reveals that the earth is warming faster than ever in recorded history.

The report, released today, is based on an analysis of temperature and precipitation data recorded from 2001 to 2010.

Michel Jarraud, secretary-general of the World Meteorological Organization (WMO), which did the analysis, said in a statement, “Global warming accelerated in the four decades of 1971 to 2010… The decadal rate of increase between 1991-2000 and 2001-2010 was unprecedented. Rising concentrations of heat-trapping greenhouse gases are changing our climate, with far-reaching implications for our environment and our oceans, which are absorbing both carbon dioxide and heat.”

He continued: “Natural climate variability, caused in part by interactions between our atmosphere and oceans - as evidenced by El Niño and La Niña events - means that some years are cooler than others. On an annual basis, the global temperature curve is not a smooth one. On a long-term basis the underlying trend is clearly in an upward direction, more so in recent times.”

Some key findings from the analysis include:

1. The 2001-2010 decade was the warmest since modern meteorological records began (around 1850) for both land-only and ocean-only surface temperatures.

3. Nine of the years in the 2001-2010 decade were among the 10 warmest years on record. The warmest year ever recorded was 2010, the year Russia experienced a severe heat wave that killed about 55,000 people. It was also the wettest on record, with Pakistan experiencing one of the worst floods in recent times, claiming 2,000 lives.

4. The high temperatures caused widespread melting of Arctic ice and the thermal expansion of sea water, causing global mean sea levels to rise by an estimated 3mm per year, about double the observed 20th century trend of 1.6mm per year. “Global sea level, averaged over the decade, was about 20cm higher than that of 1880,” the report says.

5. If this trend continues, melting ice sheets will contribute more to sea level rise in the 21st century than any other factor.

7. Nearly 94 percent of countries whose data were assessed had their warmest decade in 2001-2010.

8. Africa experienced warmer-than-normal conditions in every year of 2001-2010.

9. Floods were the most frequently experienced extreme event over the course of the decade.

10. The decade saw the most tropical cyclones in the North Atlantic Basin since 1855.