Warm salty water from the Atlantic Ocean is increasingly invading the Arctic Ocean. 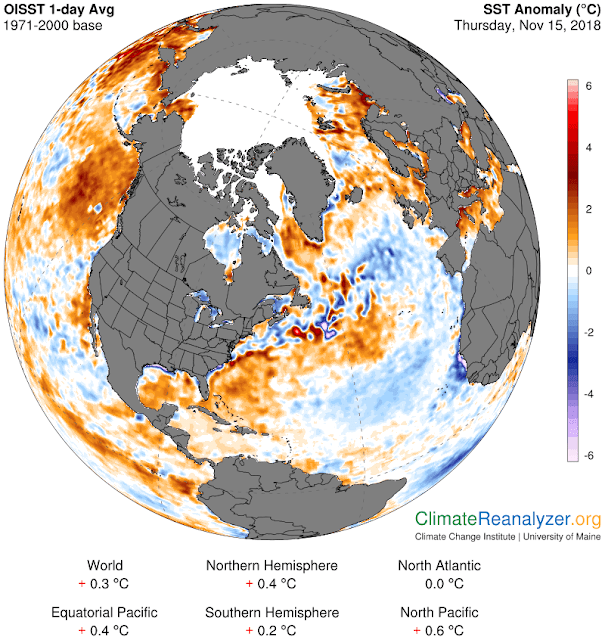 The danger is that a strong influx of salty warm water into the Arctic Ocean could trigger destabilization of hydrates in sediments, resulting in massive eruptions of methane from the seafloor of the Arctic Ocean, as described in earlier posts such as this one.

This methane could cause temperatures to suddenly rise strongly at the higher latitudes of the Northern Hemisphere, speeding up decline of sea ice and permafrost, and further deforming the jet stream.

This could trigger even more extreme weather events, in particular storms, flooding, heatwaves and fires, across the Northern Hemisphere that could devastate crops, take down power grids and threaten meltdowns of nuclear power plants. 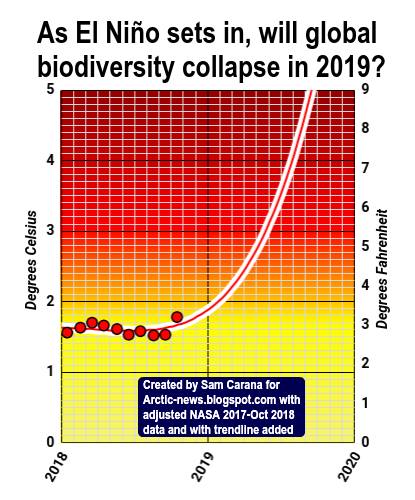 All this contributes to the formation of a freshwater lid on top of the surface of the Arctic Ocean, which has in turn helped to keep sea ice extent larger than it would otherwise have been over the past few years.

The influx of water from the Atlantic Ocean has a much higher salinity level. Ice will stay frozen and will not melt in freshwater until the temperature reaches 0°C (or 32°F). Ice in saltwater on the other hand will already have melted away at -2°C (or 28.4°F).

It is 8 degrees Celsius at Svalbard 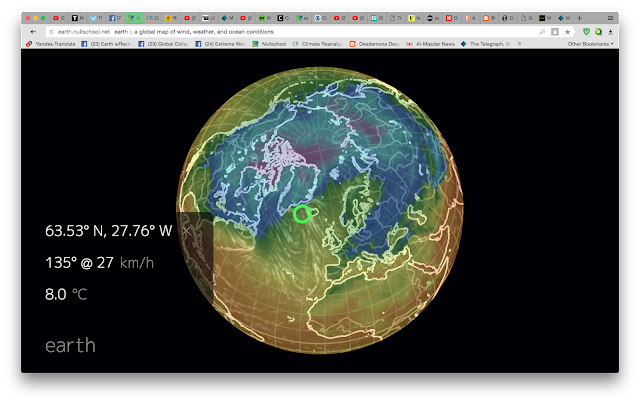 The average for November is minus 8 degrees Celsius 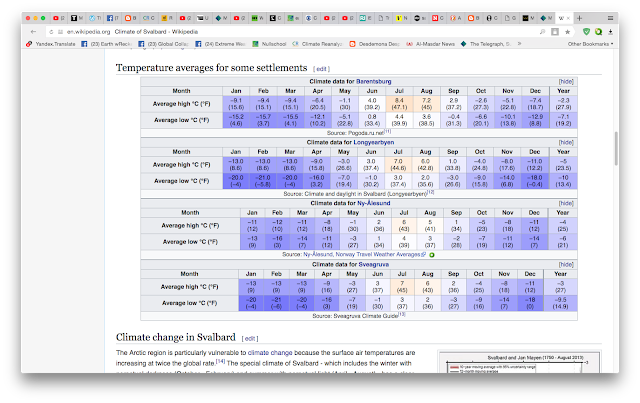 Extreme warmth for Iceland and Greenland this weekend,

An extreme warmth will develop across the Arctic region this weekend, in response to a very strong upper ridge and high pressure system. Northern Atlantic, Iceland, Greenland, Faroe islands, Scandinavia and Scotland will experience unsually warm weather for this time, with daytime temperatures 10-15 °C above normal.

The pattern evolving across Europe indicates an extremely strong upper ridge centered over the Arctic region with several deep cyclones located to its west over the northern Atlantic. Together with powerful high pressure system across the northern Europe, this results in a sharp presssure / temperature gradient right across Iceland. A very strong southern jet stream will advect additional warm airmass towards already very warm weather caused by significant subsidence beneath the upper ridge. Mid-level temperatures will be even higher than 16 °C above normal for mid November!

Detailed 6-hour sequence of temperatures across Iceland (maps provided by www.vedur.is) revealing an extremely warm airmass for Iceland for mid November. Temperatures could locally exceed 15 °C, especially in the valleys and fjords across the northern and western parts where dry Föehn winds will have the maximum results.

While nothing unsual for Iceland regarding the wind threat, the significant warming comes after cold and blowing snow days this week. Night from Friday to Saturday will be very warm across the western half of island, many areas should experience windy conditions and temperatures above 10 °C.

Temperatures at the North Pole are 244K or minus 30 degrees Celsius.
The warmth has to be coming from underneath 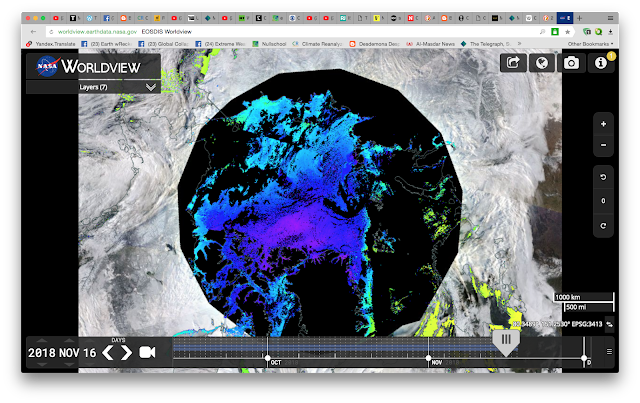