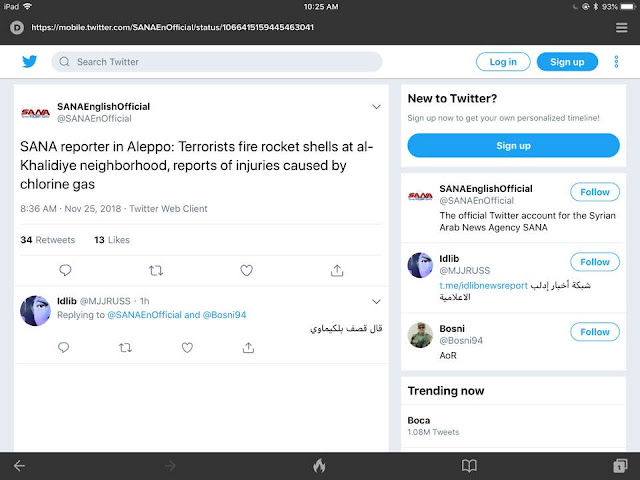 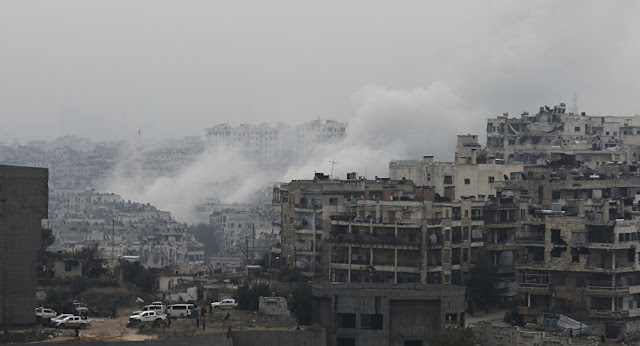 DAMASCUS (Sputnik) – According to the SANA News agency, militants fired shells loaded with chlorine gas at the al-Khalidiye neighborhood.

According to the SANA news agency, militants shelled the neighborhoods of al-Khalidiye and Al Zahraa as well as the Nile Stree causing at least 41 people to be delivered to hospitals. The victims suffered from suffocation allegedly caused by chlorine gas.
The city of Aleppo was liberated by Syrian government troops from terror groups in 2016 but militants continue to shell the city from positions in Aleppo’s suburbs.
The Russian Center for Syrian reconciliation said earlier that militants were preparing new chemical agent attacks in Syria. According to the Russian Defense Ministry, terrorists from the Turkistan Islamic Party have delivered at least 20 containers with 10 liters of chlorine each to Syria.

The Russian Defense Ministry has also warned that the Tahrir al-Sham terrorist group, affiliated with the Nusra Front, is planning a chemical attack against civilians in Syria to provoke western nations into retaliating against Damascus.
READ MORE: Daesh Seizes Chlorine Barrels After Fight With Nusra Front Militants In Syria

Western states accused forces of Syrian President Bashar Assad of an attack with the use of chemical weapons in the Syrian town of Douma on April 7. The Russian Foreign Ministry said that rumors of gas poisoning in Douma were spread to justify foreign interference. The general staff of Russia's Armed Forces said it warned of a planned provocation in Syria as early as on March 13.
In response to the alleged chemical weapons attack, the United States, the United Kingdom and France hit a number of targets in Syria.

The international community has voiced concerns about the use of chemical weapons inside of Syria since the alleged use of sarin gas in Damascus in 2013. Following the incident, Syria joined the Organization for the Prohibition of Chemical Weapons (OPCW) and agreed to destroy its chemical weapons arsenal. On January 4, 2016, the OPCW issued a statement confirming that the destruction of the Syrian chemical weapons had been completed.
READ MORE: Syria’s FM Walid Muallem: UK Helped White Helmets Smuggle Chlorine to Idlib


6 Su -24 RuAF fighters are in flight with transponders off over Syria in retaliation to chemical weapons incident in Aleppo #Idlib
U.S prepare to blame Assad Regime 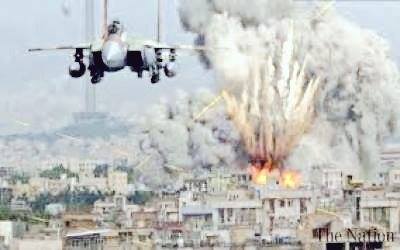 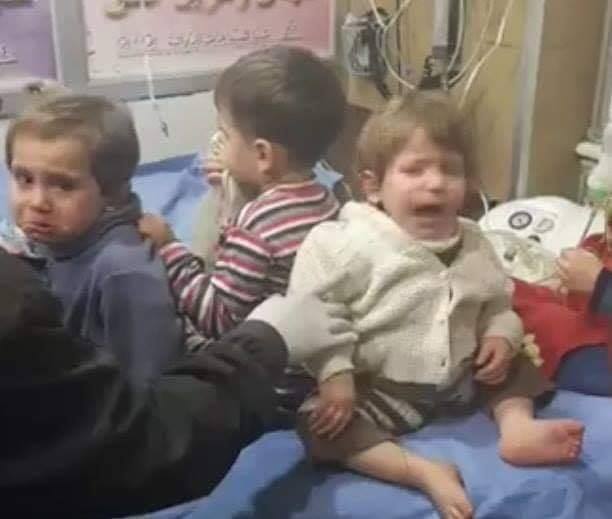 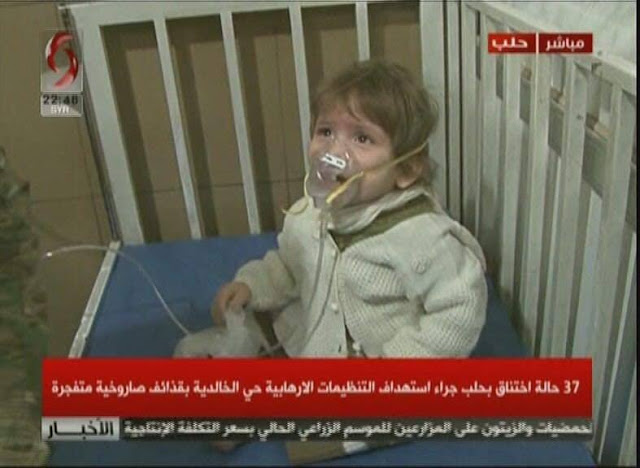 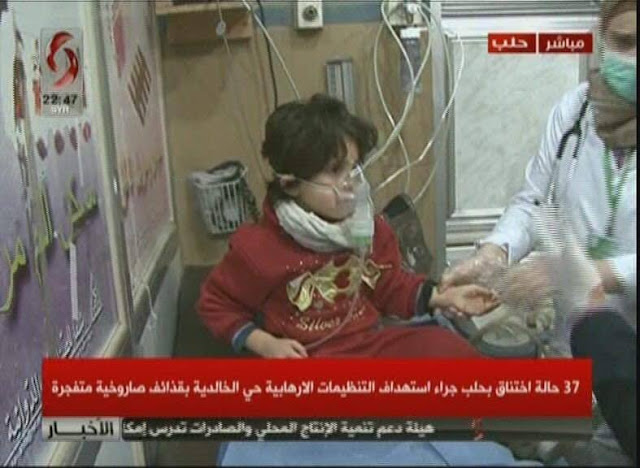 Manager of Health Directorate of Aleppo : More than 50 victims so far including children, as a result of the terrorist shelling on the western residential neighborhoods of #Aleppo.

So far most of the victims are showing symptoms of toxic exposure which indicates of the using of a toxic gas, biased on the symptoms it's most likely Chlorine.

Dr. Anas Shanan (A doctor in the hospital) :

- Our medical staff were able to deal with all the victims so far, thank God we didn't lose any casualties.
- This incident with these symptoms reminds us of the terrorist attack on Khan Alaasal on the 19th of March 2013