A part of the NZ media acknowledges climate change


Quick! Save the Planet: We must confront climate change

This project accepts a statement that shouldn't be controversial but somehow still is: climate change is real and caused by human activity.

Mature adults can disagree about the impact of climate change and how we should react. We'll feature a wide range of views as part of this project, but we won't include climate change "scepticism". Including denialism wouldn't be "balanced"; it'd be a dangerous waste of time. The experts have debunked denialism, so now we'll move on.

I'm not speaking from the moral high ground. I'm a middle-class hypocrite. I'm worried about climate change but my family drives two cars, and you won't catch me on a bike. I eat meat daily. I love international travel. I use heaters when I could rug up. 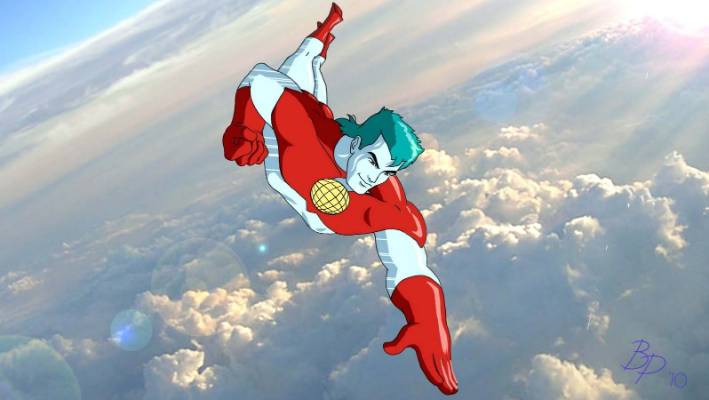 I've been too deaf to the warnings of the Cassandras, and like many Kiwis I need help navigating the required change.

New Zealand's unique emissions profile – heavy on the methane, courtesy of all those cows – presents its own challenges.

For some, climate change might even hold a secret appeal, based on the naive notion of gentler winters and more languid summer beach days. That fails to count the social, economic and political costs of climate change.

The price of global warming will appear in our food supply, our insurance premiums, our transportation options, our access to water, and many other facets of everyday life. Some of those bills are already falling due – climate change is not a future threat; it's a creeping villain already menacing New Zealand communities and our Pacific neighbours.

Despite his heroic efforts, Captain Planet failed to take pollution down to zero. But at least he helped inspire the logo design for Quick! Save the Planet.

Despite his heroic efforts, Captain Planet failed to take pollution down to zero. But at least he helped inspire the logo design for Quick! Save the Planet.
By 2018, our world has already been irreparably altered by human-induced climate change. For today's children – those who could see out the end of the century – the prognosis is bleak. Will they blame us for our legacy, or can we give them reason to thank us?

Yet, there are causes for hope. Many New Zealanders – scientists, environmentalists, business leaders, farmers, technologists, activists – have already dedicated themselves to solutions. Our politicians are at the point where a productive cross-party consensus isn't inconceivable.

While some climate veterans – decades deep in the fight – may privately believe we've already squandered our chance for meaningful action, others see this moment in time as the crest of a wave of change that's about to wash ashore.

Climate change has to be at the foreground of the national conversation. Quick! Save the Planet will contribute through original journalism and by providing a platform to amplify healthy debate. We'll report the latest science on the local impacts of climate change; catalogue the tools available to mitigate the causes of global warming; examine how people, communities, businesses and governments are adapting; and discuss how individuals can make a difference – even those middle-class hypocrites like me. 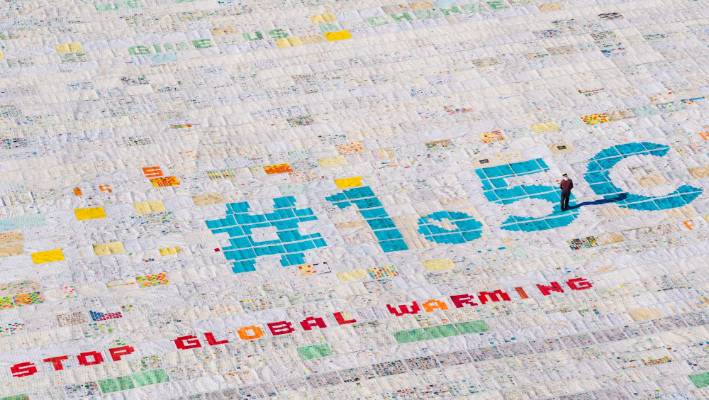 This giant postcard on the Aletsch glacier in Switzerland was made up of messages from children and young people from 35 countries.
VALENTIN FLAURAUD/AP

This giant postcard on the Aletsch glacier in Switzerland was made up of messages from children and young people from 35 countries.
Solving climate change – or at least averting cataclysm – isn't as simple as planting more trees, eating less meat, and swapping your car for a Lime. Individuals can make a difference and inspire a ripple effect of change. But considering the scale of this problem, that won't be anywhere near enough. We need systemic change that shifts communities, companies and countries.

The classic Kiwi "she'll be right" attitude won't serve us here. Without urgent and comprehensive action, she won't be right.

It's past time to agree that we need to act, quickly, to save the planet.

Large parts of the Lower Hutt suburb of Petone could be under water before the end of the century if climate change continues on its current path, a damning new report has revealed.

The study, by Hutt City Council, also suggests home owners in the suburb at the northern tip of Wellington Harbour could find their homes uninsurable in as little as 30 years.

Petone, along with the Lower Hutt suburbs of Seaview, Alicetown and Moera, already face a number of threats relating to climate change.

The risk of flooding from heavy rain and storm surges is increasing and with the harbour rising, water cannot drain.

Hutt City Council resilience manager Jörn Scherzer said the problem was that a significant part of Lower Hutt was low lying, which was likely to have "large cost implications" for the council and wider community

Lower Hutt was working on the basis that the sea would rise by 1 metre over the next 80 to 100 years, although some estimates have it rising as much as 3.5m.

The council was consulting on what could be done and who should pay the cost of potential solutions, such as a sea wall or relocating communities.
It also planned to set carbon targets to reduce the impact of climate change. Changes to the District Plan, seawalls, stopbanks and pumps were all possibilities to be looked at as well, Scherzer said.

This map shows how different levels of sea level rise (SLR) are predicted to impact the suburbs of Lower Hutt nearest to Wellington Harbour.
He predicted insurers would stop offering insurance in Petone a long time before the suburb flooded. The worst case scenario was that could happen in 30 years.
The report says the position of the Insurance Council is that it will not insure against "things that are certain", which includes the rising sea level.

It will also become increasingly hard for homeowners in Petone to get a mortgage, the report said. STUFF   Large parts of the Lower Hutt suburb of Petone could be uninsurable in a few decades, and at the bottom of Wellington Harbour before the turn of the century.
Insurance council chief executive Tim Grafton said the risk facing Petone was unusually high.

As well as rising sea levels, there was also a high risk of liquefaction and a tsunami after a large earthquake, as well as flooding from the Hutt River.
He would not be drawn on a date for when Petone would become uninsurable, as that would ultimately be a decision made by individual companies. 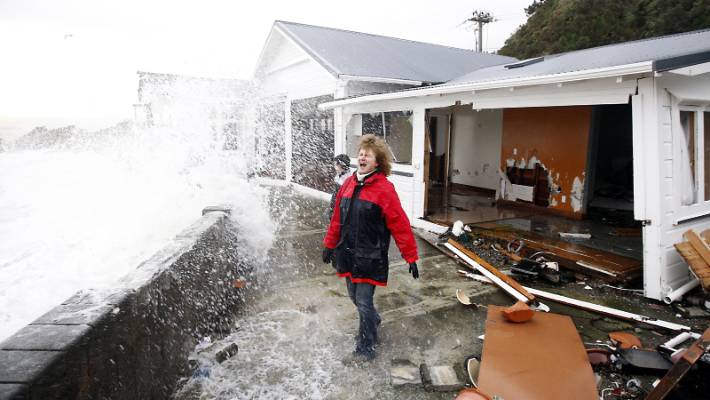 Scientists did not agree on the likely level of sea rise and there were differing views on how it would impact Wellington Harbour, he said.

Planning now would help reduce the cost later and was an approach the insurance industry favoured, he said.

Long-time Petone resident and Hutt city councillor Tui Lewis said rising sea levels was a fact of life and the council was facing some tough decisions. 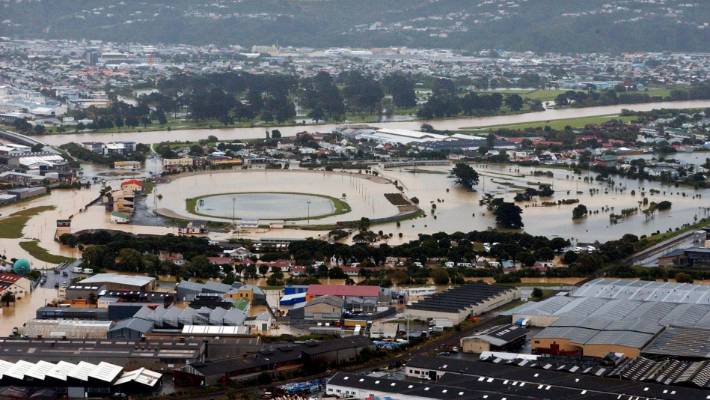 STUFF  View from the top of the Wainuiomata Hill, showing the impact of flooding on Hutt Park/Seaview in Lower Hutt December 1976.

She doubted residents  would willingly pay for a seawall but agreed the time had come to have a discussion about the future of low lying parts of Lower Hutt.
Some homeowners in the area, as well as those in nearby Eastbourne, were already unable to get online insurance quotes, and she said the situation was only going to get worse.

Petone realtor Elliott Kemeys said it was no secret that the suburb could get hit by an earthquake or a tsunami but no buyers have ever asked him about the impact of the harbour rising. 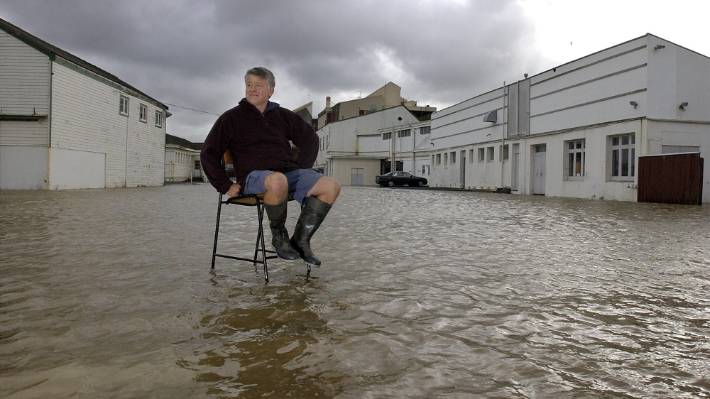 STUFF  Allan Hyslop, a Wellington Greyhound Racing Club committee member, ponders the cancellation of races at Hutt Park due to flooding in 2003.

The average price of a house in Petone is $650,000. Kemeys doubted buyers would be put off by the threat of sea level rise. 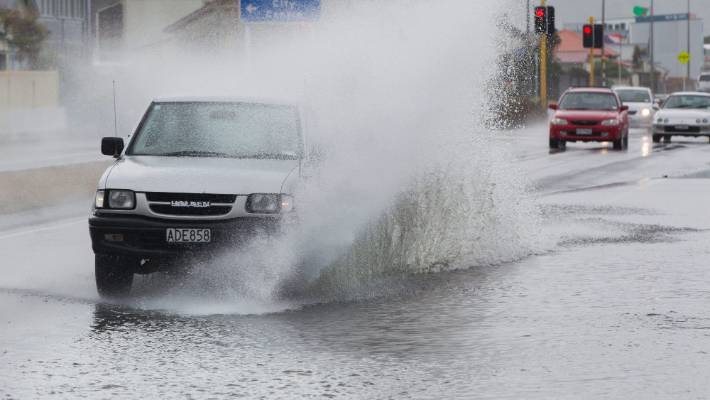 ​ROSS GIBLIN/STUFF   Flooding on the Petone Esplanade in 2016. 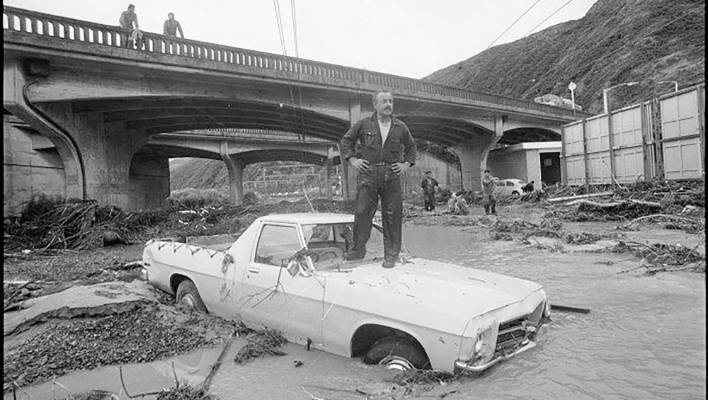 STUFF A huge flood in December 1976 left much of Petone under water. Climate change could deliver the suburb a similar fate.