At least one person has died and 229 others have been injured as around 282,000 people protested against soaring fuel prices throughout France. Police used tear gas to stop demonstrators at the Champs-Elysees.

Starting from the early hours of Saturday, tens of thousands of people have taken to the streets of French cities to express their discontent with the policies of President Emmanuel Macron and the French government’s recent decision to raise fuel prices through additional taxes.

“Gasoline prices never stop rising. It’s the straw that broke the camel’s back. Macron and his buddies just let… things go from bad to worse,” one protester told RT.

Police also cordoned off some roads to prevent more protesters from joining the blockades in Paris and elsewhere, RT’s Charlotte Dubenskij said. People, however, kept coming.

Later in the day, some 1,200 protesters managed to cut their way through police cordons to the French President’s Palace chanting “Macron, resign!” Police interfered and pushed the group away, using tear gas.

Protesters blocked roads across France, disrupting traffic in many areas as well as blocking access to gas stations.

See @lex's other Tweets
Twitter Ads info and privacy
Most of them are wearing yellow vests – the symbol of a popular movement and umbrella organization behind the protests. 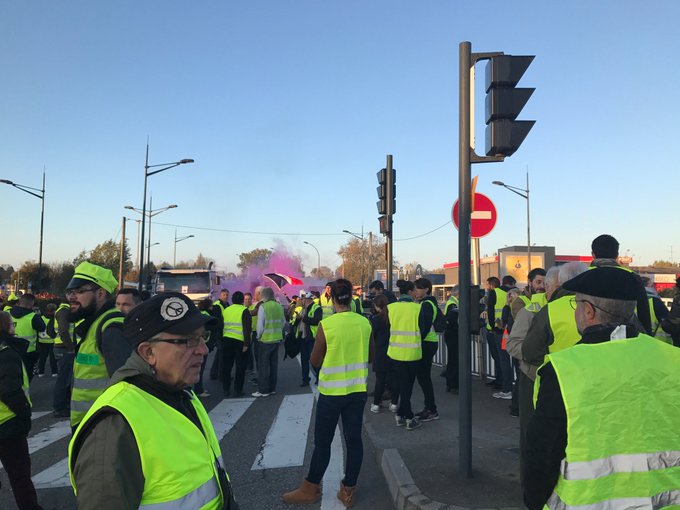 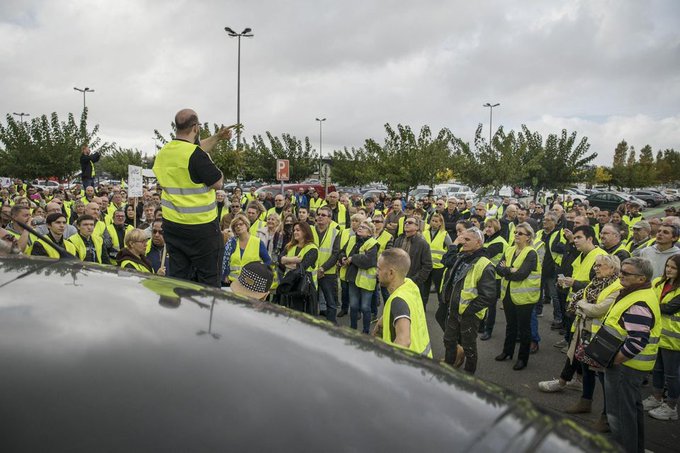 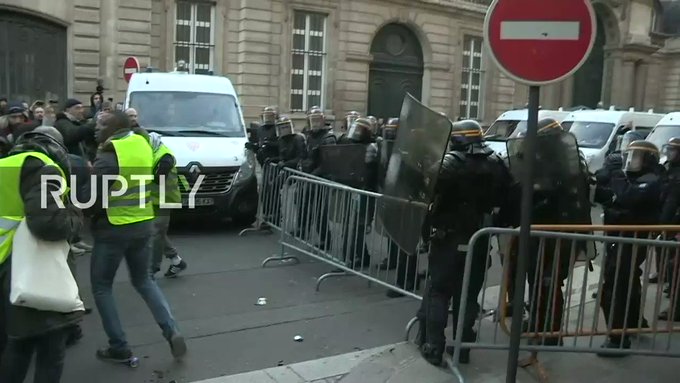 Ruptly✔@Ruptly
Replying to @Ruptly
Tensions flare up in #Paris #GiletsJaunes

Some protesters attempted to stage a sit-in in the vicinity of the Elysee Palace. The situation quickly escalated, leading to heated verbal exchanges between the demonstrators and the police. 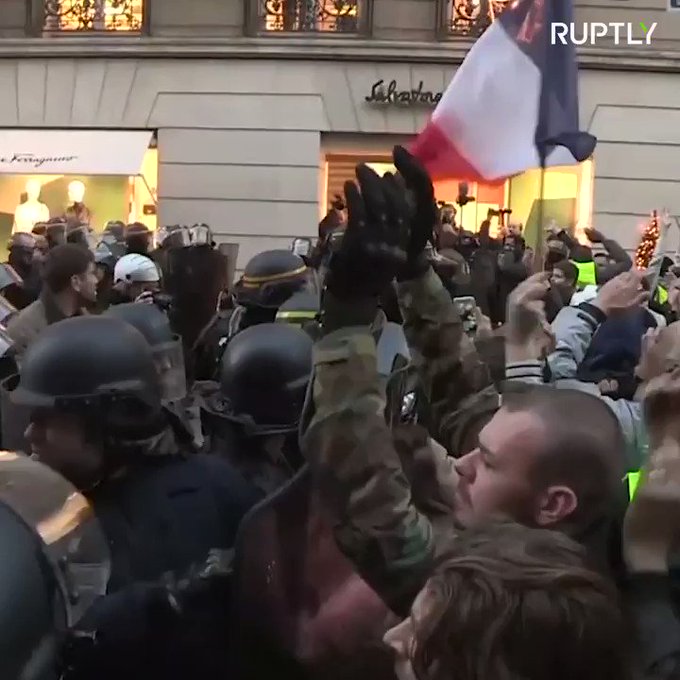 Both small roads and highways were blocked by protesters in various regions. 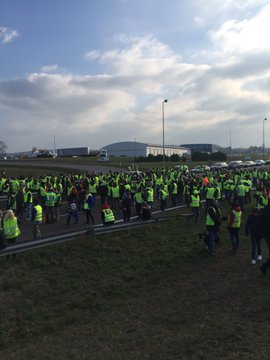 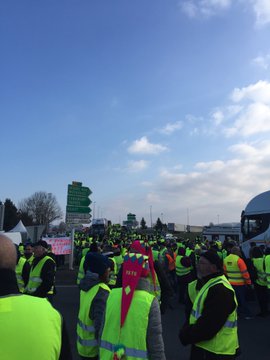 See jil700ᵠ's other Tweets
Twitter Ads info and privacy
A total of 282,710 people took part in 2,000 rallies across France, according to the Interior Ministry. French media called the level of protests “unprecedented.” Many roads have been closed due to the protesters’ blockades. In many places, the roadblocks have led to severe traffic jams.

At the end of the day of protest, one person died and at least 229 people were injured, according to the Minister of the Interior. Authorities went on to arrest 117 people, placing 73 of them in custody. 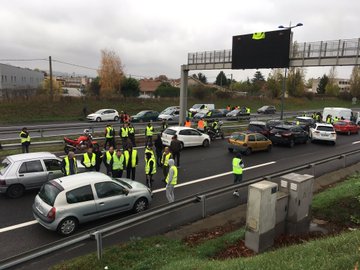 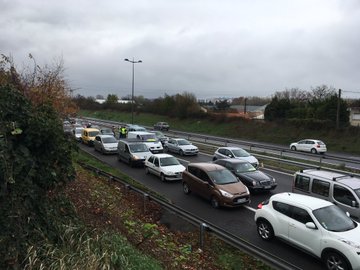 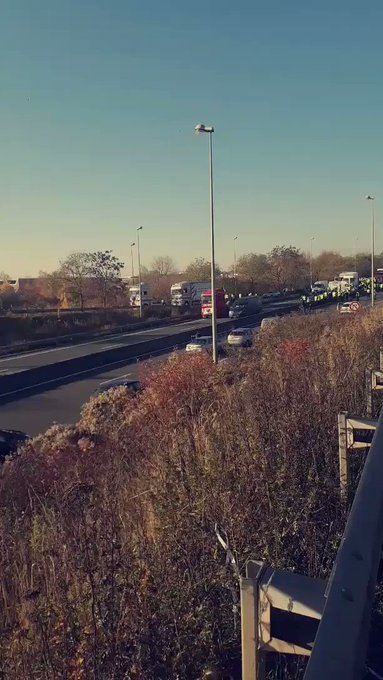 's other Tweets
Twitter Ads info and privacy
Demonstrators were seen burning tires and setting up barricades on the roads. The actions of the protesters also led to some conflicts with both drivers and pedestrians. 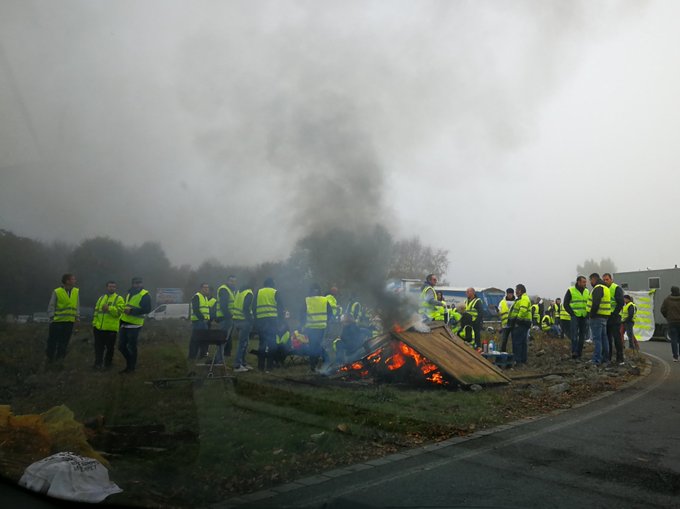 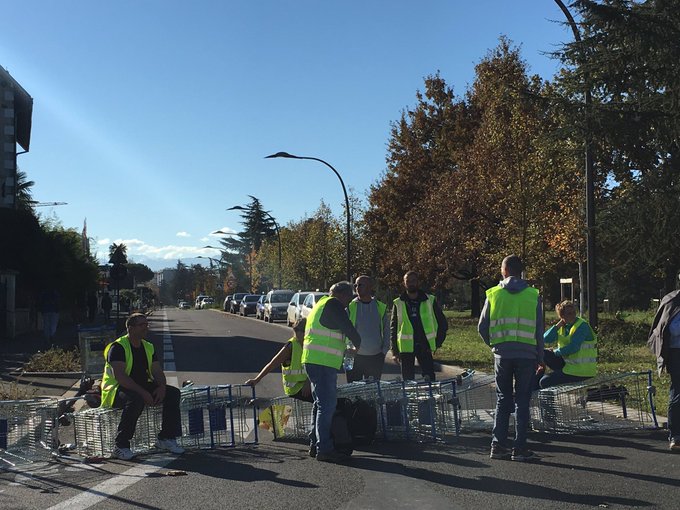 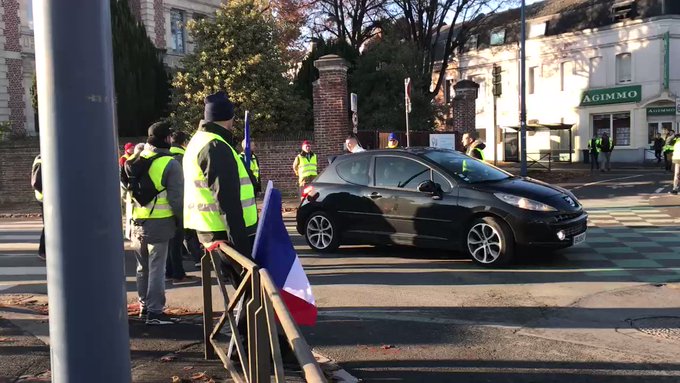 682 people are talking about this
Twitter Ads info and privacy
Police deployed large forces to the areas where protests were held, but still apparently failed to bring the situation fully under control as, according to the Interior Ministry, 227 people were injured during the protests, with six in critical condition. 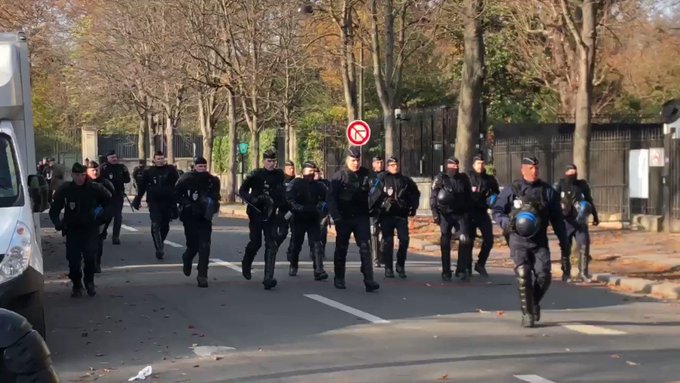 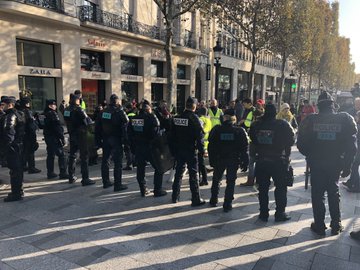 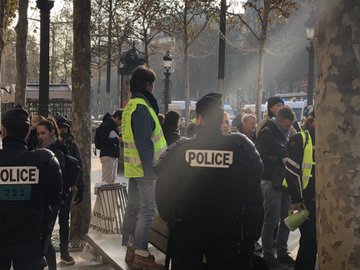 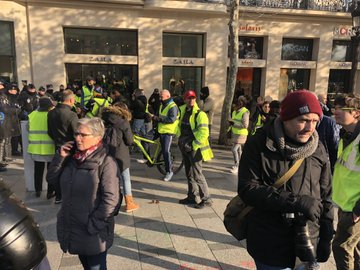 See Clément Lanot's other Tweets
Twitter Ads info and privacy
One protester died in a road accident in Pont-de-Beauvoisin in the southeastern region of Savoie when a panicked female driver ran over a woman after protesters surrounded her car and starting banging on the hood. Two more people were hit by a car and one of them suffered serious injuries in the northern city of Arras and were taken to the hospital, according to local media.

Richard L. Senneville@RichyNYC
#France The #GiletsJaunes people are nothing else than militias encouraged by the far right and the far left to prevent citizens from going to work. Populism have reached another level. Hold tight @EmmanuelMacron #SansMoiLe17
14
1:28 AM - Nov 18, 2018 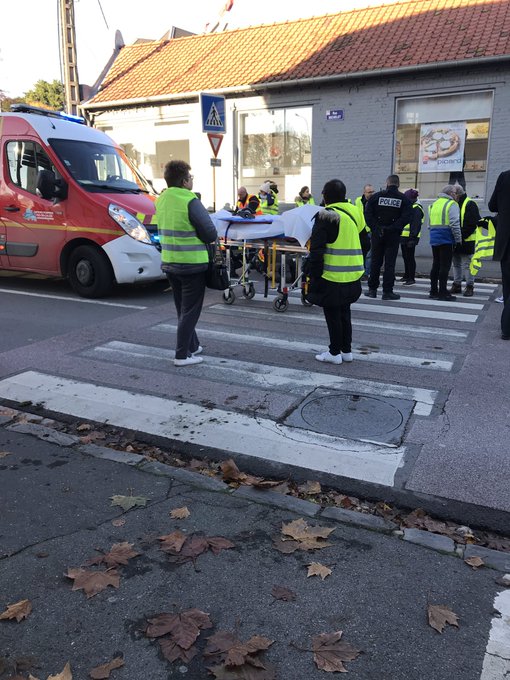 23 people are talking about this
Twitter Ads info and privacy
Some protests ended up in scuffles with police. Officers have so far arrested 117 people, and 73 of them were taken into custody, according to the Interior Ministry, cited by BFM TV. 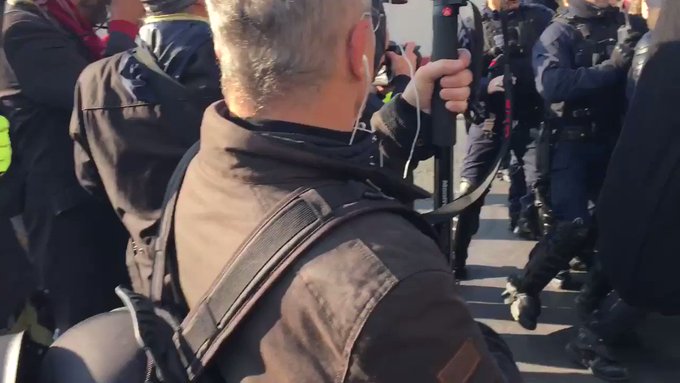 Claire Paccalin@clairepaccalin
#giletsjaunes at #portemaillot still trying to march up the avenue de la Grande Armée towards the Champs Elysées, police holding them back as their demonstration has not been officially registered, there’s no official leader or structure to their movement #F24
1
12:13 AM - Nov 18, 2018

See Claire Paccalin's other Tweets
Twitter Ads info and privacy
The massive protests were provoked by the government’s plans to continue increasing taxes on diesel and gasoline, as well as the carbon tax meant to limit greenhouse gas emissions. French Transport Minister Elisabeth Borne said the tax on diesel will increase by 6.5 cents per liter in January 2019, while the tax on gasoline is set to increase by 2.9 cents.

Protesters say the measures will disproportionally affect people who rely on their cars to commute to work.
Posted by seemorerocks at 10:52