The SU-25 harassign the Ukrainian navy

Impressive footage of the SU-25 flight, intimidating the Ukrainian Navy at the Crimean bridge 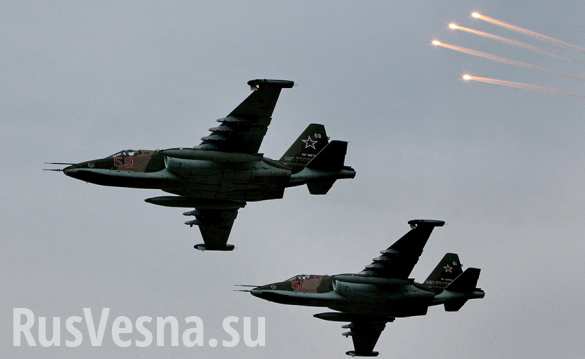 As reported, in the area of today's provocation of the naval forces of Ukraine over the Kerch bridge witnesses recorded the flights of SU-25.

Recall that in addition to the "Rooks" to the bridge came the ships of the Border service of the FSB, the Black Sea Fleet and reconnaissance and attack helicopters KA-52.

As reported by "Russian Spring", today around 7 am in the Russian territorial waters illegally entered 3 naval vessels of Ukraine.

The passage through the Strait of Kerch for Ukrainian military vessels was closed.