A new record in greenhouse gasses

“Levels of heat-trapping greenhouse gases in the atmosphere have reached another new record high,” the World Meteorological Organization 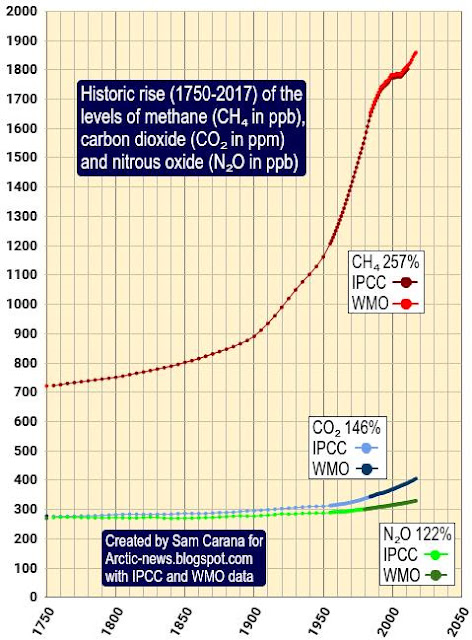 “Levels of heat-trapping greenhouse gases in the atmosphere have reached another new record high,” the World Meteorological Organization (WMO) said in a recent news release. “There is no sign of a reversal in this trend, which is driving long-term climate change, sea level rise, ocean acidification and more extreme weather.”

“The science is clear. Without rapid cuts in CO₂ and other greenhouse gases, climate change will have increasingly destructive and irreversible impacts on life on Earth. The window of opportunity for action is almost closed,” said WMO Secretary-General Petteri Taalas.

“The last time the Earth experienced a comparable concentration of CO₂ was 3-5 million years ago, when the temperature was 2-3°C warmer and sea level was 10-20 meters higher than now,” said Mr Taalas.

“CO₂ remains in the atmosphere for hundreds of years and in the oceans for even longer. There is currently no magic wand to remove all the excess CO₂ from the atmosphere,” said WMO Deputy Secretary-General Elena Manaenkova.

In the associated video, Dr Oksana Tarasova added that “changes in carbon dioxide levels that we are observing now do not happen naturally. Such changes never ever happened in the history of this Planet.”

The situation is dire and calls for comprehensive and effective action, as described at the Climate Plan, i.e. multiple lines of action implemented in parallel and locally where possible. Of course, as long as politicians remain reluctant to even consider pursuing efforts to reduce emissions, the world can be expected to remain in the Danger Zone for a long time to come.

From the post 'As El Niño sets in, will global biodiversity collapse in 2019?', at: https://arctic-news.blogspot.com/…/as-el-nino-sets-in-will-… 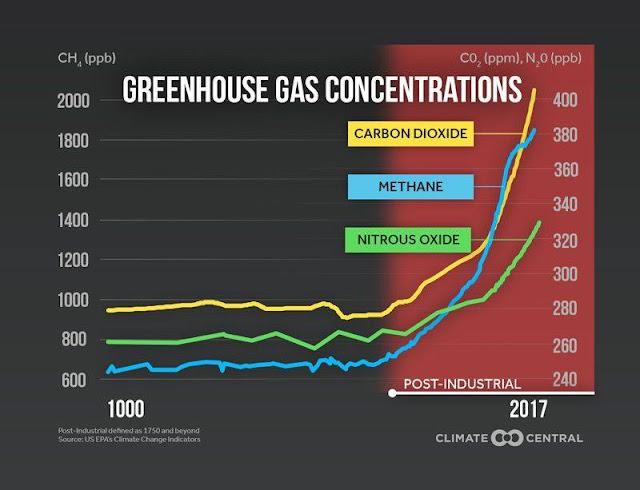 Those sharp peaks. Do you see the sharp peaks? Those represent Four Interglacials that reached Two and a half to three degrees Celsius above the norm The norm is just slightly below 14 degrees C GAST. We are at 15 now. When we hit 16 we will be right up there even with that peak at about 120,000 BC (called the Eemian Interglacial) From that temperature and higher, death will stalk the earth because of increasing crop failures. At 17 C Billions of people will be dying of starvation and we will see the collapse of civilization.

What comes after that is conjecture, but I know thousands of Republicans who have built underground shelters that are well hidden. They anticipate the need for a Hiding Place during the food riots. They also anticipate that something drastic will be done to end the Global Heating after most of the riots are over.

If that "drastic thing" is done, you will see snow on the ground. If so, get the hell out of your hole and move into an available house.

Posted by seemorerocks at 20:06