The Duran’s Alex Christoforou and Editor-in-Chief Alexander Mercouris take a quick look at Poroshenko's claims of a Russian invasion of Ukraine, and how the recent Kerch Strait tensions will feed nicely into the neocon war agenda, derailing any rapprochement between Trump and Putin during the G20 summit 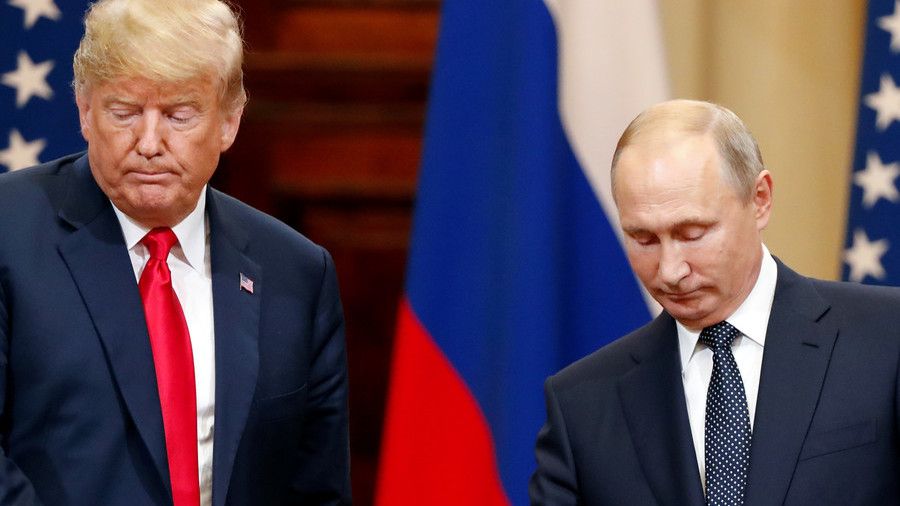 US President Donald Trump has cancelled a scheduled meeting with Russian President Vladimir Putin which was due to take place at the G20 Summit in Buenos Aires on Saturday.

More
Петро Порошенко Retweeted Donald J. Trump
This is how great leaders act!
Петро Порошенко added,
Donald J. TrumpVerified account @realDonaldTrump
Based on the fact that the ships and sailors have not been returned to Ukraine from Russia, I have decided it would be best for all parties concerned to cancel my previously scheduled meeting....
Show this thread


Trump had previously cast doubt over whether the meeting would take place, telling the Washington Post on Wednesday that “maybe” he would cancel the tete-a-tete, citing the recent confrontation between Russian and Ukrainian military vessels in the Kerch Strait.


Three Ukrainian Navy vessels were apprehended by Russia trying to cross between the Black Sea and the Azov Sea on Sunday. While Kiev said it had informed Russia of the crossing, Moscow said it had not received notification.

Leaving the White House for Argentina on Thursday, Trump told reporters he “probably” would meet with Putin at the summit, but said he would make a decision after receiving a briefing on the plane.

Shortly after, Trump tweeted that “it would be best for all parties concerned” to cancel the meeting with Putin “based on the fact that the ships and sailors have not been returned to Ukraine.”

Trump said he looked forward to a "meaningful summit" when the "situation is resolved."

Responding to Trump's decision, the Kremlin said it had received no confirmation of the cancellation through official channels. A Kremlin spokesperson said if the meeting is off, however, Putin will have a few free hours for other important meetings.

It's not the first time uncertainty has surrounded whether a meeting between the two leaders would take place. In fact, it seems to happen frequently.

Just three days before the pair met in Helsinki in July, Special Counsel Robert Mueller, who is investigating alleged"collusion" between Trump and Russia announced grand jury indictments against 12 Russian military officials for their alleged roles in interfering in US domestic politics. That move prompted White House officials to suggest Mueller was trying to derail the Helsinki meeting.

There were also conflicting reports about a possible meeting between the two leaders in the days before Armistice Day commemorations in Paris last month. In the end, the two reportedly had a brief conversation behind the scenes and shook hands publicly after French organizers changed the seating arrangements at the last minute to avoid having the pair seated next to each other.

MOSCOW, Russian Federation – U.S President Donald Trump announced that he was canceling a meeting with Russian leader Vladimir Putin at the G20 summit in Argentina.

He made this decision after reading the report on the incident in the Kerch Strait. According to him, the main reason for the incident was the fact that ships and sailors did not return to Ukraine. Trump was criticized by both Neocon Republicans and Clinton Democrats alike, for failing to ‘condemn’ Russia.

“I look forward to a meaningful summit again as soon as the situation is resolved!” – Trump wrote on Twitter .

The Russians, for their part, have also made an official statement. RIA reports that the spokesman for the Russian president, Dmitry Peskov, said that the Kremlin has no official information about canceling the meeting.

At the same time, he noted that if the United States confirms the refusal, then Putin will have a couple extra hours to meet on the sidelines of the summit.

Russian President Vladimir Putin and US President Donald Trump
RevContent InArticle SOLO
The last time world leaders could briefly talk in early November in Paris on the “margins” of events in honor of the centenary of the end of the First World War.

In mid-July, the first full-format meeting between Putin and Trump was held in Helsinki. The conversation between the leaders of Russia and the United States began in a one-on-one format, then negotiations continued with the participation of members of delegations. The heads of state discussed ways of normalizing and developing bilateral relations, and pressing issues on the international agenda.

Provocation in the Kerch Strait

On the morning of November 25, the ships of the Ukrainian Navy, Berdyansk, Nikopol and Yana Kapu, violated the state border of Russia and maneuvered dangerously for several hours without reacting to the legal demands of Russian boats and ships.

Shipping in the Kerch Strait resumed

The vessels were detained, 24 Ukrainian military men were on board, including the SBU officers, who, according to the Center for Public Relations of the FSB, coordinated the provocations.

A criminal case: violation of the state border

Vladimir Putin called the situation in the Kerch Strait pre-prepared provocation, which Petro Poroshenko used as a pretext to impose a state of emergency in Ukraine on the eve of presidential elections.

At the same time, the head of state stressed that Russian border guards were fulfilling their duty to protect the state border.

This is from yesterday

‘Kiev would get away even with eating babies’: Putin says Kerch Strait standoff is a provocation

President Vladimir Putin said the clash between Russian and Ukrainian military ships was a result of foreign nations failing to hold Kiev accountable for bad behavior as long as it remains confrontational towards Russia.

They were the first remarks made by the Russian leader since the confrontation in the Kerch Strait, a narrow passageway between the Black Sea and the Azov Sea, where a strategic bridge connecting Crimea to mainland Russia is located.

“The authorities in Kiev are selling anti-Russian sentiment with quite a success today. They have nothing else to do,” Putin said during a business forum in Moscow.

The Russian president said it seemed like Kiev could get away with anything as far as foreign nations supporting Ukraine’s anti-Russian stance were concerned.

If they demand babies for breakfast, they would probably be served babies. They’d say: ‘Why not, they are hungry, what is to be done about it?’ This is such a shortsighted policy and it cannot have a good outcome. It makes the Ukrainian leadership complacent, gives them no incentive to do normal political work in their country or pursue a normal economic policy.

Putin said the incident, which ended in Russia’s seizure of three Ukrainian ships and Kiev imposing a partial martial law in the country, was a “dirty game” by Poroshenko, who needs to suppress his political opponents ahead of the March presidential election. He affirmed that the Ukrainian side was responsible for the escalation of tensions, since the incident was a deliberate and planned provocation by the Ukrainian Navy.

The Russian leader also defended the border guards who stopped the Ukrainian ships from passing through the Kerch Strait, saying it was their duty as sworn service members to do so and that, if they failed, they could face a tribunal for defying an order.