British are preparing a chemical wepaons attack in Donbass 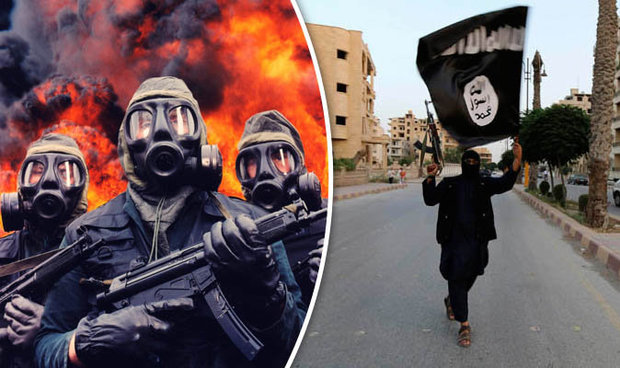 FRN has confirmed from our sources on the ground that the data obtained by the DPR intelligence, in which a group of British military experts arrived in Artyomovsk, is likely to be correct. Of particular concern is that this operation, done in concert with Kiev, is being conducted in order to carry out a chemical attack in the north of the Donbass People’s Republic. While this was initially revealed at a briefing in Donetsk on Wednesday, November 21, by the head of the press service of the Office of People’s Militia, Captain Daniel Bezsonov, speculations circulated that the DPR’s announcement contained an error or over-statement.

Based upon our conversations from persons in the DPR associated with a Cossack groupment independent of Russia and Donetsk, on the condition of anonymity, the arrival of British personnel has been confirmed.

According to Captain Daniel Bezsonov of the DPR’s press service:

“The Ukrainian side does not leave intentions to conduct a chemical sabotage in the north of the DPR. Our intelligence obtained data on the arrival at the headquarters of the 72nd brigade in Artyomovsk a group of military specialists from the UK, ” the DAN news agency quoted him.

According to available information, some of the arrivals are part of the units of the special op forces of the United Kingdom. Also, according to intelligence reports, in the populated areas of Dacha and Dzerzhinsk, 2 and 5 km from the contact line, the arrival of special units with individual chemical protective equipment and boxes with signs of chemical danger has been observed.
Posted by seemorerocks at 16:30