What will Australia's fire season be like this year?

Australia has just had its warmest August on record 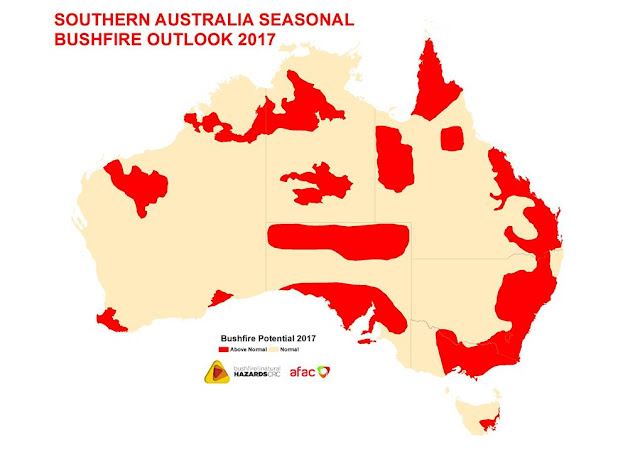 What will our fire season be like this year? The details are in our southern#bushfireoutlook, released today as part of #AFAC17.

With most of Australia experiencing a combination of above average temperatures and below average rainfall over winter, large parts of the country face above normal bushfire potential for the fire season.

The Southern Australia Seasonal Bushfire Outlook 2017 shows the most at risk areas. The warmer and drier than average weather over recent months, combined with the forecasts for spring, suggest that the southern fire season is likely to commence earlier than usual and be more active than normal.

Find out more at http://ow.ly/QCXX30euOHz