Worst wildfire season on record in Greenland, Siberia and Alaska

Huge blazes in Greenland, Siberia and Alaska are producing plumes of smoke that can be seen from space 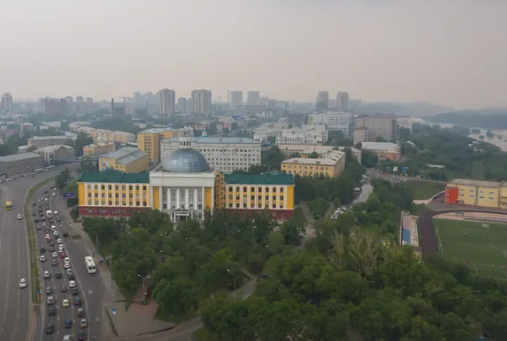 The Arctic is suffering its worst wildfire season on record, with huge blazes in Greenland, Siberia and Alaska producing plumes of smoke that can be seen from space.

The Arctic region has recorded its hottest June ever. Since the start of that month, more than 100 wildfires have burned in the Arctic circle. In Russia, 11 of 49 regions are experiencing wildfires.

The largest blazes, believed to have been caused by lightning, are located in Irkutsk, Krasnoyarsk and Buryatia. Winds carrying smoke have caused air quality to plummet in Novosibirsk, the largest city in Siberia.

In Greenland, the multi-day Sisimiut blaze, first detected on 10 July, came during an unusually warm and dry stretch in which melting on the vast Greenland ice sheet commenced a month earlier than usual.

In Alaska, as many as 400 fires have been reported. The climatologist Rick Thomas estimated the total area burned in the state this season as of Wednesday morning at 2.06m acres.

Mark Parrington, senior scientist with the Climate Change Service and Atmosphere Monitoring Service for Europe’s Copernicus Earth ObservationProgramme, described the extent of the smoke as “impressive” and posted an image of a ring of fire and smoke across much of the region.

Thomas Smith, an environmental geographer at the London School of Economics, told USA Today fires of such magnitude have not been seen in the 16-year satellite record.

The fires are not merely the result of surface ignition of dry vegetation: in some cases the underlying peat has caught fire. Such fires can last for days or months and produce significant amounts of greenhouse gases.

“These are some of the biggest fires on the planet, with a few appearing to be larger than 100,000 hectares,” Smith said.

Thousands of Fires in Africa Continue To 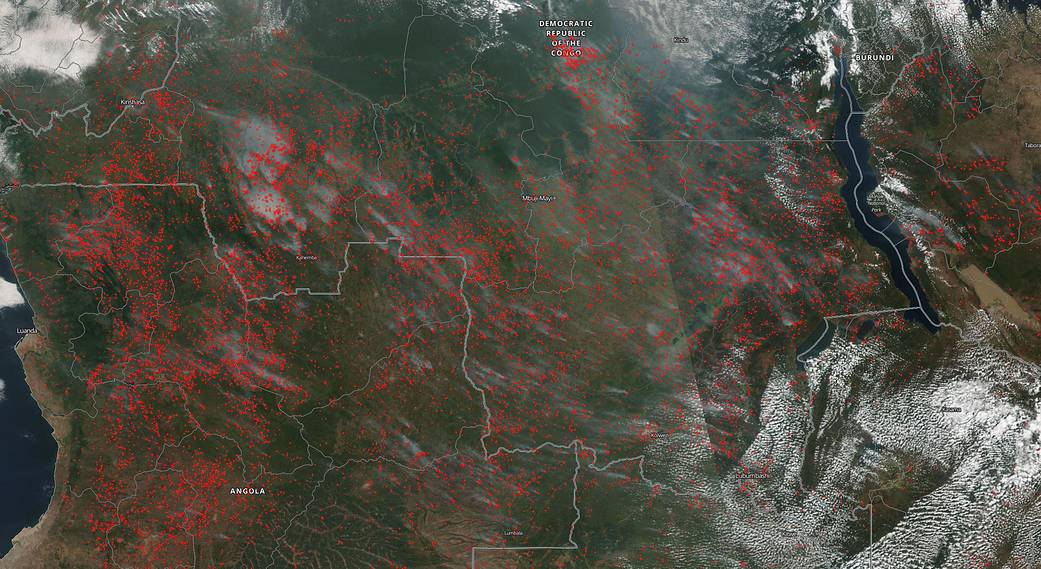 Fires are commonplace in Africa at this time of year. Even the thousands of them as seen in this NOAA/NASA Suomi NPP satellite image. Why? The most likely explanation is the type of agricultural practice that is employed in this area of the world.  Called "slash and burn" this type of field clearing is both inexpensive and low tech.  It also works.  The resulting layer of ash generated by the slash and burn practice provides the newly-cleared land with a nutrient-rich layer to help fertilize crops. That is not to say that every fire in this image is controlled or contained.  Often fires set to renew fields can grow out of control as winds or storms move the fire out of the area that was to be cleared.  What is definite is that these fires have been burning for at least a month.  Looking backward in NASA's Worldwide satellite imagery application, the basic number of fires appears constant for the past 30 days. Which brings up another point.  While fire helps enhance crops and grasses for pasture, the fires also produce smoke that degrades air quality. The European Space Agency (ESA) published an article on February 04, 2019 about fires in Africa. The article mentioned, "It is currently estimated that fires contribute 25–35% of total annual greenhouse gas emissions to the atmosphere so more precise information gained from satellite-based scar-burn maps could help to better understand how they add to the greenhouse effect. The authors (of the study cited in this article) focused on sub-Saharan Africa as the region accounts for around 70% of burned area worldwide according to global satellite databases, making it the ideal testbed for evaluating the potential for improving the understanding of global impacts of fire." 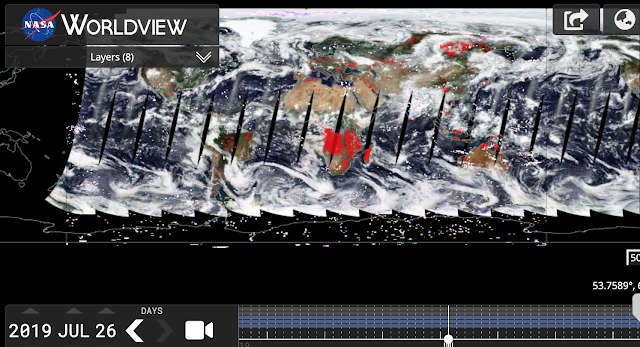