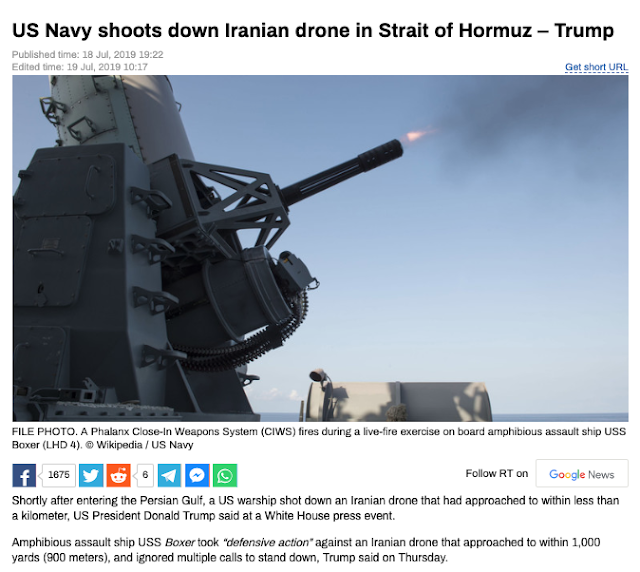 Live: IRGC releases footage stressing "no drone's been lost to enemy fire" over Strait of Hormuz

Iran’s Islamic Revolutionary Guards Corps (IRGC) has released footage captured by an Iranian drone flying over the Strait of Hormuz and monitoring a United States Navy vessel, belying a claim by Washington that the unmanned aircraft was shot down by the American forces

A shorter version is here