An Arctic ice update and comparison with 2012


The sea ice extent record to be broken is 2012 that saw particularly warm conditions in the Arctic and the 13th biggest cyclone ever that saw the mixing of salt water with fresh water and an unprecedented melt.

In the meantime the condition of the ice in terms of thickness and concentration is much, much worse.

What will happen in the next 8 weeks?


This is the latest information on Arctic sea ice extent from Zack Labe. 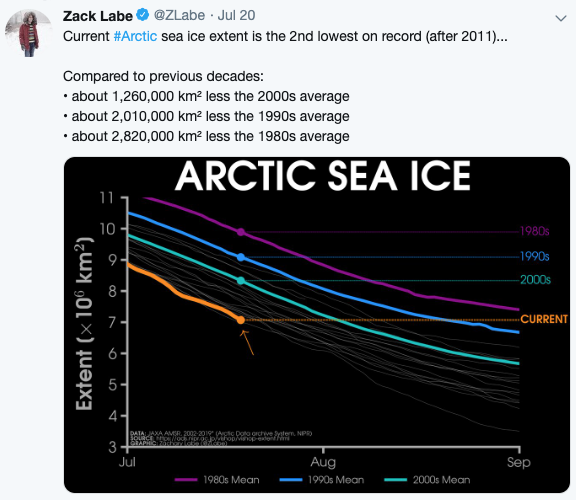 2012 is the record to beat. Sea ice was far more intact in terms of thickness and concentration but the huge storm churned everything up and led to a record low sea ice extent. 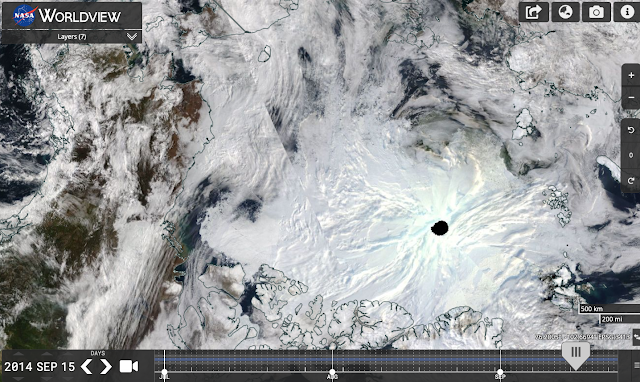 From Wikipedia, the free encyclopedia
Jump to navigationJump to search

On August 2, 2012, an extratropical low formed over Siberia. During the next few days, the storm slowly drifted into the Arctic Ocean, while gradually strengthening.[3] On August 5, the storm reached the Arctic Ocean and began to rapidly intensify, while drifting closer to the North Pole. On August 6, the extratropical cyclone reached a peak intensity of 962 mbar (28.4 inHg), while centered about halfway between Alaska and the North Pole.[1] At this point, the Great Arctic Cyclone of 2012 was the strongest summer Arctic storm on record, since the beginning of records in 1979.[3] Afterward, the storm slowly began to weaken, while drifting towards Canada. On August 12, the cyclone made landfall in the northern Canadian Arctic Archipelago, and slowly moved eastward across land, while rapidly weakening. Late on August 14, the Arctic cyclone dissipated over the far northern reaches of Canada.[3]

The Great Arctic Cyclone of 2012 became the strongest Arctic storm in the summer on record, since records began in 1979. At its peak intensity of 962 mbar (28.4 i 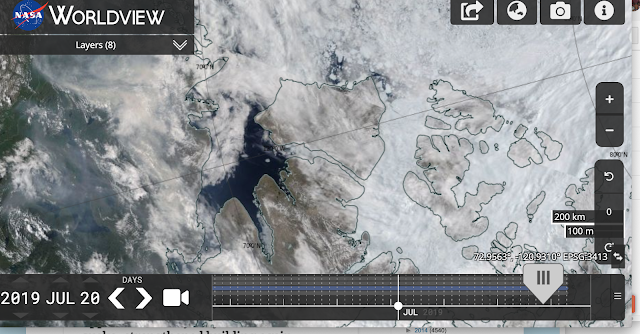 This is how the Arctic looked after the cyclone 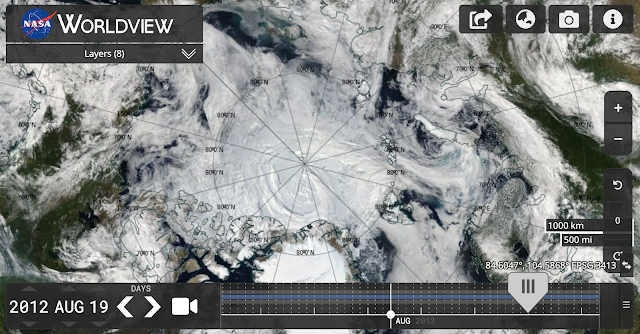 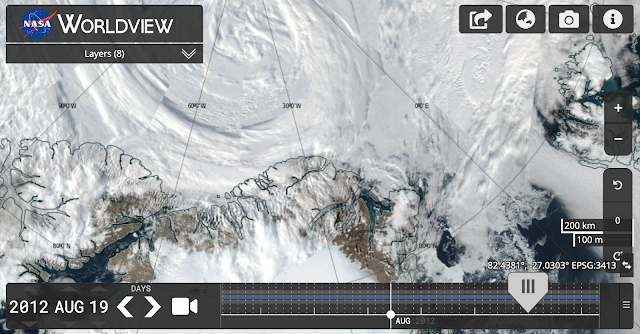 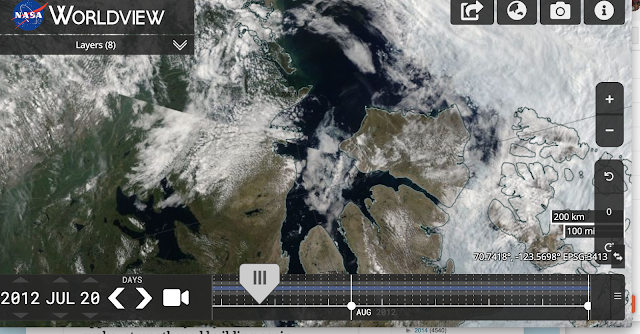 And this year.
But ice in the Bering Strait was well-and-truly broken- up 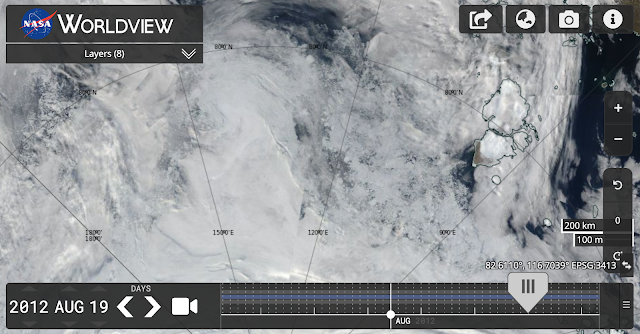 Here is how it looked on July 20, before the storm 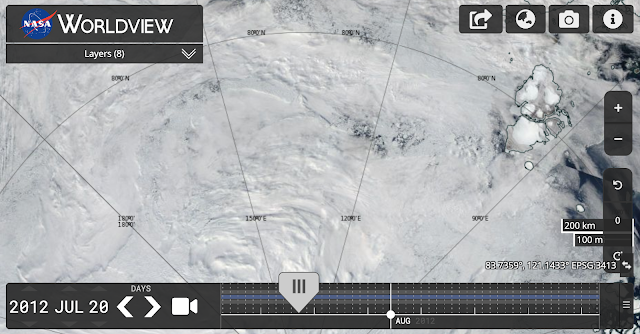 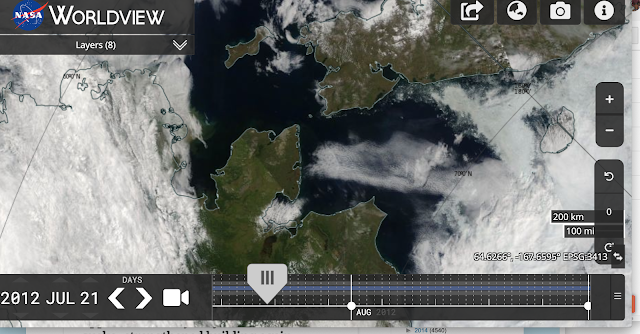 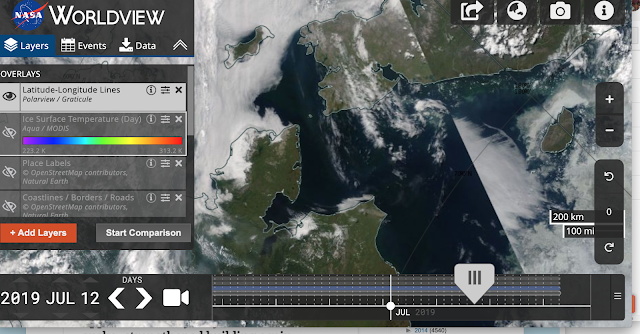 Compare the thickness of the sea ice on 21 July 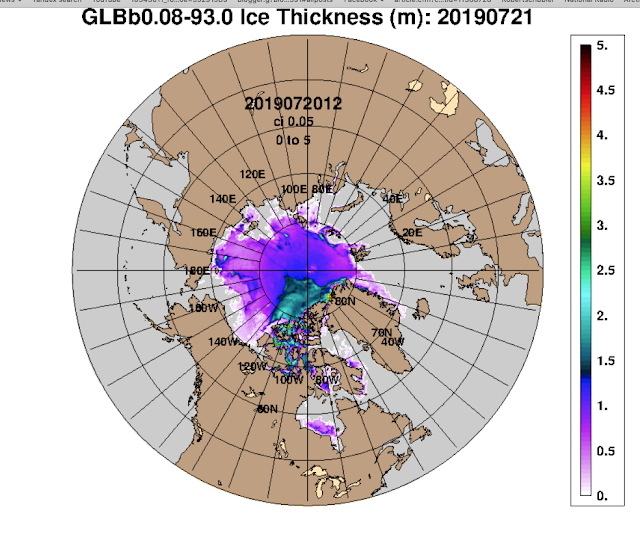 All the old ice has gone.