Today, I got a comment that stated: "Science (sic) indicates they never went to the Moon".

I relate to Apollo 11 astronaut's anger and passion when he states "50 years of non-progress".

Attacks On "White, Male" Moon Landing Prove No US Achievement Is Beyond Liberals' Virtue-Signaling Rage

Authored by Igor Ogorodnev,
Attempts to diminish the triumph of Apollo 11 and to reassign credit don’t just taint the 50th anniversary of the moon landing, but presage the technological decline of the US if it persists with identity politics... 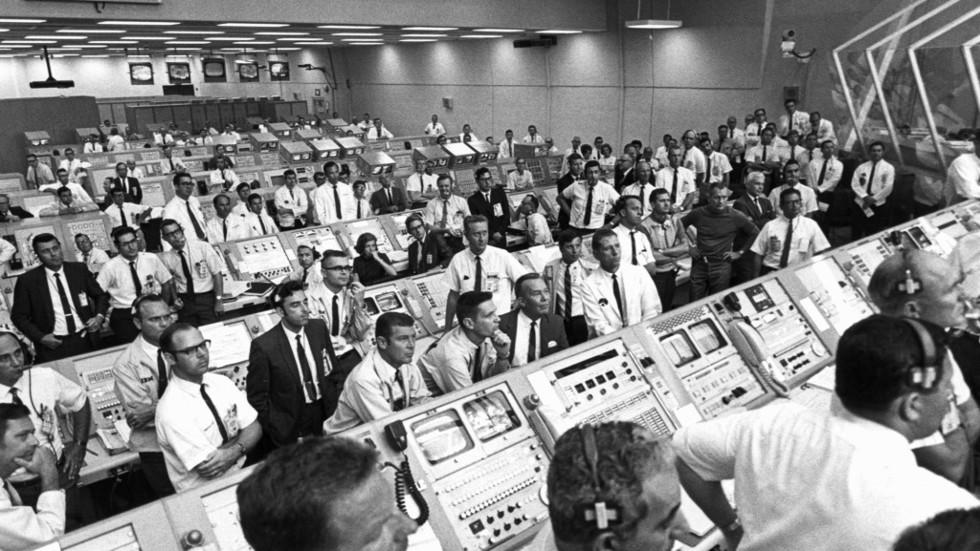 With the Founding Fathers now rarely mentioned in the media without side notes about their slave ownership, and the Betsy Ross flag is offensive to Colin Kaepernick and Nike, there is nothing new about liberal attempts to strike at the very heart of American identity.


But – leaving aside the conspiracy theorists – the moment Neil Armstrong stepped on the surface of the Moon on July 20, 1969 was objectively such a universal milestone that to qualify it seems a fight against human endeavor itself.

It would seem like the more logical route, for those who resent that this was a feat of white un-woke America, would be to try and diminish their role in favour of supposedly unsung heroes.
Hidden Figures, the Oscar-winning film from 2016 was the perfect archetype of this revisionist history, exaggerating and fictionalizing the role of a cadre of politically suitable black women, who did an entirely replaceable job and were no more important than thousands of others involved.
This way everyone would get to celebrate their own role models, even though in time such worthy changes of focus can end up with grotesque urban myths, like Crick and Watson stealing the Nobel Prize from (the actually dead) Rosalind Franklin.

Celebrating white men in the age of Trump

But while this unifying narrative, where people of different races and varying attainments are placed alongside each other in anniversary pieces, a more sour, radicalized note has begun to surface, compared to celebrations even five years ago, in the prelapsarian era of Barack Obama.
It is not yet dominant, but persistent enough to be more than a coincidence.

“The culture that put men on the moon was intense, fun, family-unfriendly, and mostly white and male,” tweeted the Washington Post, over a behind-the-scenes look at the life of those involved in the program.

The culture that put men on the moon was intense, fun, family-unfriendly, and mostly white and male https://wapo.st/2jMfvj9

The culture that put men on the moon was intense, fun, family-unfriendly, and mostly white and male.
washingtonpost.com

“In archival Apollo 11 photos and footage, it’s a ‘Where’s Waldo?’ exercise to spot a woman or person of color,” it continued in the article itself.
"We chose to go to the moon. Or at least, some did: watching [documentary film] Apollo 11, it is impossible not to observe that nearly every face you see is white and male," left-wing magazine New Statesman wrote in a recent piece.
A recent Guardian review of the documentary Armstrong features the writer talking about “good ol’ boys from NASA – elderly white men every one of them, who you suspect are still pining for the days of American life when men were men and women waited by the phone in headscarves,” though no evidence is given for the assertion.

This is not just bigoted, but astonishing in its unfairness.
Buzz Aldrin and Michael Collins could not have helped being white at birth.
George Mueller and Max Faget were not proverbial “mediocre white men” – their deeds are tangible.
No one at NASA could have helped living in 1960s America, or made its social structures, workplace roles, and demographics fit in with 2019 journalists’ conceptions. For God’s sake, many were Germans who had served the Nazi Party with varying degrees of reluctance during World War II, before being whisked away through Operation Paperclip – how do they fit into 21st century privilege hierarchies? Could Wernher von Braun have been an African-American woman from Louisiana? 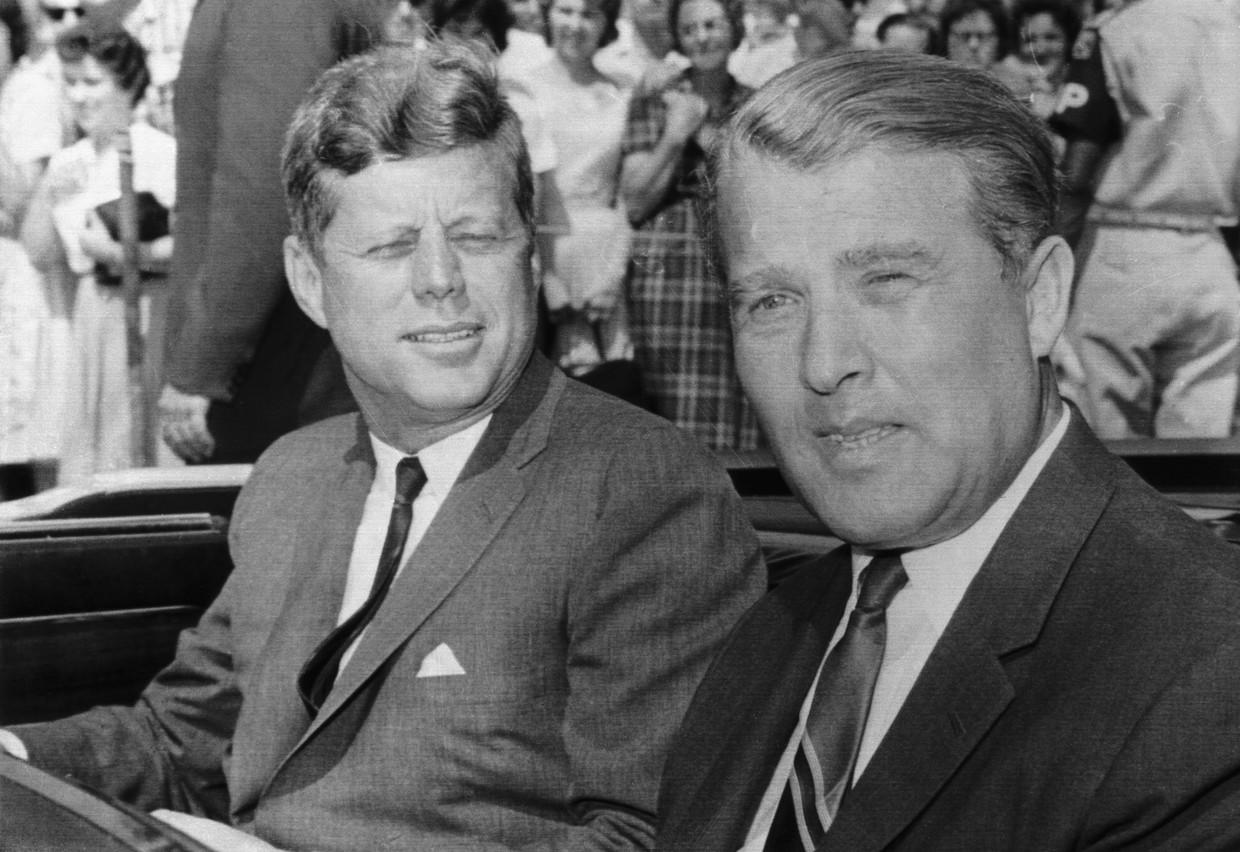 Wernher von Braun with John F. Kennedy ©  Getty Images/Bettmann / Contributor
Or would it have been better to stay on Earth until US society advanced enough to send the right people into space? Or perhaps let the Soviets get there first, since for all their class-based ideology they didn’t want to handicap themselves in the space race.

America weighs itself down

And handicap becomes the key word.
Rewriting history is a crucial weapon in the long-term culture war for the left, disappointed so often at the ballot box. But the implications of this go far beyond the past.
At the very edge of technological and scientific progress is a meritocracy – you can’t make someone a genius by appointing them. And for all the social changes, the key innovators at NASA and, more importantly, Silicon Valley, remain men, and predominantly white (though more often Asian). Whether it is more due to their superior opportunities, education or creativity, Elon Musk or Larry Page look just like the fathers of the space program.
Yet to avoid ever producing a picture like the sea of white shirts and black ties and pale arms at Launch Operations Center fifty years ago, there are demands for rectification, for diversity, essentially for positive discrimination. 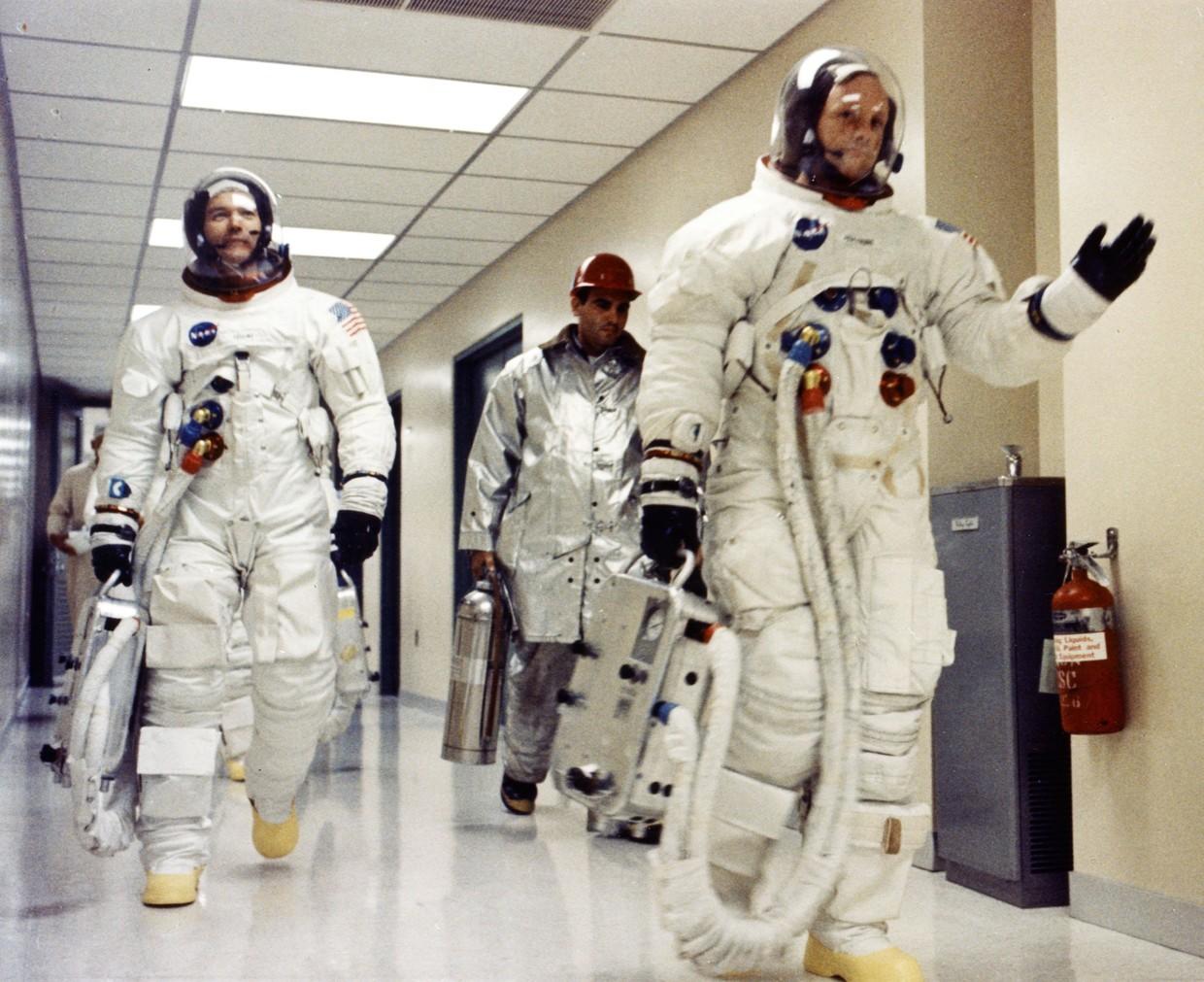 Neil Armstrong leads his crew to the launchpad. ©  NASA
But picking people for posts on the basis of historic justice, skin color and chromosome combinations is a recipe for uncompetitive organizations, where the most talented never succeed, or merely drag along the quota-fillers.


And America’s rivals are not standing still – not just Russia now, but China, India and others. They would have no better chance to overtake the US in whatever is this century’s version of the space race, than if that nation decided to spit on its own achievements, and replace them with dogma.


Meanwhile, I am posting this because it features an interview with astronomer Frank Andrews who was a great inspiration and support during my teenage years,who widened my horizons and encouraged an interest in astronomy (and the environment).

Email ThisBlogThis!Share to TwitterShare to FacebookShare to Pinterest
Labels: Apollo 11