After a rather dynamic and quite cooler period through early July, a sharp flip in the pattern is shaping up on both global models. Yet another significant heat wave is likely to develop through the next week as strong ridge establishes over west-central Europe. Afternoon temperatures are likely to climb into 35-40 °C in some areas again!

Models are in a good agreement in the development of an extensive upper ridge after Sunday, as a high-pressure system over Azores (Azores High) strengthens and merges with a strengthening upper ridge and an associated surface anticyclone over central Europe. By Monday, ridge intensifies over western and central Europe while deep trough sits over the N Atlantic. A strong warm advection forms over SW Europe with a classic Spanish plume pattern bringing much warmer weather into western Europe through the early next week, spreading into central Europe towards the next weekend.

A strengthening upper ridge is centered over France and Benelux, resulting in much warmer weather over the region. Actually, almost the whole Europe except far eastern parts and N Atlantic should experience above normal geopotential height and therefore warmer weather than average. The highest anomaly is expected over France, Benelux and W Germany, partly also over Iberia. 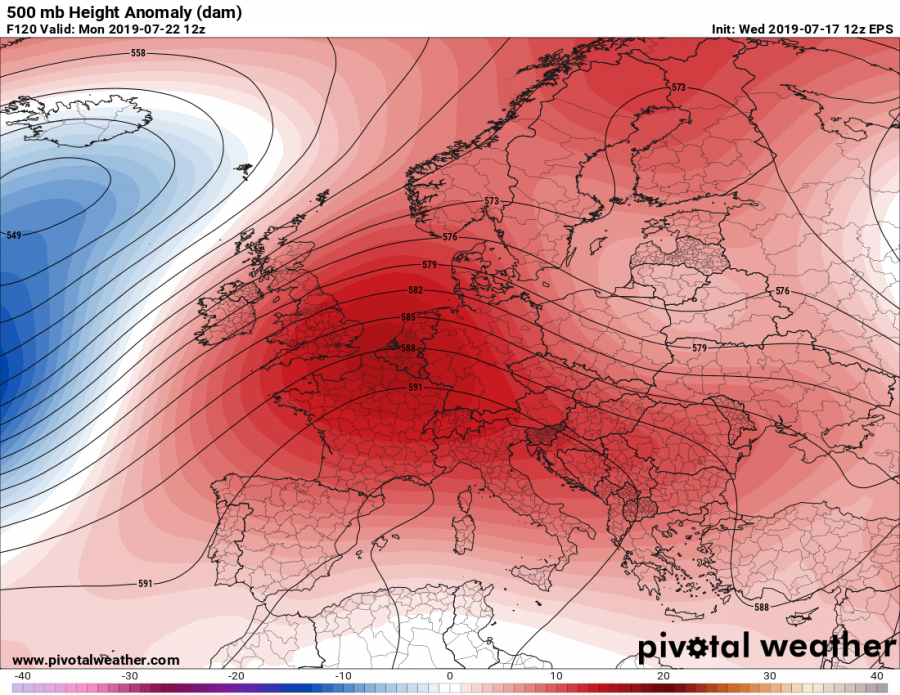 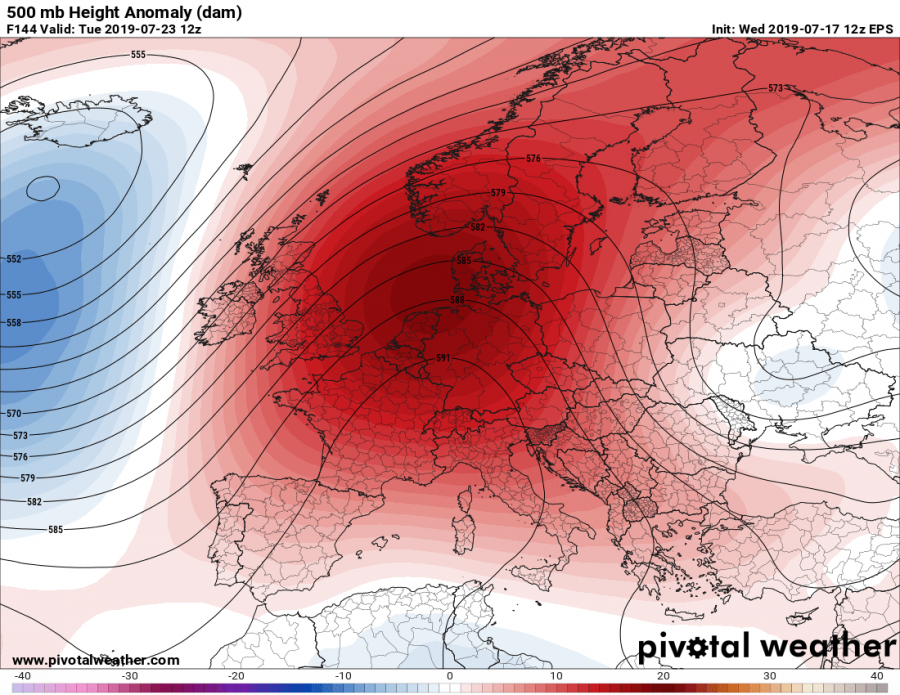 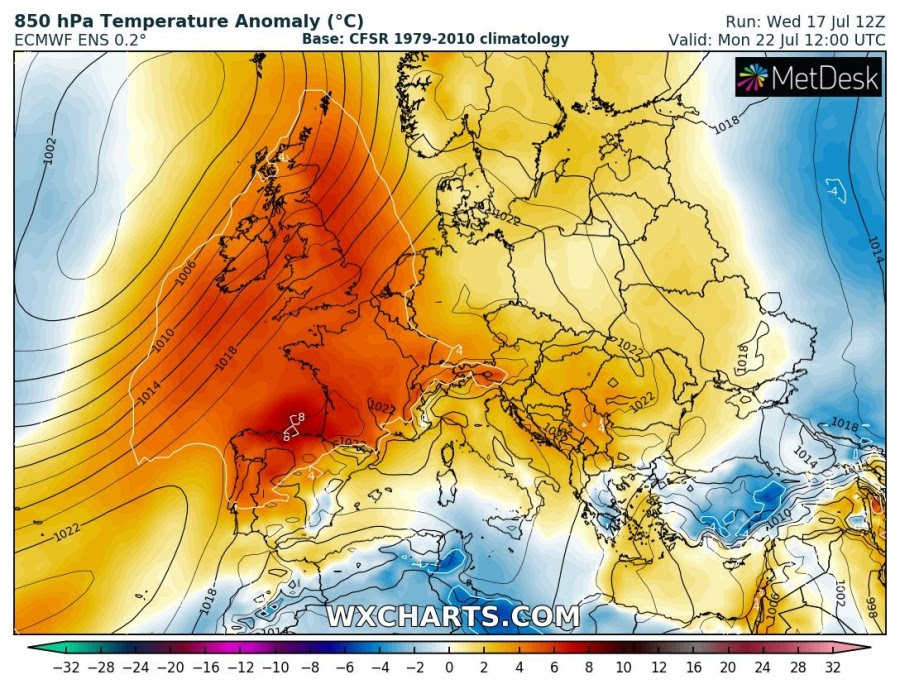 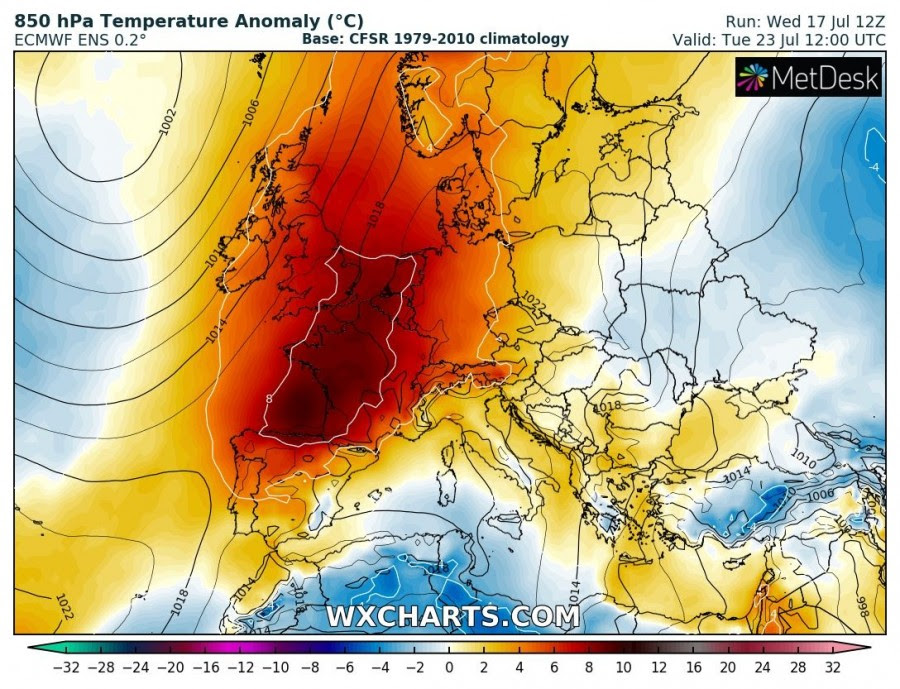 A strong and extensive ridge gradually expands east/northeast into central and northern Europe with still very strong temperature anomaly over France and Benelux, approaching 9-10 °C above normal. By mid/late July, this means peak afternoon temperature above 35 °C in many areas. 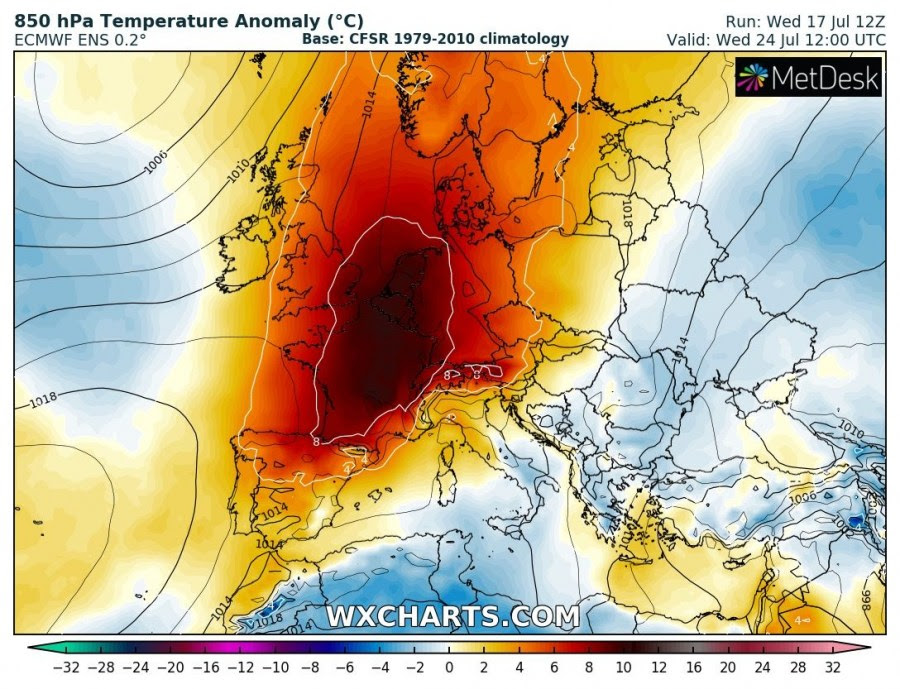 Towards the weekend, ridge axis is likely to move over central Europe, meaning the heat will also spread into the Alpine region, Balkans and at least N Mediterranean, as well as towards Scandinavia. While the overall trends are in relatively good agreement regarding the heat wave development, some uncertainties exist how intense the heat will be in these regions. With rather dry conditions and lacking moisture advection, potential exists for a significant dry heat. 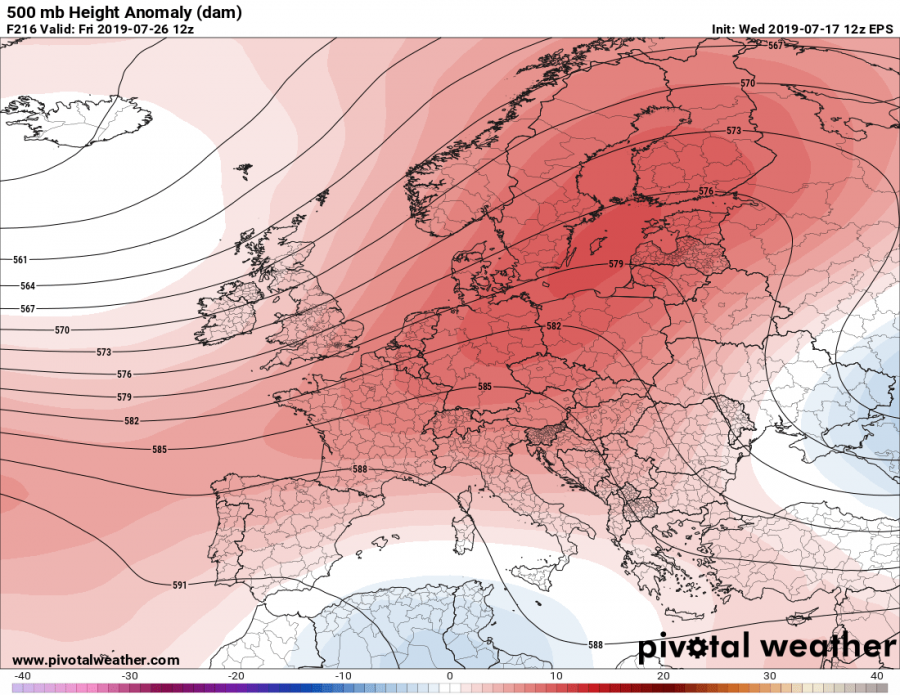 GFS model peak temperatures across France through mid next week – some areas will likely approach +40 °C or even exceed this threshold locally! Nevertheless, extreme heat with much above 35 °C afternoon temperatures is expected! 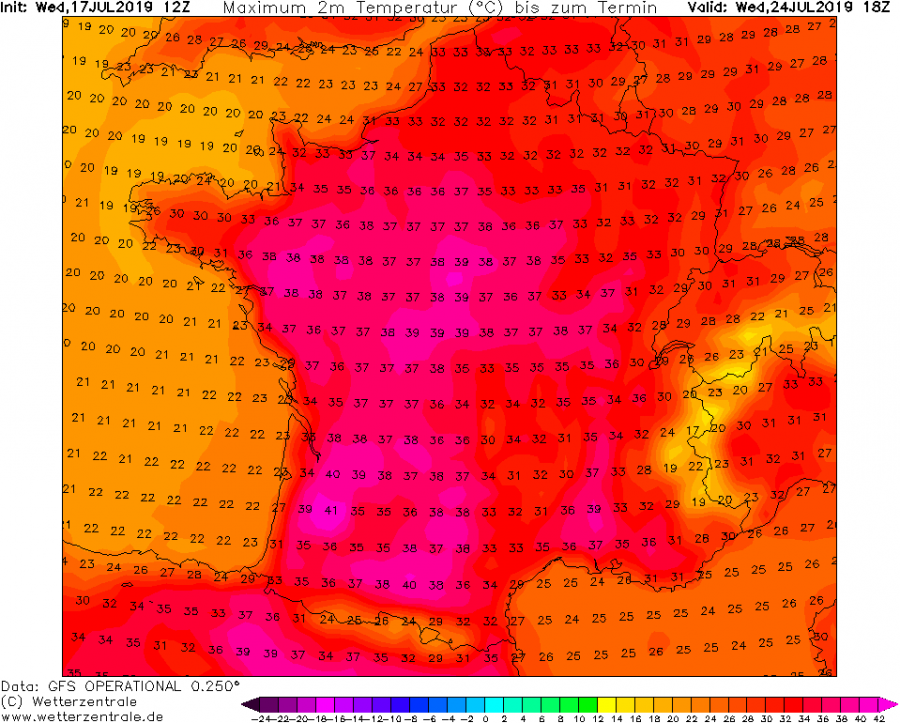 14-days meteograms for Paris (France) and Brussels (Belgium) indicate a quite significant 850 mbar temperature anomaly, with near 10 °C above normal daily average for mid July over France. Further trends suggest the heat wave will likely extend through the last days of July as well. 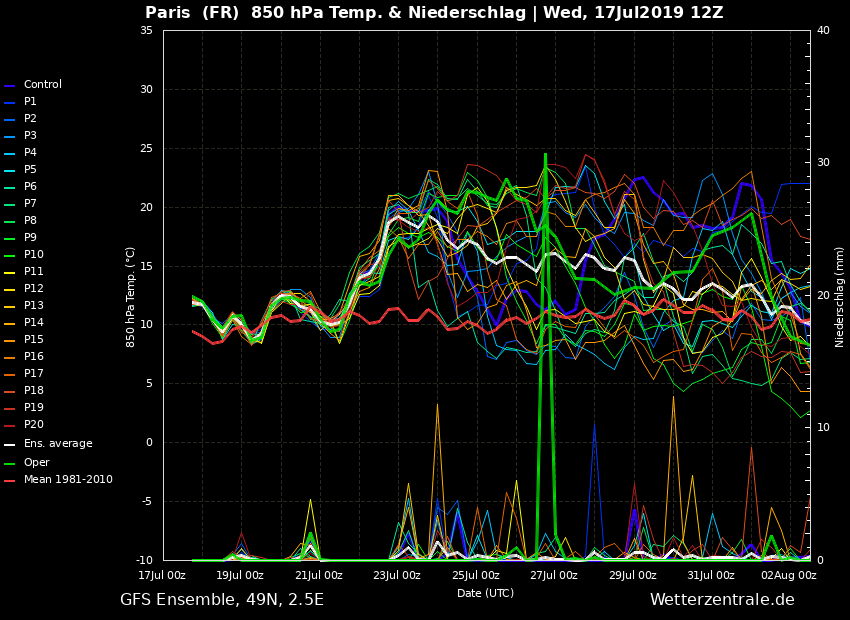 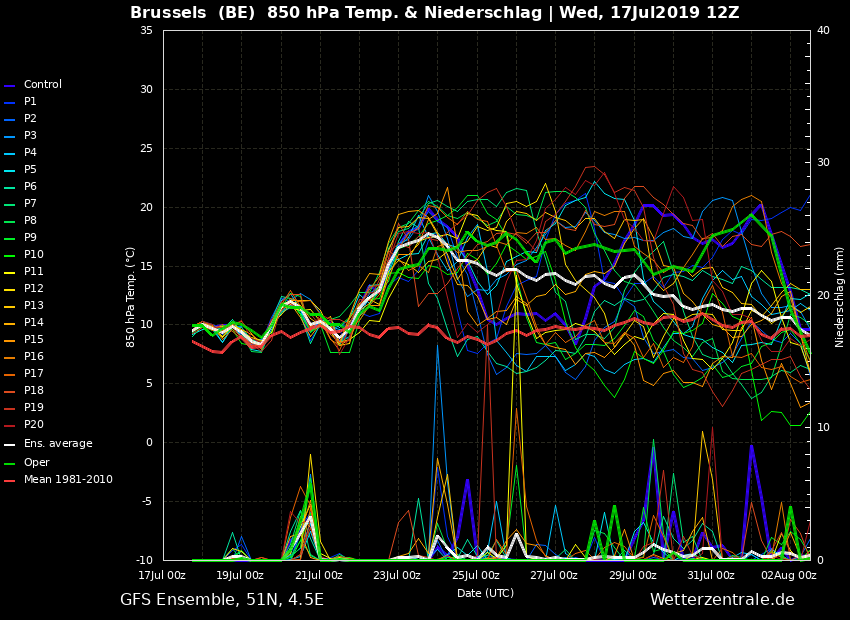 We are closely monitoring the evolution of this potentially significant heat wave over Europe. As drought has been developing in some areas, conditions are favorable for dangerous wildfires as well – stay tuned for updates soon!