temperatures, no frosts and


I remember the last time Wellington (that's where we were living at the time) had what I would regard as a normal winter as I have experienced right through my life as well as my father before me.

I remember travelling out for early morning horse rides on Saturday and were mostly frosty with lovely crisp cool air (with stream on the breath) and ice in the puddles.

This is what I rely on for historical weather statistics for Lower Hutt where we have been living fo 13 years.

My breakdown of last year's winter temperatures is here:

I measured these temperatures with an electronic max-min thermometer under a lean-to on the south side of the house.

Here are the figures 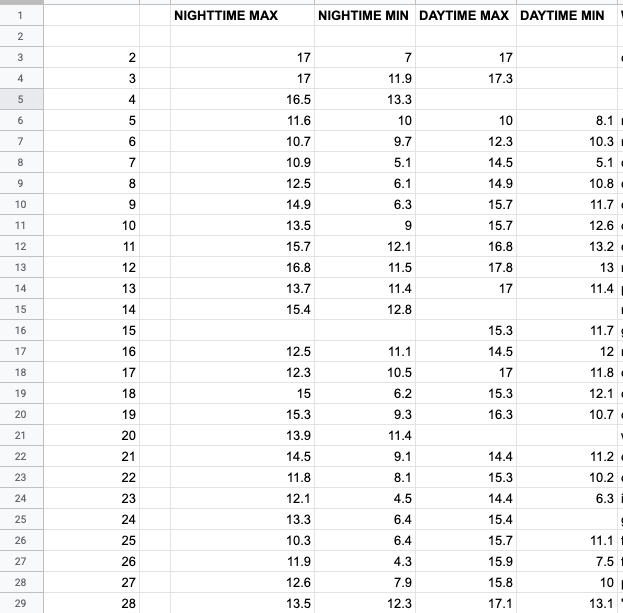 And my breakdown of the figures:

What yells out from the figures, apart from the warmer temperatures overall is the warm nights and the narrow difference between night time and day time temperatures (13.7C average night time maximum compared to 15.5C for day time

Furthermore, a full 7 days out of 28 (that is a quarter) were characterised by the presence of cirrus clouds which goes a long way to explain the absence of cold nights.

When looked at through tinted sunglasses this is what it looks like. This occludes the sun as much as any overcast day.

This is a new phenomenon, at least on this scale and one which I cannot but associate with geoengineering of the sky.

Nobody in the NTHE wants to even acknowledge this, let alone address it.

That to me is a form of denial.  It is something that I feel might be associated with the cold rejection from Guy McPherson who is not only contemptuous of any mention of "chemtrails" but does not even want to hear specific data even when it relates to Arctic sea ice.


DISAPPEARING SNOW ON THE SOUTHERN ALPS

The reports I had from the top of the South Island was there would be snow that would disappear within 48 hours.

This is what New Zealand's best-known ski field, Coronet Peak near Queenstown looks like at the end of the year's coldest month.

This is how the glossy brochures tell you it SHOULD look like. 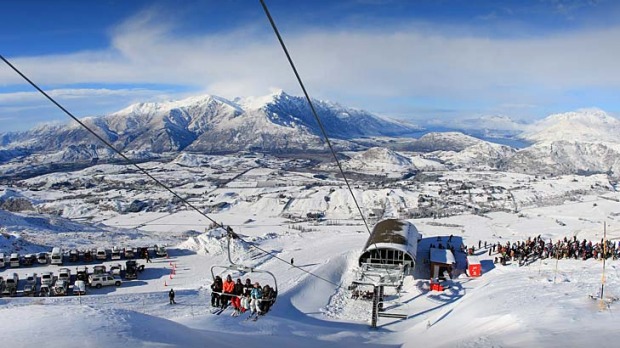 Most people, if they are not enthusing over the "lovely weather" will pretend this is just a one-off.

However, they are wrong.I have paid close attention to my own neck of the woods and often I have been MEASURING.

This is an ongoing and accelerating trend (and note, this year is not an el-Nino, or as near as not).

The news media is lying to you by omitting to provide the context and to pretend that ongoing warm weather is some sort of anomaly from what is otherwise "normal".
Posted by seemorerocks at 13:15