Ice melt and increased emissions from wildfires in Siberia

Smoke Covers Much Of Siberia


Smoke covers much of Siberia, as shown by the NASA Worldview image dated July 25, 2019.

The enormous intensity of the fires is illustrated by the image below, showing carbon monoxide (CO) levels as high as 80,665 ppb on July 25, 2019. 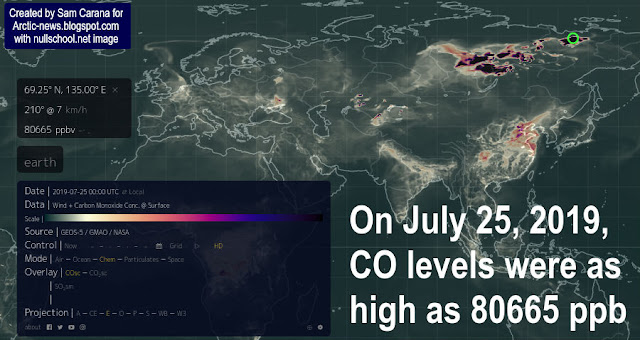 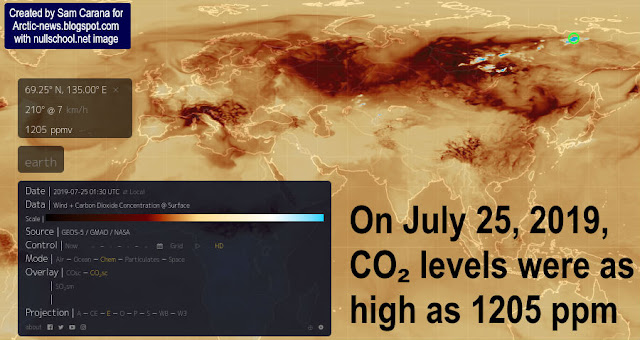 The image below shows that aerosols from biomass burning were at the top end of the scale]. 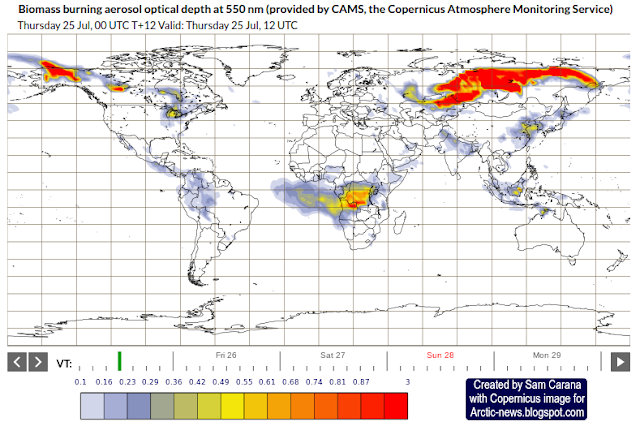 When soot from fires settles on snow and ice, it darkens the surface, resulting in more sunlight getting absorbed (instead of reflected back into space, as was previously the case), thus further speeding up the melting.

The loss of sea ice north of Greenland is particularly worrying, since this is the area where once the thickest sea ice was present. The image below shows the situation on July 24, 2019. 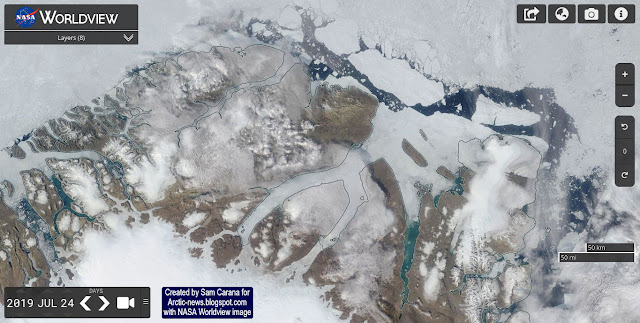 The image below shows the sea ice disappearing north of Greenland and Ellesmere Island on July 25, 2019.

The huge recent fall in sea ice volume is illustrated by the graph below, by Wipneus. 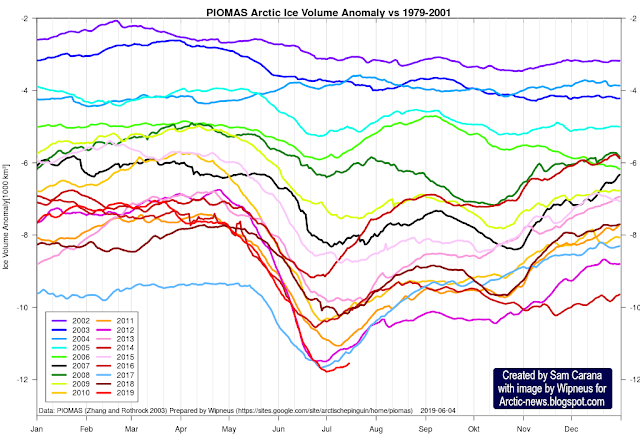 The naval.mil animation below illustrates the rapid fall in sea ice thickness, showing 30-day period including seven forecasts up to August 1, 2019.]

The video below, by Robin Westenra, further illustrates our predicament.

Add this to the mix -