RT on the seizing of the British tanker Mesdar by Iran 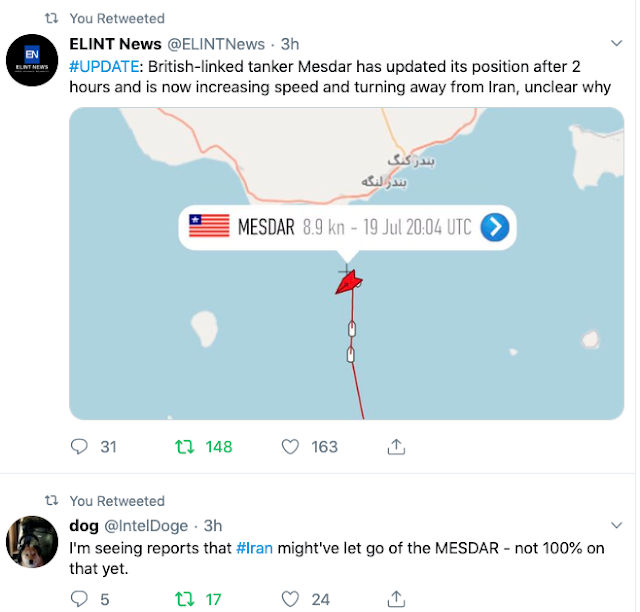 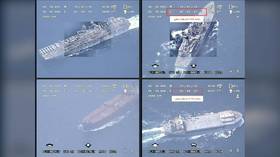 The Stena Impero was headed to Saudi Arabia but left the international sea lanes and headed north towards the Iranian island of Qeshm, marine tracking data showed on Friday.

Prior to the seizure, the tanker turned off its tracking device and had ignored warnings, Iranian military sources told state media.

“The reason behind the detention of the British tanker is that it did not adhere to the sea routes in the Strait of Hormuz, turned off the automatic identification system (AIS), polluted international waters and did not pay attention to the warnings of Iran,” the source said.

The 30,000-ton tanker is owned by Stena Bulk, and was bound for the Saudi port of Al Jubail.

Stena issued a statement that the ship was “approached by unidentified small crafts and a helicopter during transit of the Strait of Hormuz, while the vessel was in international waters.”

BREAKING: The British flagged 'Stena Impero' has taken a very sudden turn into Iranian waters despite her original destination being Saudi Arabia, according to data relayed by maritime tracking services. https://ukdefencejournal.org.uk/british-flagged-tanker-appears-to-have-been-seized-by-iran/ …

The 'Stena Impero' tanker has been seized by Iran.
ukdefencejournal.org.uk

523 people are talking about this
The company is “presently unable to contact the vessel which is now heading north towards Iran.” There are 23 crew members aboard.

UK authorities said they were “assessing the situation following reports of an incident in the Gulf.”
Another tanker, the Liberian-flagged Mesdar, abruptly changed course and headed for the Iranian mainland on Friday evening. The ship is owned by Norbulk Shipping UK and was bound for Ras Tanura in Saudi Arabia. 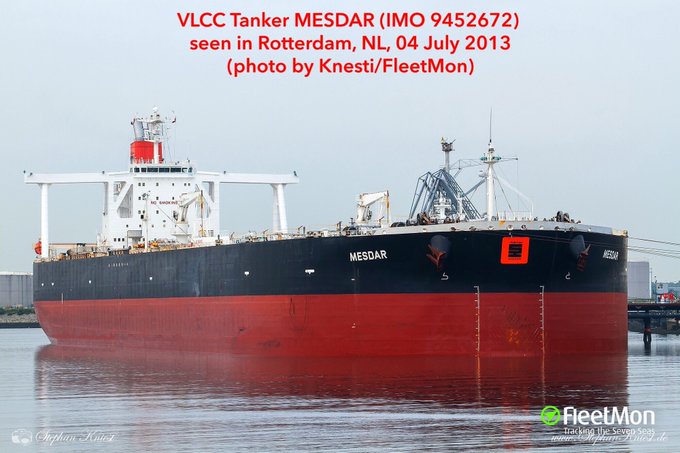 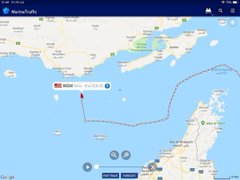 See Strategy Matters's other Tweets
Tehran and London have been at odds since July 4, when Royal Marines boarded and seized Iranian tanker Grace 1 off Gibraltar, accusing the ship of illegally transporting oil to Syria. Iranian authorities condemned the seizure as “piracy” and vowed to retaliate.

Earlier this week, alarms were raised after the disappearance of the Emirati-based tanker MT Riah, flying the Panamanian flag. Iran said the tanker experienced technical troubles and had been towed to port for repairs.

On Thursday, a US warship entered the Persian Gulf and reportedly shot down an Iranian drone that had approached to within 1,000 meters in a “threatening” manner. Iran has denied losing any drones, however.

Washington has sought to establish a “coalition” of allied navies in the region to ensure “freedom of navigation” in the Strait of Hormuz, one of the most important shipping lanes in the world for oil traffic. 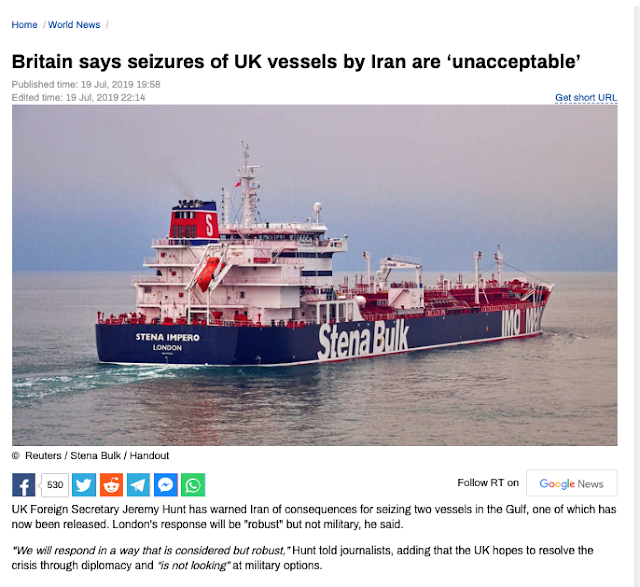 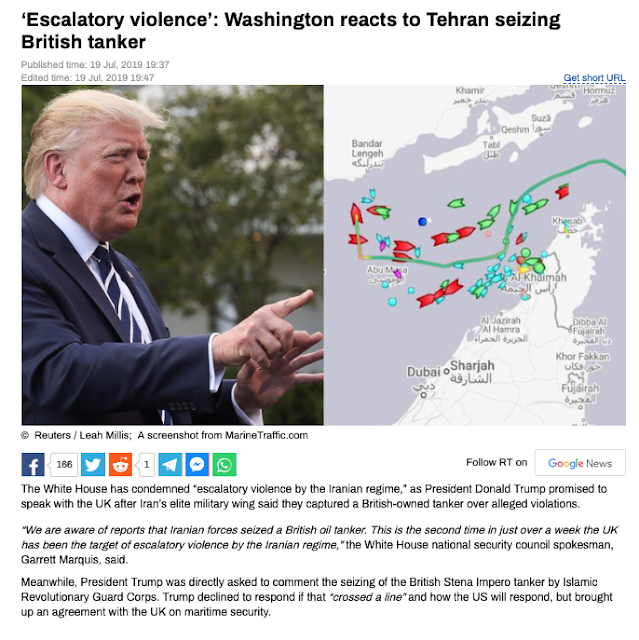 Iranian actions were a direct response to this 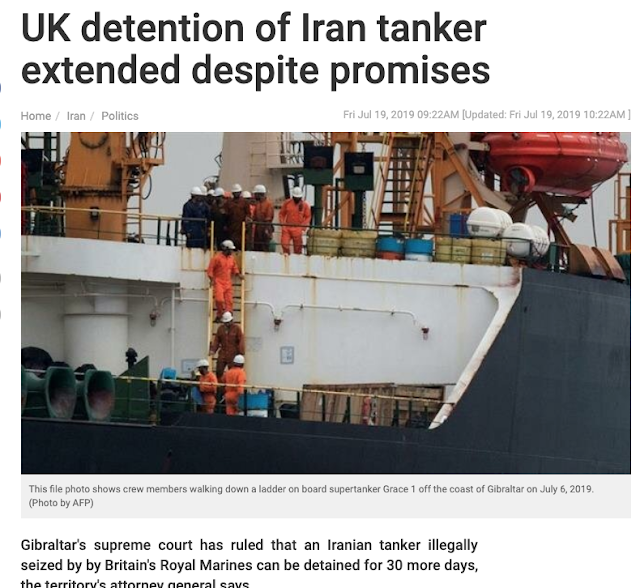 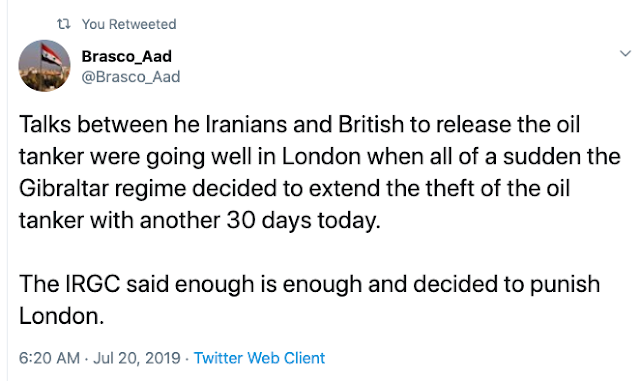