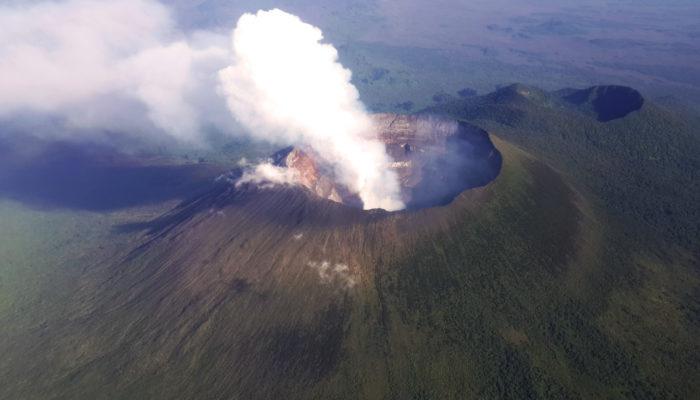 When volcanoes erupt, they can release into the atmosphere a number of different gases initially stored in their magma, such as carbon dioxide, hydrogen sulfide, and sulfur dioxide. These kinds of gases can have a big influence on Earth’s atmosphere, even at distances hundreds to thousands of kilometres away.

A team of researchers have found evidence that sulfur emissions from volcanic eruptions in Africa can be observed as far as South America, even creating an impact on the Amazon rainforest’s atmosphere. The results of their study were published last year in the EGU journal Atmospheric Chemistry and Physics.

In September 2014, the Amazon rainforest’s atmosphere experienced an unusually sharp spike in the concentration of sulfate aerosols. During this period, the Amazon Tall Tower Observatory (ATTO) based in Brazil reported levels of sulfate never recorded before in the Amazon Basin.

Fossil fuel and biomass burning have been known cause an increase in atmospheric sulfate, but researchers involved in the study found that neither human activity increased the level of sulfate in the atmosphere significantly. Instead, they examined whether a volcanic eruption could be responsible.

Scientists have suggested for some time that sulfur emissions in the Amazon could come from African volcanoes, but until now they’ve lacked proof to properly justify this idea. 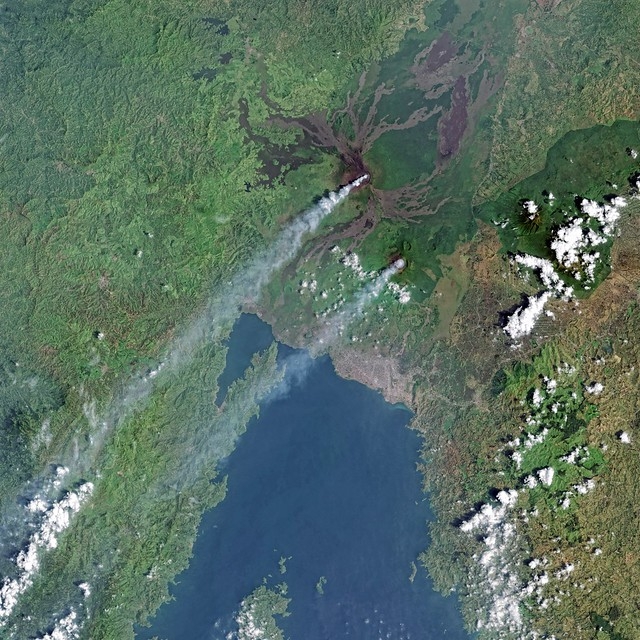 However, in this study the research team involved caught volcanic pair in the act. By analysing satellite images and aerosol measurements, the researchers found evidence that in 2014, emissions from the neighboring Nyiragongo-Nyamuragira volcano complex in the Democratic Republic of the Congo, central Africa, increased the level of sulfate particles in the Amazon rainforest’s atmosphere.

Satellite observations revealed that volcanoes experienced two explosive events in September 2014, releasing sulfur emissions into the atmosphere. During that year, the volcanic complex was reportedly subject to frequent eruptive events, sending on average 14,400 tonnes of sulfur dioxide into the atmosphere a day during such occasions. This amount of gas would weigh more than London’s supertall Shard skyscraper.

The images further show that these emissions were transported across the South Atlantic Ocean to South America. The sulfate particles created from the emissions were then eventually picked up by an airborne atmospheric survey campaign and the ATTO in the Amazon.

The researchers of the study suggest that these observations indicate that African volcanoes can have an effect on the Amazon Basin’s atmosphere, though more research is needed to understand the full extent of this impact.