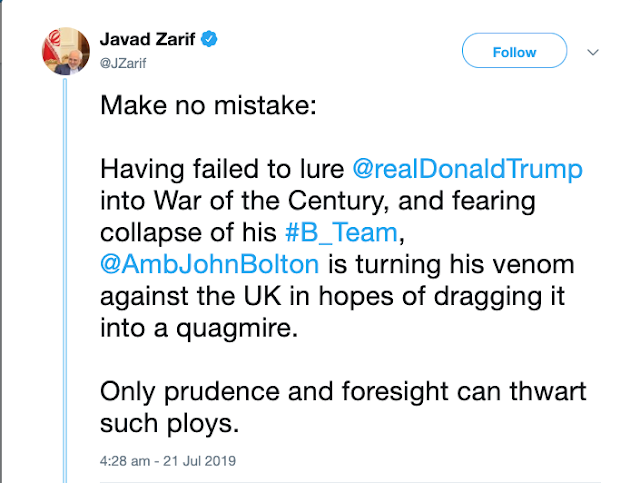 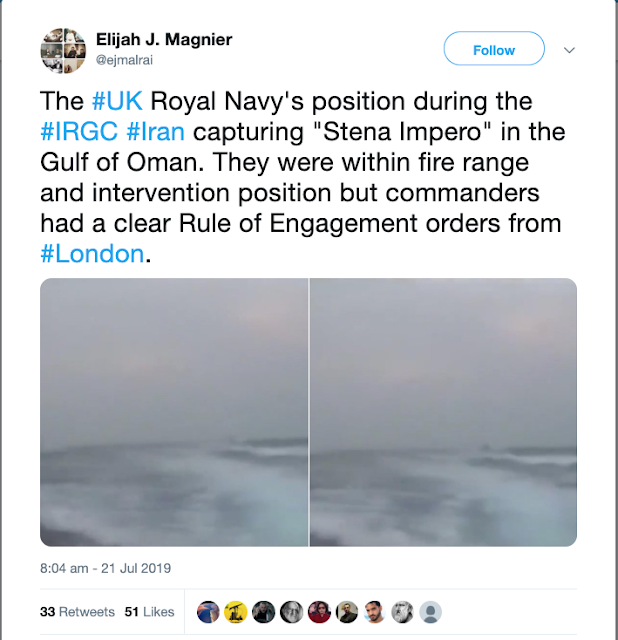 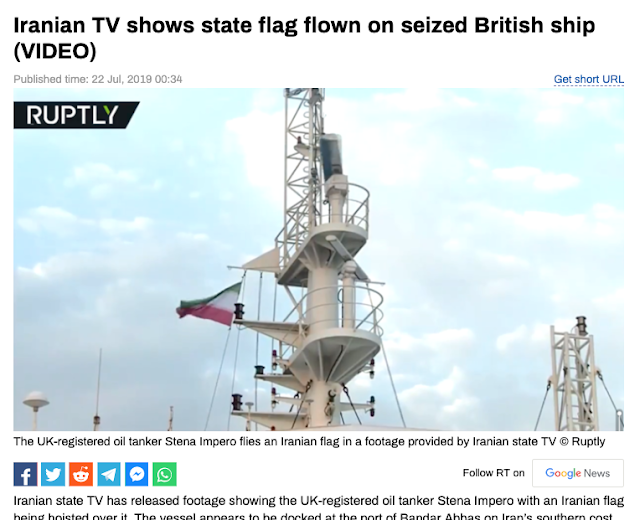 Iranian state TV has released footage showing the UK-registered oil tanker Stena Impero with an Iranian flag being hoisted over it. The vessel appears to be docked at the port of Bandar Abbas on Iran’s southern cost.
In a video posted by Press TV on Sunday, the Swedish-owned ship that sailed under the UK flag is seen brandishing Iran's green, white and red banner. The short clip also shows a patrol boat that appears to be circling the waters near the vessel. The ship appears empty expect for several people that can be seen on the upper deck. 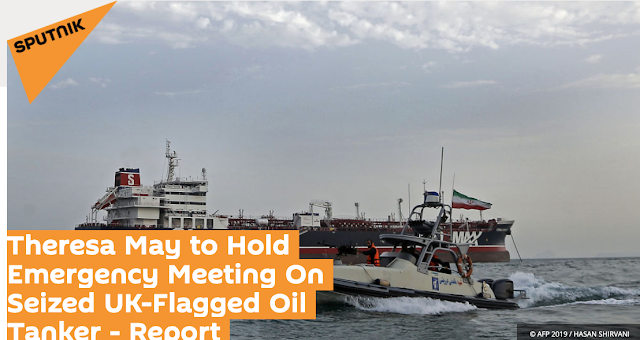 Outgoing UK Prime Minister Theresa May will hold a meeting of Britain's emergency committee on Monday to discuss Iran's seizure of a UK-flagged oil tanker, AFP reported, citing May's office.
"As well as receiving the latest updates from ministers and officials, the... meeting will discuss the maintenance of the security of shipping in the Persian Gulf", a Downing Street spokesperson said on Sunday, cited by AFP.
UK Foreign Secretary Jeremy Hunt may soon announce sanctions on Iran, including a freezing of Tehran assets, in response to the seizure of the UK-flagged oil tanker Stena Impero.
The UK government reportedly had an emergency meeting on Saturday to discuss protections for ships passing through the Strait of Hormuz.
https://sputniknews.com/europe/201907221076316044-outgoing-british-pm-to-hold-emergency-meeting-on-seized-uk-flagged-oil-tanker---report/

Negotiations between Iranians and British in Gulf of Hormuz 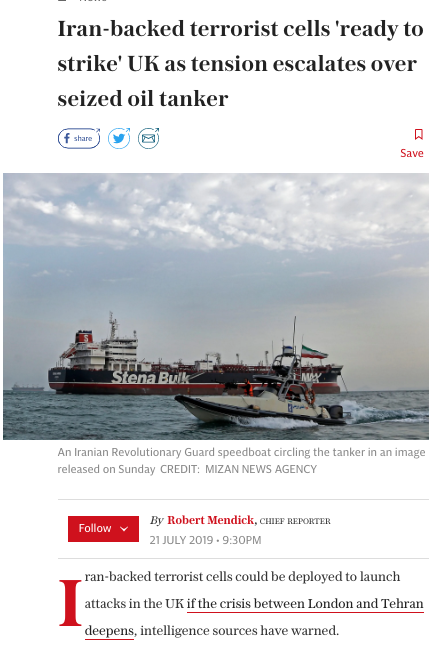 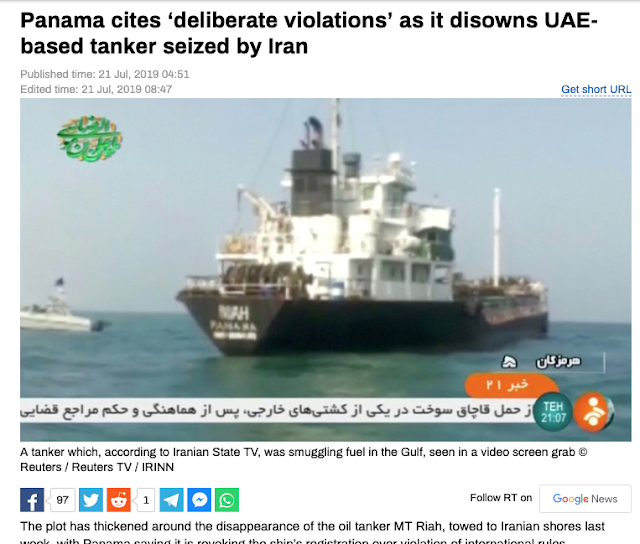 The plot has thickened around the disappearance of the oil tanker MT Riah, towed to Iranian shores last week, with Panama saying it is revoking the ship’s registration over violation of international rules.
Panama's Maritime Authority on Saturday announced that it initiated the process of withdrawing its flag from the Emirati-based tanker Riah, which vanished south of Iran’s Larak Island.
In a statement cited by Reuters, the authority said that its own investigation into the tanker’s disappearance had found that it “deliberately violated international regulations” by failing to report an unusual situation, presumably its seizure by the Iranian Navy. The authority also condemned the use of Panama-registered vessels for “illicit activities” without ascribing any such specific activity to the Riah.
https://www.rt.com/news/464670-panama-withdraws-flag-tanker/