Who is familiar with H.R 1836 - the United States-Israel Cooperation Enhancement and Regional Security Act?


If I did not know it for a fact I would count this as "conspiracy theory".

I have never paid much attention to space weapons, AI and the like, but I should have!

This is NOT conspiracy theory but an actual Bill that is passing through Congress that aims to set in stone the relationship between the United States and Israel.

It includes within it provisions which aim to "establish directed energy capabilities" in Space.

I believe,from the commentary on TruNews that they have already tried passing legislation on directed space weapons before but it failed to pass.  Now they have slipped the same into another Bill. 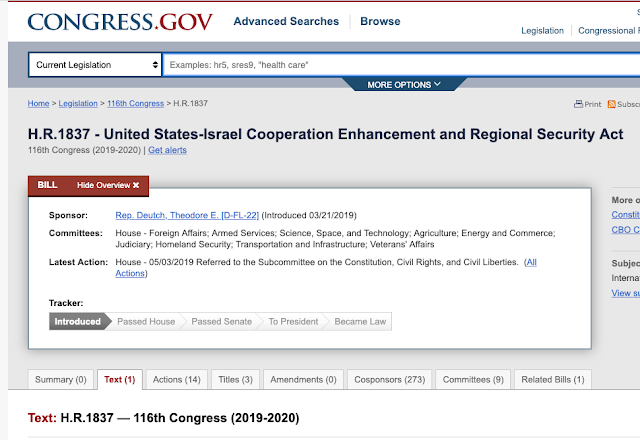 Listen to the commentary, starting at 20'56"