US general ‘confident’ about bringing down Iran’s drone, steps up US baseless claims 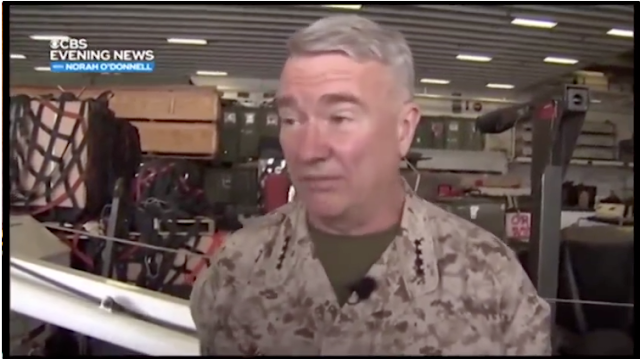 Iran has asserted that all of its drones are accounted for but CENTCOM Commander Gen. Kenneth McKenzie claimed in an interview with CBS News on Tuesday that he was “confident” about the first one.
"We're confident we brought down one drone; we may have brought down a second," McKenzie said, referring to the USS Boxer's encounter with an unmanned aircraft allegedly belonging to Iran.

PressTV-'US lies about downing Iranian drone'
A political commentator says the US claim of downing an Iranian drone is false since it has not shown the wreckage of the aircraft.
McKenzie’s comments stepped up Washington’s baseless claims for which it has released no footage so far.
Moving between the Persian Gulf and the Gulf of Oman, the USS Boxer is said to have used electronic measures to take down a drone that the US claims was being operated by Iran.
"We believe two drones were successfully engaged," McKenzie claimed, speaking aboard the USS Boxer amphibious assault ship. "There may have been more that, you know, we're not aware of. Those are the two that we engaged successfully."
Iran has denied that it has lost any of its drones in a military confrontation with the US.
Commander of the IRGC’s Aerospace Division Amir-Ali Hajizadeh has called US President Donald Trump’s claim “a lie.”
“The lie told by Trump was so big that we believed it at first that they had been able to shoot down one of our drones,” Hajizadeh notedSunday.
Iran’s Islamic Revolution Guards Corps (IRGC) has also released footage captured by an Iranian drone flying over the Strait of Hormuz and monitoring a United States Navy vessel, belying the claim.

We have not lost any drone in the Strait of Hormuz nor anywhere else. I am worried that USS Boxer has shot down their own UAS by mistake!

1,599 people are talking about this
A few hours after Trump's allegation, Iran moved to reject his claim with Iranian Deputy Foreign Minister Seyyed Abbas Araqchi saying in a tweet that ““We have not lost any drone in the Strait of Hormuz nor anywhere else.”
US National Security Advisor John Bolton told reporters at the White House on Friday that the Trump administration may release video of the incident later.

drones, will use them if

Navy Commander Rear Admiral Hossein Khanzadi says Iran is in possession of intercontinental drones and will definitely put them to use if the need for a long-haul mission arises.
Elaborating on Iran’s drone capabilities in an interview with the Young Journalists Club (YJC) published on Tuesday, Khanzadi said the country monitors American ships in the Persian Gulf and has “complete images and a large archive of the daily and moment-by-moment movements” of the vessels belonging to the US and its allies.

“We can bravely declare that we observe all enemy ships, particularly Americans, point-by-point from their origin until the moment they enter the region,” he said, adding that Iran’s Armed Forces also possess information about the type of their missions and their conduct in the region.

“Our drones monitor their ships and warships from their entry moment and the monitoring process continues until they sail into the Persian Gulf and the Sea of Oman. Their behavior in the Persian Gulf, which is part of our identity and our backyard, is fully under watch based on international law and aviation regulations,” he said.

Today, he added, Iran manufactures drones as a low-cost piece of military equipment to keep watch on the region.
Asked about UAVs for intercontinental missions, the Iranian Navy chief said, “Yes, now we have this type of drones and will definitely use them if necessary.”
He also slammed the UK’s seizure of Iranian-owned supertanker Grace 1 in the Strait of Gibraltar on June 4, adding that the era of “bullying” in the sea is over, and that the interests and sovereignty of all nations should be respected.
He further referred to the June 19 unsafe maneuver by the British-flagged Stena Impero tanker in the Strait of Hormuz, which led to its detention by Iran’s Islamic Revolution Guards Corps (IRGC).

PressTV-Iran ‘probing unsafe maneuver by British-flagged ship’
A senior Iranian shipping official says Iran has been conducting a maritime casualty investigation into an unsafe maneuver by the British-flagged oil tanker seized in the Strait of Hormuz.
The British tanker, Khanzadi said, violated Iranian and International maritime law, entered the Strait of Hormuz from a busy exit lane, turned off its trackers, and had incomplete documents.
“Contrary to the Britons, the Iranian Armed Forces, including the Navy, acted within the Iran’s maritime law and international maritime rules” in the mutual ship detentions, he noted.
“The enemy observes us in some locations, but it is not capable of doing so some other places. The enemy should wait for a surprise from areas where it cannot see us,” he warned. 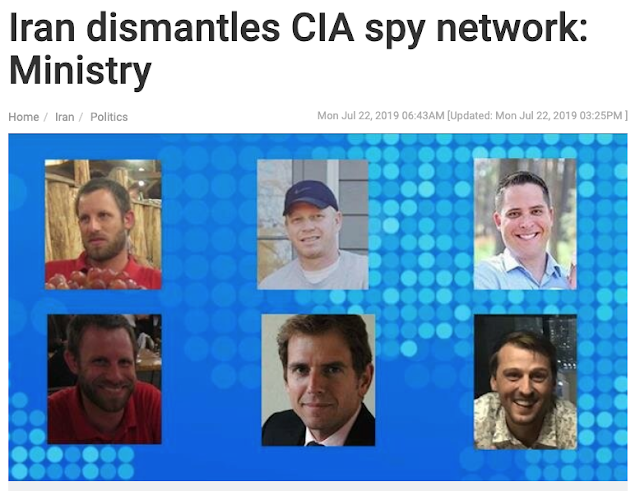