The water in the Hauraki Gulf of NZ is currently 15C in the heart of winter, I would have expected it to be down to 11C by now.

10.1 C off the coast of Greenland is catastrophic.

How is that supposed to support sea ice when September is the time for the minimum sea ice extent. Stand by to witness history of the very worst kind.

(Warmer than Lake Superior by the way - SMR) 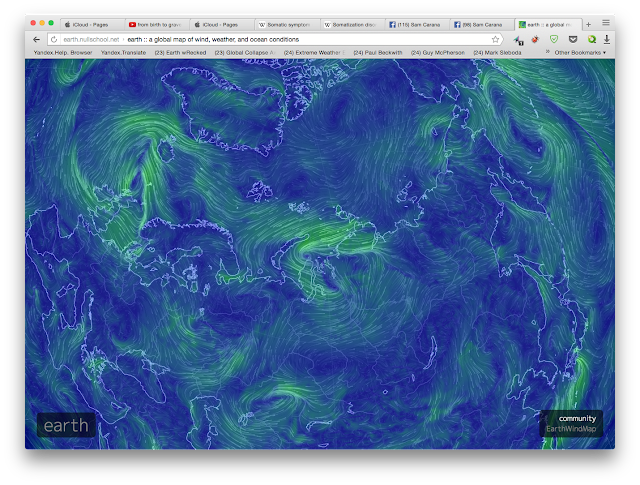 A storm is beginning to brew on the north coast of Siberia; wing 50km/hr; waves at 2.5m

Created by Sam Carana for Arctic-news.blogspot.com from


http://earth.nullschool.net/…
Posted by seemorerocks at 20:30