More on the TPPA

Current TPP deal 'unthinkable' for dairy
The dairy industry does not expect the Government to sign a Trans-Pacific Partnership trade agreement unless it includes a comprehensive deal for the sector. 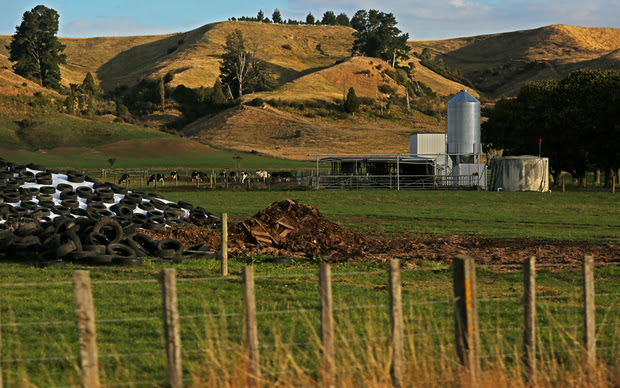 Ministers and officials from the 12 countries involved began meeting yesterday, with the aim of concluding conclude a deal by Saturday.

New Zealand Dairy Companies Association (DCANZ) chairman Malcolm Bailey, who is observing the TPP talks in Hawaii, says the next 48 hours will be crucial.

"We know at this stage that the offers that are being made are way below what needs to be offered to New Zealand for us to push on and seek a conclusion of these negotiations.

Japan's position on the automotive industry was a parallel for that, he said.
"They won't do anything unless the auto sector, their number one sector, gets a good outcome, so it's just unthinkable that we could have a deal that doesn't offer significant benefits for dairy."

Mr Bailey said the industry accepted that it would not get what it had originally sought from the deal, but the outcome still had to be worthwhile.

''If we go back to the beginning, tariff elimination over time was the goal. We have accepted the fact that we're not going to get all of that, that we are talking about some quota access into markets.

"We believe there has to be material, meaningful new commercial trade flows created and we're not being more specific than that, at this stage."
Mr Bailey said the United States was in the dominant position to decide the possible outcome for the dairy sector.

He said the US, not New Zealand, was the biggest dairy exporter in the TPP region and it needed to consider the benefits it would gain from breaking down dairy trade barriers.

"China's being talked about as a potential further member of TPP, so we just think that the US in particular is not reading this the right way, in terms of the potential growth of their dairy sector and growth of dairy exports, because if they don't do an ambitious deal on dairy trade here, now, they're really snookering themselves, going forward.

"We just think it's a strategic miscalculation."

Federated Farmers said New Zealand should walk away from the Trans-Pacific Partnership trade deal if there is nothing in it for the industry. 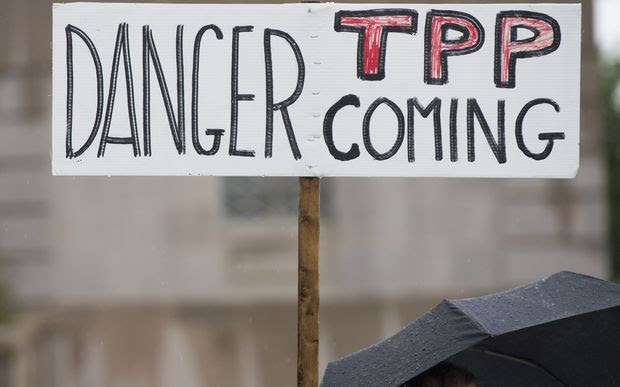 Its dairy spokesman, Andrew Hoggard, said he was disturbed by reports that other countries at negotiations in Hawaii were trying to shut out New Zealand milk from their markets.

"I struggle to see why we should be part of it if it's not going to encompass our biggest industries. The Japanese wouldn't bother being part of it if automotive wasn't in there."

Mr Hoggard said the current tariffs on dairy exports to Japan and the United States make exporting to those countries uneconomical for New Zealand farmers.
New Zealand's special agricultural trade envoy, Mike Petersen, who is also there, said concessions being offered so far to reduced dairy trade restrictions were not good enough, and there would need need to be progress on that over the next two days before New Zealand could accept the deal. 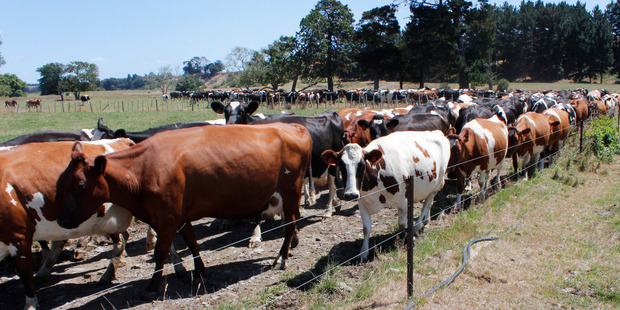 Nathan Penny, ASB rural economist, said falling dairy payouts might force more farms on to the market and global buyers were likely to consider snapping them up.
"Overseas interest is there and I think it's more likely to become more regular. That interest will continue to flow in gradually, very much international from Europe, the United States and Australia," Penny said.
"There's quite a lot of money washing around looking for a home. International and domestic interest rates are very low, so people are less likely to look to put money into assets that have low returns. They're looking for things where the returns are likely to be higher and where there's a good solid asset to back it so agriculture has become more popular than it has been in the past," he said.
"Land is a long-term investment and overseas investors will have very long-term horizons and they're less likely to pull out, but see this as a good chance to buy if the asset values are falling."
Penny expected more farms to hit the market.
"There's normally a strong relationship between milk prices and rural land prices. What we've seen this last time is the milk price for the season just finished is about half what it was in 2013/2014. It's a chunky drop.
"We haven't actually seen much movement in land prices which is a bit of a surprise but now we're going to have another low season, we do think eventually that will filter through to land prices," Penny said.
"There will be a level of stressed sales or even forced sales. There will be some restructuring within farms, so farmers may look to consolidate. They may have multiple farms and just sell some. In terms of farm sales, will the level increase? That's a little more complicated," he said.
"Generally, when things are buoyant the level of sales is higher so you wouldn't expect the level of sales to increase, but the prices would drop because basically there will be less willing buyers. The same rules that apply in the housing market will apply in the rural market."
Jacqueline Rowarth, professor of agribusiness at Waikato University and who has a 5 per cent share in a dairy farm, is hoping mortgagee sales can be avoided.
"The banks are trying not to foreclose. If they do, land prices will fall and other people will be in strife because their debt-to-equity ratio will be completely wrong," Rowarth said.
"So the banks are encouraging the dairy farmers to capitalise the interest on their loans, assisting in a positive route. They're trying to help with lower interest rates on any environmental aspects of dairy farming, so they're trying to help."
Brian Peacocke, Real Estate Institute of New Zealand (Reinz) rural spokesman, said it wouldn't be until later this year that the effects of falling dairy payouts might be reflected in sales volumes. But he doubts land prices would drop dramatically.
"The market has not yet reacted to where the dairy payout is," Peacocke said, referring to the latest Reinz figures which showed that for the three months to June, the median dairy farm sale price was $35,531/ha based on the sale of 64 properties. That was up slightly on the $35,281/ha for the three months ended May, based on 87 sales.
Dairy farmers are now busy with calving and they're "flat-stick, too busy with seasonal issues and they don't want anyone on the property", Peacocke said.
Come spring in September and October, the situation might have changed with potentially more properties changing hands but that data would not emerge until November, Peacocke said.
Falling interest rates and the falling dollar were just some of the factors offsetting lower dairy payouts, he said, so the news was not all bad.
"There's not [a] suggestion of forced sales," Peacocke said, adding that Reinz made no projections on land prices.

Key on TPP: 'Things are progressing along' 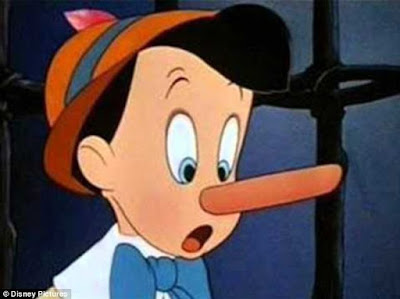