Clear from the start, whatever the truth of the three climate change reseachers' deaths that this was a case of 'attack the messenger' 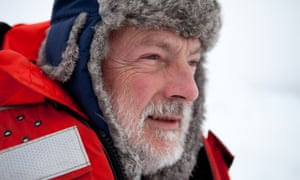 If you’ve read the story as it quickly spread across the conservative media in recent days, then your answer to this question would be a resounding “yes”.
But DeSmog asked Wadhams last night if he believed the deaths of scientists Seymour Laxon, Katherine Giles and Tim Boyd were anything other than tragic accidents.

Wadhams told us: “No, they were clearly accidents.”

As reported in The Guardian, Wadhams has complained to the UK press watchdog the Independent Press Standards Organisation about the original story in The Times, written by Environment Editor Ben Webster.

Webster’s story, carrying the headline Climate scientist fears murder by hitman, quoted Wadhams as saying the deaths were “too bizarre to be accidental”.

In the story, Professor Wadhams, an expert in ocean physics at the University of Cambridge, is also said to have questioned if his own near miss with a lorry might also be linked to the deaths of his colleagues.

Professor Seymour Laxon died in January 2013 after falling down stairs at a New Year's Eve party in the UK.

Dr Katherine Giles, a colleague of Laxon’s, was killed a few months later while riding her bicycle to work at University College London.

Dr Tim Boyd also died in January 2013 while walking near his home in Scotland after apparently being struck by lightning.

But in his complaint to IPSO, which Wadhams shared with DeSmog, he states that he had told Webster that “for a short time” he had thought the three may have been killed, but that it was “very clear” that after all three were investigated they were indeed accidents.

In the complaint, Wadhams says that he had requested to Webster that the conversation about the deaths be “completely off the record” because he “did not want to be made out to be a crazy person”. He says he “did not make any of the statements enclosed in quotation marks by the reporter”.

Wadhams also told DeSmog that he believed the story in The Times was “part of a concerted campaign against climate change awareness” by the Murdoch press.

The Times has defended the story, telling The Guardian that it stands by the story and that it has a recording of Wadhams making the published statements.

Wadhams told DeSmog that if such a recording exists, it would illustrate that “Webster said that confidentiality would be respected, that this was off the record, and that he would contact me if he wanted to do anything with it.”

Another major UK newspaper, The Daily Telegraph, quickly followed up the story, apparently with new quotes from Wadhams.

Wadhams has told DeSmog that he did take a call from The Daily Telegraph, but “I didn’t tell them anything”.

After seeking clarification, Wadhams told DeSmog that the Daily Telegraph story was “innacurate and quoted me wrongly” but did not provide details, saying he was “weary of the continuing harassment from which I have been suffering” and no longer wanted to communicate “with any kind of journalist”.

DeSmog is attempting to contact the Daily Telegraph for clarification.

In 2012, Wadhams predicted that the Arctic would “probably” be ice-free during the months of August and September by 2015 or 2016.

Webster had initially contacted Wadhams for comment on a scientific paper published in Nature Geoscience that had recorded an increase in the volume of ice in the Arctic between 2009 and 2013, something the authors have said is likely temporary as the region continues to warm.

Clearly Webster decided Wadhams’ apparently off-the-record comments about his initial thoughts about three tragic deaths two years ago were more newsworthy.
Since The Times story appeared, outlets across the world have repeated the central claim that Wadhams believes his colleagues were murdered.

Conservative outlets Breitbart and The Daily Caller and Australia-based News Corporation blogger and climate science denialist Andrew Bolt have all used the story to ridicule Wadhams.

Other newspapers, including The Independent (UK), the Daily Mail (UK) , The Age (Australia), Sydney Morning Herald (Australia) and The Dominion Post (New Zealand) all published versions of the original stories either from The Times or The Daily Telegraph.

Many of the stories were published before The Guardian made public Wadhams' complaint to IPSO but none appear to have checked with the scientist before publishing.

Below is the complaint in full which Wadhams told DeSmog he had sent to IPSO.

The writer of this article, Ben Webster, phoned me up cold in my office at Cambridge University on Thursday 23 July, saying that he was writing a piece on the retreat of sea ice in the Arctic, and whether it was increasing or not. We discussed the scientific data, then he asked who else was working in this field in the UK, in order to contact them. I mentioned that there are not many others in this field, since three of the leading figures died within a short space of time in accidents in 2013. He asked for further details. I asked that this be completely off the record because of (a) the sensibilities of relatives of the deceased (Prof Laxon’s partner was particularly upset by the subsequent publication), (b) my own scientific reputation (I did not want to be made out to be a crazy person), (c) the fact that these deaths were investigated and were very clearly simply an extraordinary coincidence. He raised the question of whether they were murdered. I agreed that for a short time I thought that they were, since I had had the experience of being run off the road at the same time by a lorry, but that it was very clear afterwards that the three deaths were individually explainable accidents. I did not make any of the statements enclosed in quotation marks by the reporter. Webster promised that this was in confidence and that if he wanted to use it he would contact me first. The next thing I saw was the article plastered over Saturday’s “Times”. He had clearly done some research in procuring photographs, but did not bother to contact me, and broke his promise of confidentiality. The publication, subsequently picked up by the Sunday Telegraph and Mail on Sunday, has substantially damaged my reputation for scientific integrity, and I believe that this was the deliberate intention, since the Murdoch organization is known to be fanatically opposed to climate change and to have sunk on many previous occasions to low tactics in attempts to discredit climate change researchers. 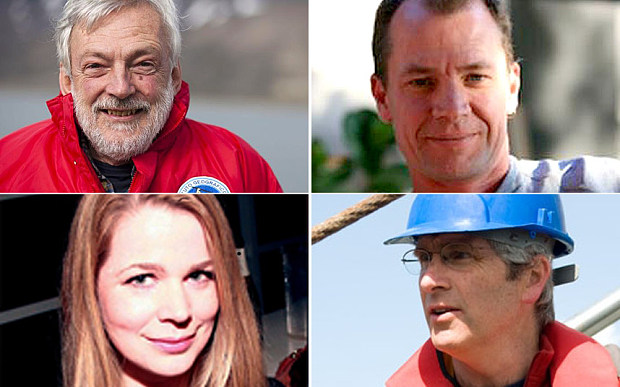 Cambridge professor Peter Wadhams says he was misquoted in a story about the deaths of three leading British scientists in 2013
Posted by seemorerocks at 18:39