Tom Hartmann on capitalism and the planet

Greed and Capitalism Have Wrecked The Planet

The planet is in the middle of a mass extinction event, where life on earth is dying off at an alarming rate. And scientists are clear about the fact that this extinction event is a direct result of human activity. But the climate change deniers refuse to let us take action as a country.


Unregulated Capitalism is Destroying the Planet 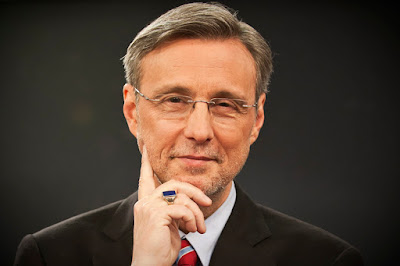 We are in the middle of the first great mass extinction since the end of the age of the dinosaurs. That’s the conclusion of a shocking new study published Friday in a journal called Science Advances.

The study also found that as many 477 different vertebrate species have disappeared since 1900, a mind-boggling statistic because it usually takes between 800 to 10,000 years for that many species to disappear. In terms of the bigger picture, we really haven’t seen this kind of planet-wide holocaust since an asteroid wiped out T. Rex and friends over 65 million years ago. And that isn’t a coincidence.According to the scientists behind the vertebrate study, their data reveals an “exceptionally rapid loss of biodiversity over the last few centuries, indicating that a sixth mass extinction is already under way.” So that raises the question: if a sixth mass extinction is under way -- what’s causing it?

The answer, it turns out, is easy -- arrogance, greed, and the belief that we as a species can continue to exploit natural resources without any regard for the effect that such behavior has on the world around us. One of the most important points the Pope makes in his new encyclical on the environment is that the source of our current ecological crisis is actually an ideology, the ideology of unregulated capitalism.

"The idea of infinite or unlimited growth,” he writes, “which proves so attractive to economists, financiers and experts in technology…. is based on the lie that there is an infinite supply of the earth's goods, and this leads to the planet being squeezed dry at every limit."

As the Pope goes on to explain, we have now turned unregulated capitalism into the new God, and as result, we now see the Earth as something to dominate as a opposed to something we hold in trust as part of the great chain of being. This is really the story of Western civilization as a whole, but things have gotten a lot worse since the Reagan revolution and the “greed is good” era of the 1980s.

Before Reagan came to town, we were actually having a conversation about how to moderate our culture’s tendency towards greed and exploitation. The EPA was created, and so was Earth Day. And thanks to people like Rachel Carson, we were actually taking the time to think about how the hunger for profit was hurting our planet and our health.

But ever since the Reagan Revolution, we’ve become addicted to the pursuit of “growth.” Instead of thinking about how to become better stewards of the Earth, we now worry about how to make markets more “efficient,” and the environment be damned. Unregulated capitalism - also known as Reaganomics - is our new religion, and we’re just as fundamentalist about it as the Taliban are about Islam. And that’s a really important point.

Going forward, we’re going to have to make some important policy choices if we want to stop most life on earth from vanishing forever - including, perhaps, us. We’re going to have to better manage natural resources, abandon fossil fuels, and decentralize our energy system. But we also need a revolution in terms of the way we think.

As the Pope said, “We need to reject a magical conception of the market, which would suggest that the problems can be solved simply by an increase in the profits of companies or individuals."

For too much of our history, but especially since the 1980s, we in the Western world have seen the planet as something to be exploited for profit. We’re now addicted to an extremist ideology and that extremist ideology is literally killing us.

So if we want to save the planet, the environment, and probably the human race, we’re going to have to let our belief in unregulated capitalism go extinct.